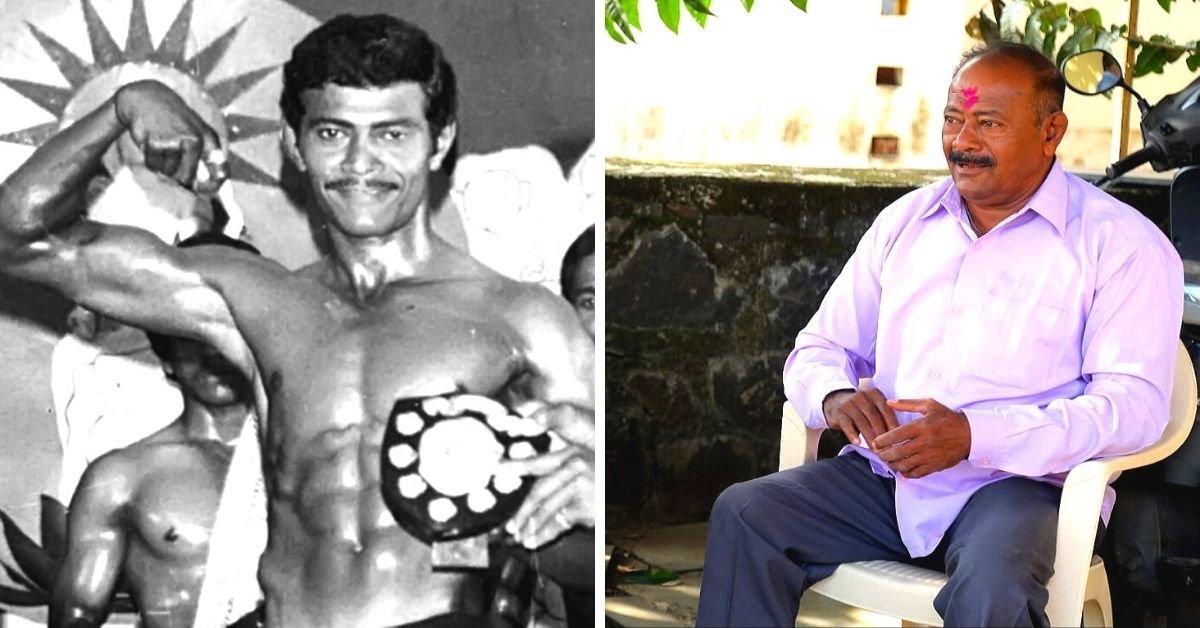 Kiran Bavadekar from Kolhapur contracted polio at 3 but still went on to pursue wrestling and bodybuilding professionally. Today, he is a fitness trainer, where 300 of his students have joined the Indian Army or police force.

Till he turned 15, Kiran Bavadekar, who suffers from Polio, dragged his legs to move around. Then, at 20, he became a national bodybuilding champion and a professional wrestler in the early 1980s. And today, he is a fitness trainer and the owner of a gym. His physical training is no ordinary feat as over 300 of his students have gone on to join the Indian army or the police service.

Kiran, a resident of Nigave Dumala village in the Kolhapur district, Maharashtra, has experienced a personal tragedy and gone on to shatter prejudices around disability by aiming high. He happens to be one of those rare athletes who transcended other fields like swimming, farming and banking, proving that no amount of mocking or challenges can get the better of him.

“In this day and age, anyone can be whatever they want to be as long as they stop seeing themselves from an outdated perspective. I have always believed disability lies in the eyes of the beholder. I never saw myself any different from the rest and worked as passionately as others to pursue my desires,” Kiran tells The Better India.

Having contracted polio below-waist at the nascent age of three, he had two accidents thereafter that rendered his leg with 75 per cent polio and inserted with six rods. Growing up in a place where the disabled are looked down upon and mocked, the biases and unfair treatments from the wrestling world and lack of institutional support only made it worse.

In such a scenario, even the ones with the strongest willpower would give in and accept their fate but not Kiran. He was not ready to be dictated by conventional norms. 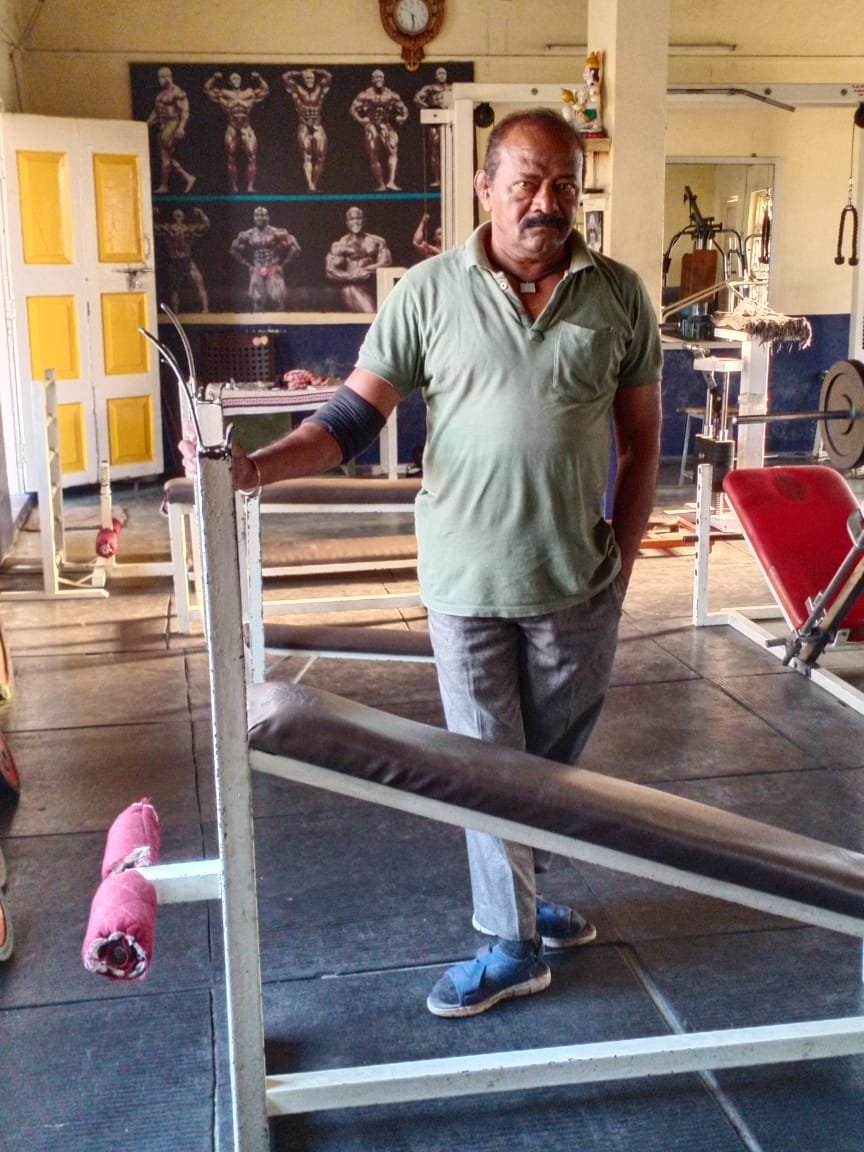 Escaping Prejudices, One Night At A Time

After Haryana, it is Kolhapur that has produced legendary wrestlers or pehalwans including Khashaba Dadasaheb Jadhav, the first Indian to win an individual medal at the Olympics. It was all thanks to Chhatrapati Shahu Maharaj that the region is famous for having the beefiest men. He is known to have built hundreds of Taleems or Akharas (wrestling grounds).

So, it is not surprising to find at least one member from most rural families learning the sport. Kiran’s father, Balwant, was one of them. He also excelled at Kho-Kho and Kabaddi. Naturally, the fighting spirit and sportsmanship were passed down to Kiran. His late father stood beside him like a rock and on his encouragement, Kiran decided to pursue a career in fitness.

The path that Kiran had embarked on was anything but easy.

Kiran recalls, “In school, when I expressed my desire to learn physical fitness, my classmates called me names and shamed me. I was nothing more than a pangya (a Marathi slang for disabled) and even my trainers did not pay any heed to me. Why would anyone invest time and efforts in someone who couldn’t even walk properly?”

Not one to give up just yet, Kiran started self-coaching at 15 in an abandoned akhara. To escape from the laughs and jibes, he would practice from 10.30 pm to 5 am in the morning in isolation. It was then that he shed his inhibitions and doubts as no one was around to judge him. Kiran would do push-ups by tying a rope around his waist. In the process, he injured himself and fell innumerable times but still kept going.

One night, Tanaji Patil, a fellow villager, saw Kiran fall from a distance and approached him. He says, “After knowing my story, he asked me if I wanted to learn wrestling. I immediately said yes and that’s how it all began.”

For the next one year, Kiran learnt the sport with utmost focus, perseverance and discipline. Since his lower body had limitations, Tanhaji focussed more on upper body moves. The duo would wrestle daily for three hours at dawn. 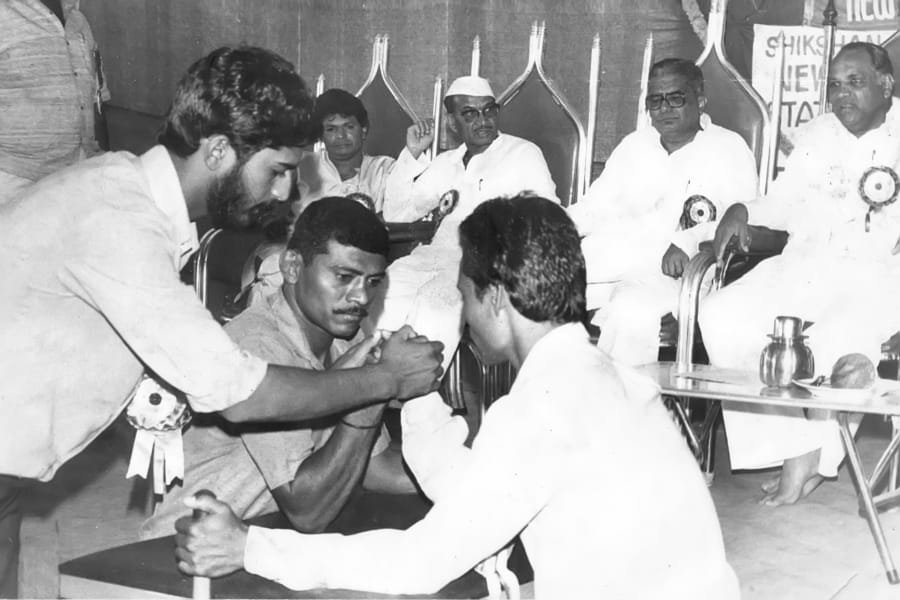 At 16, Kiran played his first match in a neighbouring village, Wadange, and lost. Wrestling with a professional was a different ballgame. Thankfully, by virtue of wrestling being a popular regional sport, he received ample opportunities to strengthen his game.

His clever moves, swift techniques and strong physique would help him clear elimination rounds. However, no one allowed him to play in the final round due to his disability.

“The organisers didn’t even give me a chance to prove myself. This pattern continued for the next couple of years. I participated in over 300 competitions and won a couple but it was time to quit.”

In the 1980s, Kiran explored bodybuilding under his guru Saurabh Salunkhe. He encouraged Kiran to participate in the disability category. Between 1981 and 1990, Kiran won several competitions like Gokul Kesari and All India Open Handicapped Sports Meet.

The body-building journey too came with a share of heartbreaks. Despite qualifying for the Moscow Olympics and a few international competitions, Kiran’s dream to be the best bodybuilder never took shape due to a lack of funds and support from the government.

This was around the same time when his father was on the cusp of retirement. Kiran took up odd jobs alongside his fitness routine to support the family. He juggled multiple jobs like a clerk, bank cashier, P.E. teacher and weight loss trainer, for the next five years. 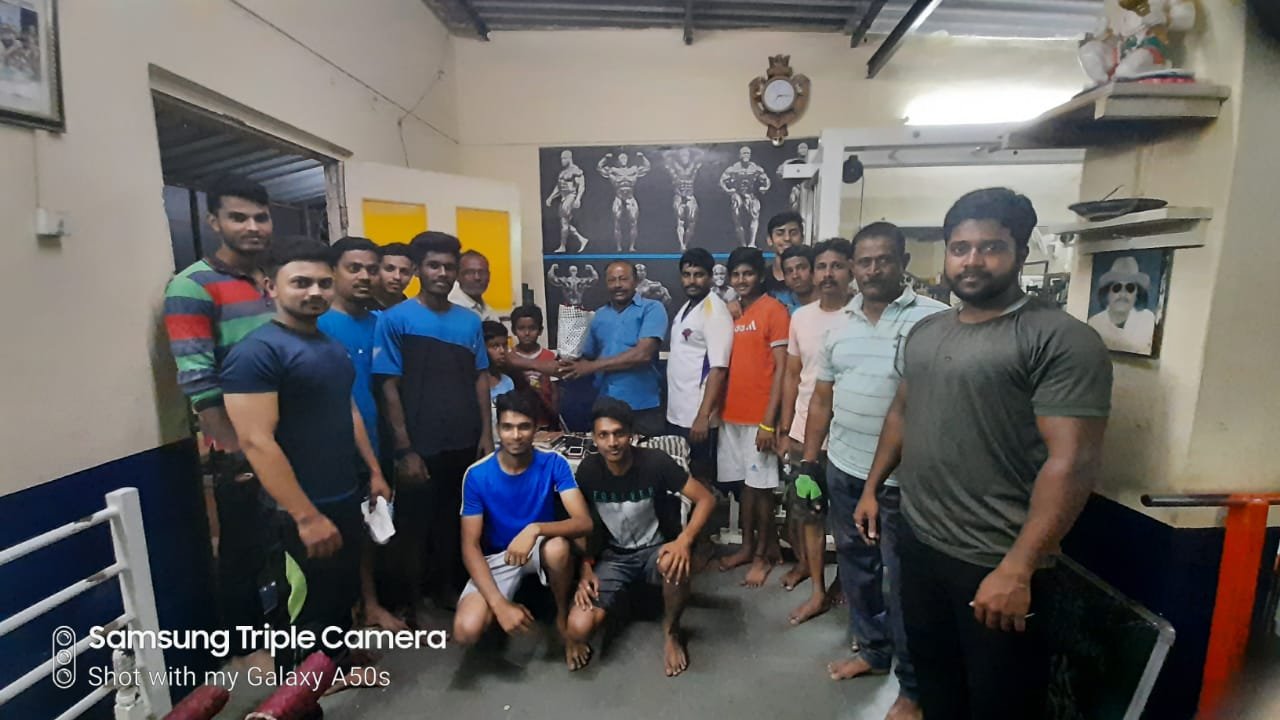 Finally, in 2000, he quit all his jobs, except the bank, to launch his own gym with an aim to provide fitness facilities to rural children. His was the first gym in the village and so it was an instant hit. He started with monthly memberships at Rs 10 which has now increased to Rs 300.
Here, he trains members from 5 am to 8 am, post which he goes to the bank and starts the evening shift. He guides patrons at the gym on weight loss, diet and nutrition and physical fitness. Even at 60, Kiran does not miss out on his exercising routine.

Most of his students want to join the armed forces or the police department. According to him, more than 300 of his students have cracked the physical test for both forces. He claims to have taught around 2,000 students so far. 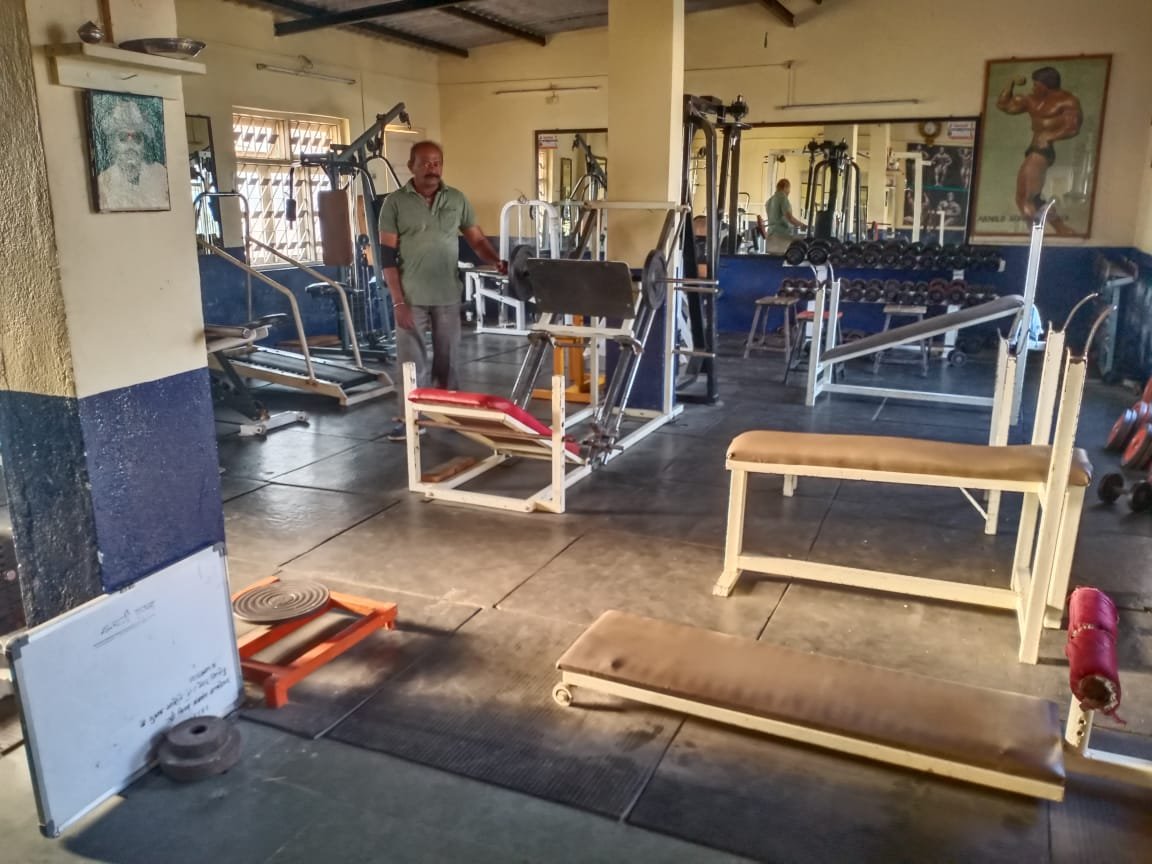 What makes him an excellent mentor and trainer is his ability to give personal attention to each of his students. He takes a keen interest in everyone’s story and reasons to join the gym. Upon learning that a student cannot afford the fees, he either gives a waiver or teaches for free.

Sambho Anand Rao, one of his students was inspired by his story and joined the gym seven years ago. The 27-year-old now aspires to join the police force. “Kiran sir has mentored me in many ways, including giving me a definite career path. I will soon appear for a physical test for MPSC PSI (police sub-inspector). I hope to make him proud,” he tells The Better India. 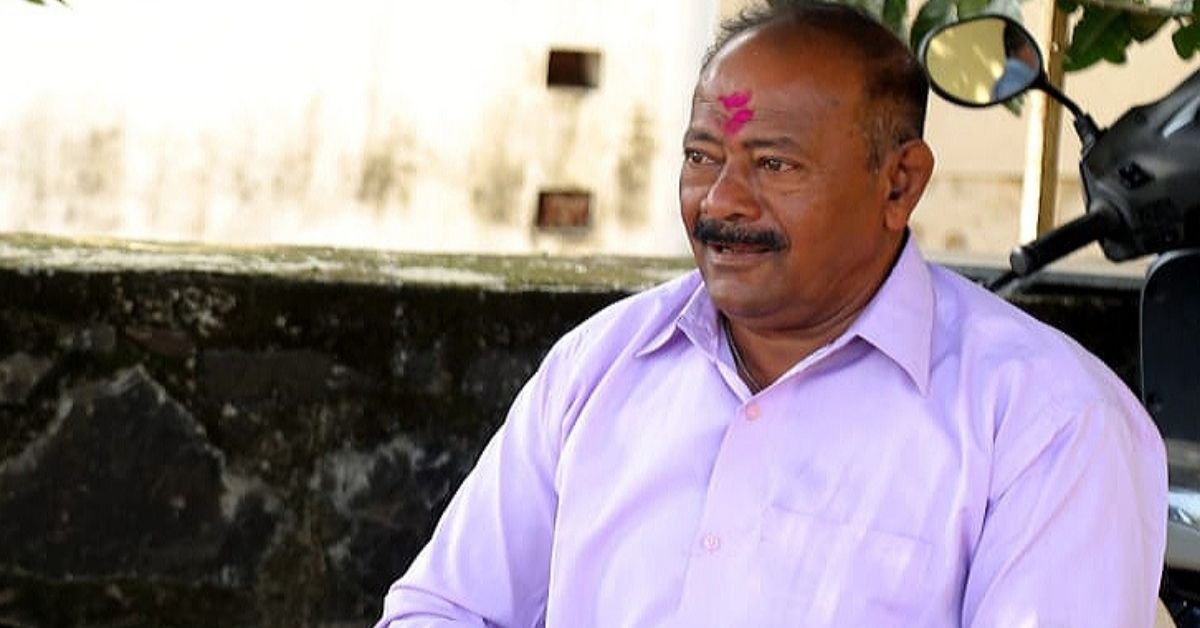 Kiran has donned many hats with equal aplomb, whether it was defeating Tanha ji on abandoned land, working as a bank cashier, redefining norms vis-a-vis disability, upholding the spirit of wrestling or integrating the importance of fitness in future generations. He says there was never any room for complaints or regrets in his life. And he now hopes to continue this till his last breath.