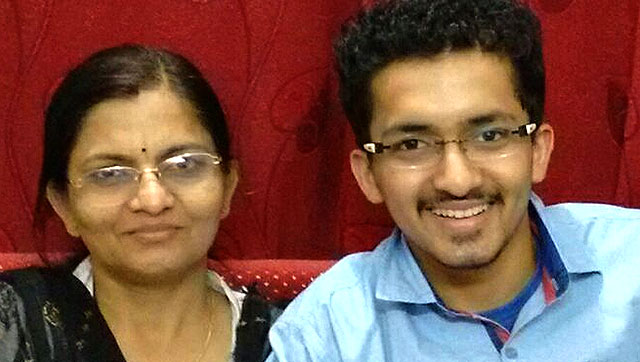 The results of all boards and grades are coming out in a flash and people are jubilant, sad, anxious and proud – all the same time. Some have done well, some have not. People are cramming the pass and fail statistics and gushing or not over the overall percentages. In the hype of results, much gets lost. People stick by numbers and fail to see the human behind them.

Numbers are not irrelevant, far from it, but they alone should not mean everything. There is a story, a meaning, a reason, a struggle or ease behind each of them. And here is one such inspiring tale.

Tusshar Rishi appeared for his grade ten finals and came out with a perfect 10 CGPA. Considering the results statistics, he might be just one of those names who managed to do so well. But without undermining any effort that anybody else put in, we have to step up and commend this boy for his courage and brilliance. He is much more than his CGPA.

In the early months of 2014, Tusshar was diagnosed with bone cancer. He was getting treatment at All India Institute of Medical Sciences (AIIMS) in Delhi for 11 long months and only got to return home to Ranchi in January.

He studies in Delhi Public School, Ranchi, and with just two months remaining for the exams, things were not looking up. So many technicalities involved in missing a school year and even with medical grounds, the procedure is not that simple.

His school stepped up and sent a special request for permission to appear in the board examinations to Central board for Secondary Education (CBSE), and the request was granted. Tusshar delivered the fruits of the request by his immaculate performance through his efforts.

Tusshar lives a normal life. His current state of health is just fine. Though, since there is a chance of relapse of cancer, he takes some precautions in his regular life, like visiting AIIMS every 3 months for routine check ups.