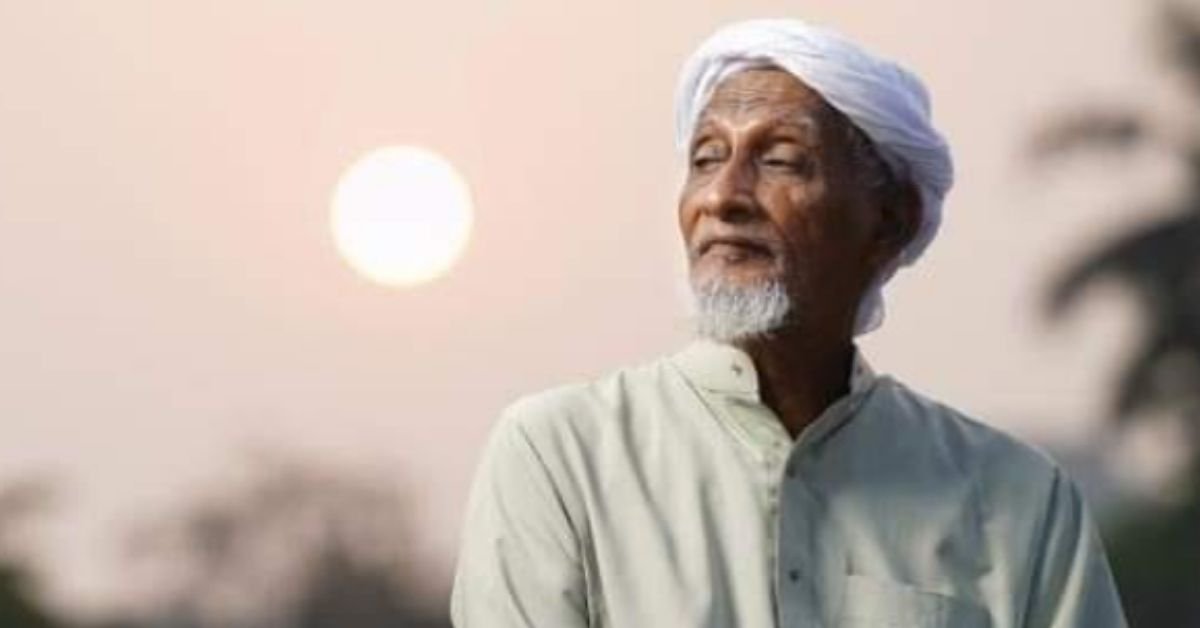 Ali Manikfan from Lakshadweep was honoured with a Padma Shri under the category of ‘Grassroots Innovation’. Here’s his amazing life story.

The year was 1981. Legendary actress Nargis Dutt had breathed her last. Ronal Reagan was sworn in as the 40th President of the United States. Infosys was established in Pune.

Meanwhile, Ali Manikfan was patiently awaiting an Irish Voyager, Tim Severin, in Minicoy, the southernmost island in Lakshadweep. In his hands he held a small briefcase, with two pairs of white Arab attire. He was geared up to travel to Oman.

For Manikfan, the biggest development of that year was about to unfold. Tim had hired him to build the Sohar ship, a replica of the ship that Sinbad, The Sailor once voyaged in. He welcomed Tim on the island. Minicoy is known for its seamen and, more importantly, for supplying the ropes that were used to build Arab ships in the medieval era.

The duo spent the next few days collecting coir, which had been hand-rolled from the best quality coconut husks. Manikfan arranged for Aini, a variety of wood used largely to make Kerala’s famous snake boats.

It was Dr Santhappan Jones, a marine biologist at the Central Marine Fisheries Research Institute (CMFRI), who had recommended Manikfan’s name to Tim when he’d requested for a supervisor. Tim was surprised to find out his supervisor was a school dropout.

“He is a man in a million, announced the letter, and he can speak 14 languages, and will follow up any subject that interests him. ‘Man in a Million’, as I tended to think of him from the moment onward, lived up to his recommendation,” writes Tim in his book, The Sindbad Voyage. He goes on to talk highly of Manikfan’s “well-honed sense of dignity and abilities”.

With a team of 30 carpenters, Manikfan and Tim reached Muscat to build an 80-foot long and 22-foot wide ship from traditional material like wood and coir. “We worked round the clock for a year. We hand-sawed the planks. In place of metal, we used timber. It was named Sohar, after a town in Oman. Tim sailed for about 9,600 km from Oman to China on it,” Manikfan tells The Better India. The ship is now displayed at Oman’s National Museum of Maritime History.

For someone of his calibre and knowledge, it is hard to believe that Manikfan, 82, lives a private and simple life in Olavanna, a town in Kerala’s Kozhikode district. Taking after his ancestors, he is self-reliant, and grows his own food, breeds fish, tends to coconut trees, and generates electricity via solar power.

To his neighbours, he is akin to a grandfather, enjoying his retired life after working at the CMFRI. In fact, many were surprised when they saw his face flash across their television screens when he bagged India’s fourth-highest civilian award, the Padma Shri, in January this year. He was honoured under the category of ‘Grassroots Innovation’

Shri Ali Manikfan is a Marine Researcher & Ecologist from Minicoy Island in Lakshadweep. He is known for his multi-talents including agriculture and command over multiple languages. He will be awarded Padma Shri 2021. #PadmaAwards2021 #PeoplesPadma pic.twitter.com/iQuuCcXhqU

Not one to be swayed by awards and accolades, Manikfan says he was embarrassed when a sea of people visited his house to congratulate him. At some point, he even instructed his wife to answer calls on his behalf, and tell people he was asleep or busy.

As he narrates this incident, he senses my confusion and quickly clears the air, “Don’t misconstrue me, I am honoured to receive the award. But I dislike the recognition. I prefer to be like a flower in a desert, which blooms and fades away.”

Underneath Manikfan’s humility and soft spoken nature lies a myriad of accomplishments in different fields, such as shipbuilding, marine and marine research, geography, astronomy, fisheries, agriculture and sustainability. He may have only studied till Class VII, but that didn’t stop him from acquiring the label of a polyglot. He can speak 14 languages, including English, Hindi and Malayalam, Arabic, Latin, French, Russian, German, Sinhalese, Persian, Sanskrit, Tamil and Urdu.

We trace Manikfan’s history from the Lakshadweep Islands, and how he went from dropping out of school willingly, to making his mark alongside scholars and experts.

‘I discontinued school, not learning’

Manikfan’s father was a court clerk, and his grandfather was a fisherman. He was introduced to the world of oceans and fishes from a young age. He would often tag along with his grandfather, and on those sailing expeditions, Manikfan learnt all about fishing. He moved to Kannur in Kerala for his education and stayed there for a few years before returning home, “I found formal education to be very theoretical, and wondered how it would help me get better at life skills. I was learning more from sailing than in school.”

Alongside helping his grandfather, Manikfan started volunteering at the lighthouse and meteorology department, where he learnt how to fly Hydrogen balloons to assess the weather. He learnt star gazing. He dabbled in several jobs, and went from being a teacher to a clerk, and finally, being appointed as a lab boy at CMFRI in Rameswaram in 1960.

At CMFRI, he acquired immense knowledge and information about fishing. Many officers at the centre were impressed to see how easily he was able to recognise 400 different types of fish. “My grandfather taught me how to identify fishes based on their colour, fins, and the thorns in their fins. Dr Jones spotted my talent and took me under his wings. I have caught various rare species and as a token of appreciation, the department named a fish after me — Abudefduf Manikfani,” he says.

Manikfani took voluntary retirement after returning from Oman and moved to Vedalai in Tamil Nadu. He started working at a garage, where he once dismantled a car engine. This led to his first innovation. He built a battery-operated roller bicycle in 1982, and travelled to Delhi with his son.

He also ventured into sustainable agriculture and converted a 15-acre barren land into a mini-forest. In Vedalai, he built his own house using traditional material and installed windmills to generate electricity. In 2011, he moved to Olavanna.

In the last six decades, Manikfan has travelled extensively and lived in different regions. This, he says, has been his school. The biggest testimony to his belief system are his four children, who never received formal education, “My son is in the merchant navy and daughters are all teachers.” he adds. “Although I quit school, I never stopped learning. Nature teaches you to be self-sufficient, and people are, in a way, teachers too. If you listen closely, every conversation can be enlightening,” he says.

Watch his documentary made by Maajid Azhicode here: