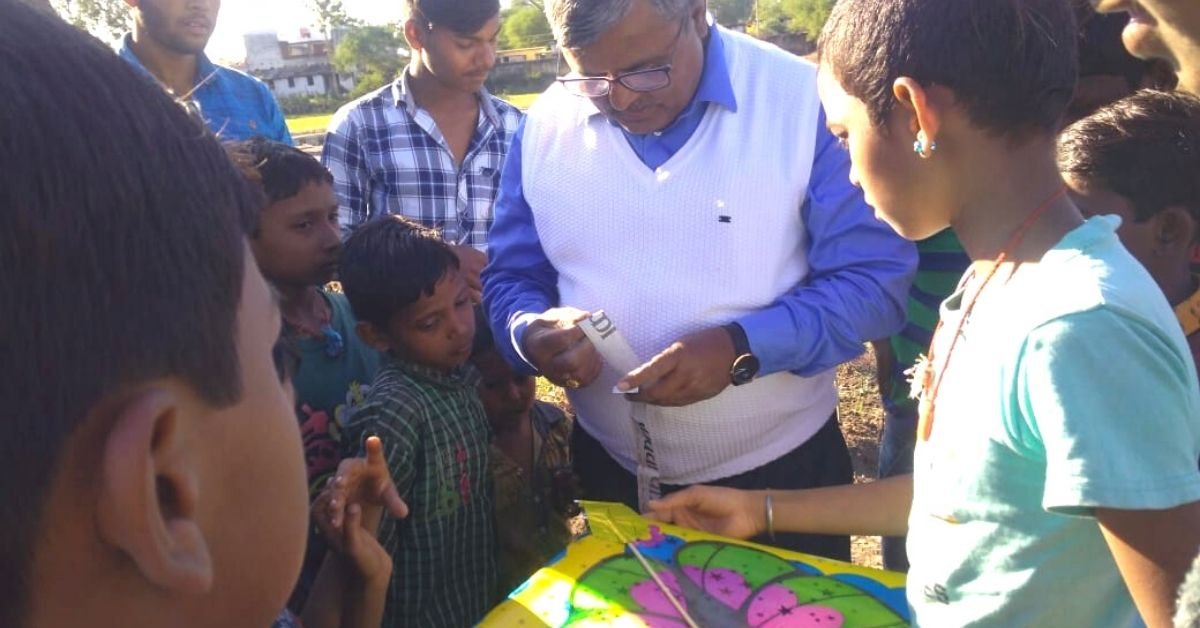 Lokesh Sharan, a teacher from Samastipur in Bihar, converted the porch of his house into a makeshift classroom where he teaches school children for just Re 1

On any given day, 61-year-old Lokesh Sharan carries a box of chalks, a duster, and pens in his bag, so he won’t miss out on any opportunity to teach children, no matter where he goes. For years, the Samastipur, Bihar resident taught hundreds of school children at the institute started by his father. But in 2013, the school shut down.

Lokesh took to teaching kids on the porch of his house — for Rs 1. Going beyond his professional obligation to create a capable young generation, he helps underprivileged children excel in academics.

A native of Sitamarhi, Lokesh completed his BA in 1986, and moved to Keonta village in Samastipur to pursue a B.Ed degree in 1988. “My father was a teacher and later became the headmaster of Bal Sainik Vidyalay, the primary school that he started in 1983. He always believed that teaching was a noble profession and helped serve the country by creating an educated younger generation,” he says.

Soon after graduation, Lokesh began teaching children at his father’s institute. Aware of better education practices, he decided to assess the status of schools in his village. In 1990, he set out to survey his village, with a list of 22 points that would determine the quality of education in schools. 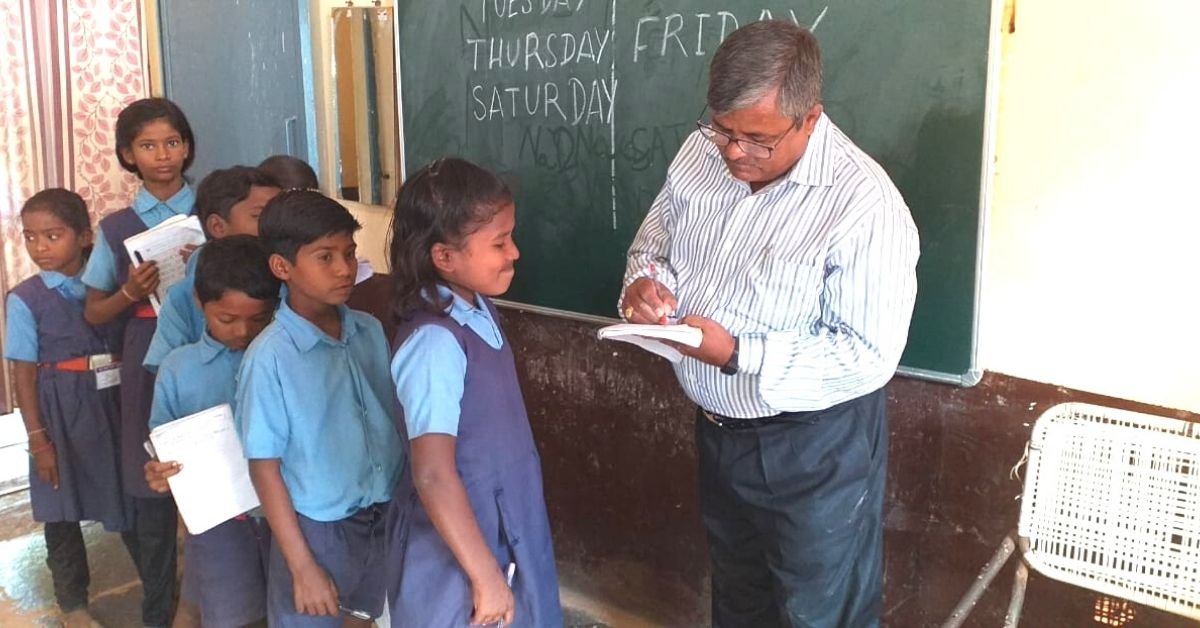 “I learned that many schools did not have good blackboards, or lacked the necessary infrastructure. I saw teachers educating students under a tree. There was no check on the sincerity of teachers, because of which the students suffered. I even clicked pictures of all the poor state of affairs in the schools,” he says.

Lokesh shared his data with the principal at the Government Teacher’s Training College, where he had pursued bachelors in teaching. “He said the information was valuable and suggested I share it with then district magistrate RK Sinha. The DM took note of the issue and ordered an inspection. Confirming the poor conditions, he released contingency funds for 22 schools,” he adds.

Lokesh also shared his findings from the survey with ministers and politicians. He requested they work to improve the quality of education. However, it was only in 1991, when an editor of a newspaper in Buxar came across his work at an event, and asked him to write articles about it. “The then editor, Shrikant Parde, was impressed with my investigative skills and asked me to work as a journalist. So from May 1991 to 2013, I worked as a teacher in the mornings, and a journalist in the evening,” he says.

In 2013, Lokesh’s father’s school shut down. “My father was not in favour of the pomp and show of putting attractive infrastructure to lure parents of the children for admissions. He wanted to focus on education, and as children moved away to schools with better amenities, funds reduced, and the institute had to be closed,” he explains. 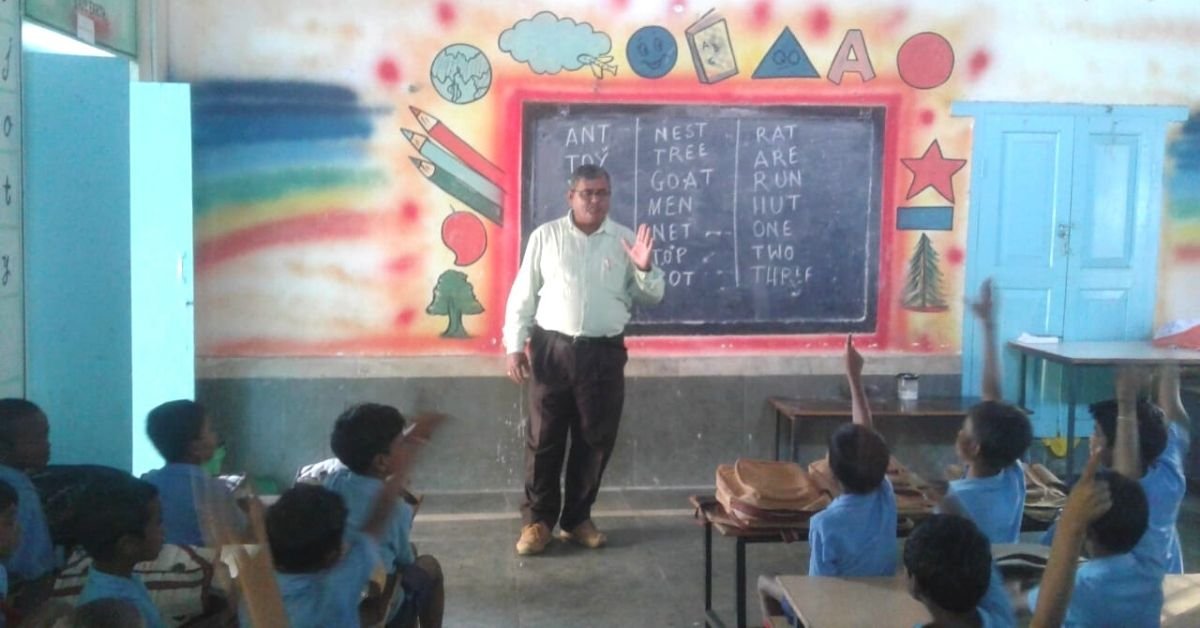 But the setback did not deter Lokesh. “I converted the porch into a makeshift classroom by setting up benches, and painted a blackboard. The setup accommodates about 40 children,” he adds.

Lokesh says that charging a minimal sum of Rs 1 establishes accountability among the teacher and parents. “Parents can ask why their child is not doing well as they are paying for it. They will feel responsible for their child and take follow-ups on the progress. Meanwhile, some parents cannot afford monthly transport and school fees for their children. It serves as an alternate platform for them,” he says.

The classes take place daily in the early hours before school or after, as per the students’ convenience.

Lokesh has established this setup in Keonta and Sitamarhi. “Apart from clearing doubts, teaching, binding and stitching torn books, I emphasise on improving the students’ handwriting, encouraging extracurricular activities, and other aspects. Teachers focus on the subjects, but polishing writing skills, presentation skills and other aspects can fetch additional marks,” he says.

“I always carry my chalk, duster and pen. Even If I see a child studying along the road, I stop and try to help him in his studies,” he says. 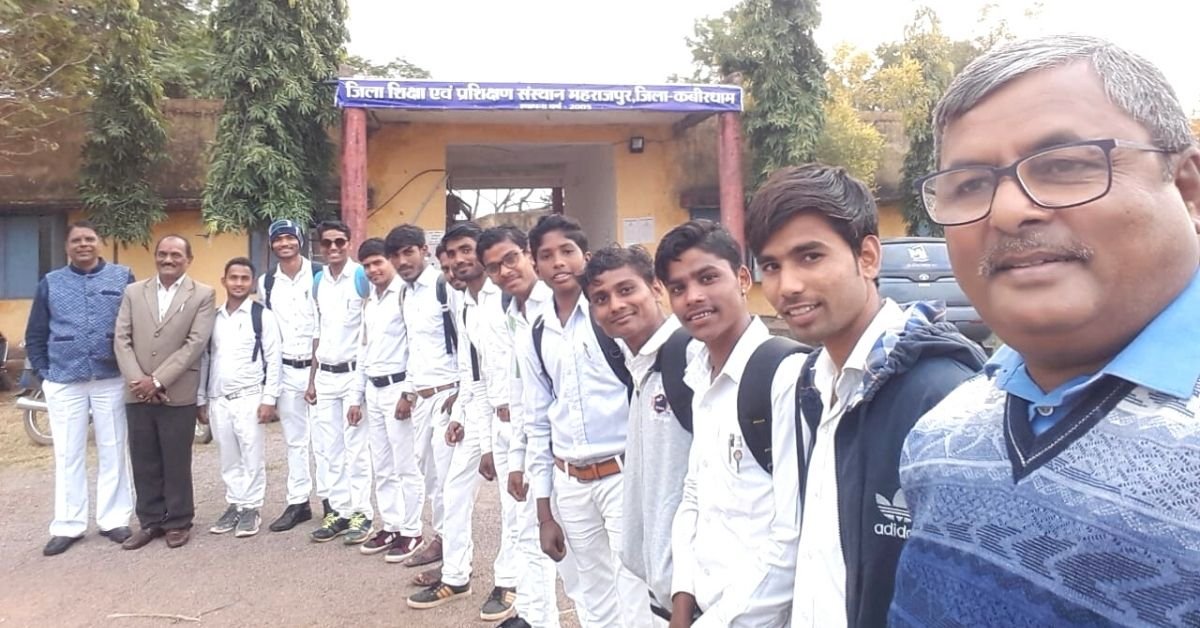 Lokesh teaches students wherever he travels, whether to Balrampur, Kawardha, or any other area where his son is posted. “I make sure that when I visit Awanish, I make rounds of all the schools and teach children for at least a week. Impressed by the teaching methods, once the divisional officer in Balrampur demanded I train 86 teachers with skills that would help them adopt innovative and interesting techniques,” he adds.

Besides school students, Lokesh has been guiding civil services aspirants. “Since Awanish cleared UPSC in 2009, many students have approached me on understanding the aspects of written examination and interview for the civil services,” he says.

As the COVID-19 lockdown forced the schools to shut down temporarily, Lokesh has shifted his base to smartphones and is adapting to technology to educate students.