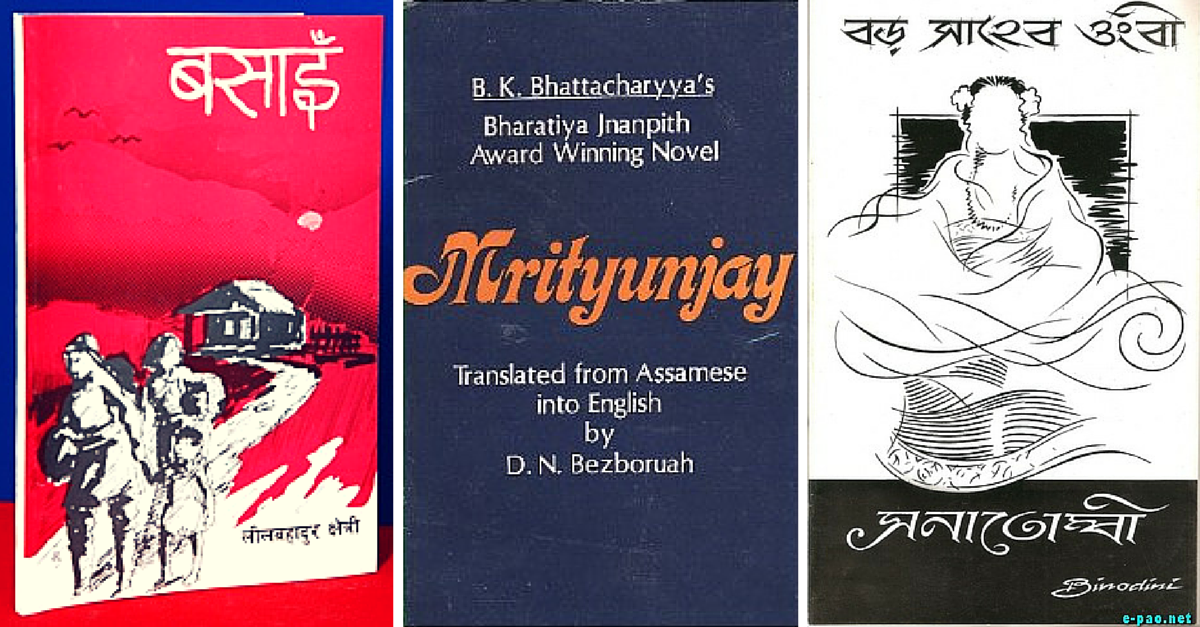 The native, vernacular literature of North East India is very rich. Here is a list of 6 books that not only won accolades but also are literary landmarks.
It is indeed a bit difficult to lay your hands on or find information on the literary masterpieces of the North East, partly because of the oral tradition, partly because of the sheer diversity of languages and dialects, and partly because the north east is a frequently overlooked region in the country. North East India has over 230 different dialects. The seven sisters perhaps far surpass any other state in that kind of diversity.

The North East was a colonial construct, but like every other colonial episteme that at times pervades the sense of being an Indian, the episteme of the distinctive and different north east is sadly, fairly popular. There are three native languages from the north east that are recognized as official by the Indian State, namely, Assamese, Nepali and Manipuri. The rest are too diverse to be clubbed together and used by too small populations to be declared official. But they do exist with  unique significance and tradition that must not be overlooked.

Time and time again, people demonstrate a lack of knowledge towards the ‘north east’ but that is not just due to a lack of interest, but also a lack of resources and information in the ‘mainstream’. Even though a lot of Indian English literature from the north east has come out and become popular, there is still a haze over the classics in the native languages. In this short list, we would like to introduce a few classics from the region.

The title literally means ‘The divine sword’ and it is based on the history of Tiwa Society, looking on their customs and traditions through a nuanced dexterity of characters. The protagonist is a woman, the queen of Pratapchandra, called Chandraprabha. The book gives a rare insight into the history of Assam through a social and cultural context, and goes through many generations of characters. It won the Sahitya Akademi award in 2008.

The book is originally written in Kamrupi language, which is a dialect of Assamese. The author is known more thrugh her pen name which is Mamoni Raisom Goswami or Mamoni Baideo. The book has won the Jnanpith but the author has also won the Sahitya Akademi for Mamare Dhara Tarowal Aru Dukhan Upanyasa. The book revolves around the protagonist Giribaala and the world around her which is based in 20th century Kamrup. The book also deals with the binary of liberalism and traditionalism.

The title means ‘Conquerer of Death’ or ‘Immortal’. Bhattacharya was the first recipient of the Jnanpith from Assam in 1979. The author has been the President of Assam Sahitya Sabha for a year. The title is not to be confused with a novel of the same name in Marathi which discusses the life of Karna from the Mahabharata. The author, Birendra Kumar Bhattacharya, himself had witnessed the Barapathar derailment that took place in 1942 and this is a fictitious tale on the same, about a the plan to derail a train carrying military officers in the sublime valley of the mighty Brahmaputra river in Panikhaiti.

The title crudely means ‘The Princess and her political Agent’ and is written in Manipuri. It won the Sahitya Akademi award in 1979. The author has also won the Padma Bhushan in 1976. She was a member of Manipur’s Royal family. The book is based on Manipur’s King and his interactions with the British. The book does take an excellent sneak peak at history, especially at the women and their ‘normal’ for royalty and otherwise.

The book in Nepali is about the suffering of poor villagers at the hand of upper crust citizens. It was written in 1958. The background of the novel is set in the feudal social system that prevailed in Nepal prior to the 1951 political change. Lil Bahadur is a Gorkha writer from Assam and has won the the Sahitya Akademi award for his other work Brahmaputrako Chheu Chhau. Bisain was made into a Nepali film in 2005 and the English translation of the book, ‘Mountains Painted with Turmeric’, came out in 2008.

The author won the Sahitya Akademi award for the novel in 1981. The novel explores the theme where inhabitants of the Nepali region are forced to seek their fortune elsewhere. The title literally translates to ‘In search of new horizons or a moon’ which suits the theme of the book as well. The book is a work of art but is also a popular entertainer.

Know of any other gems of indigenous North East literature you think should be included? Please feel free to leave your suggestions as comments below.