Community Comes Together to Free Auto Driver From Debt, Reunites Him With Parents 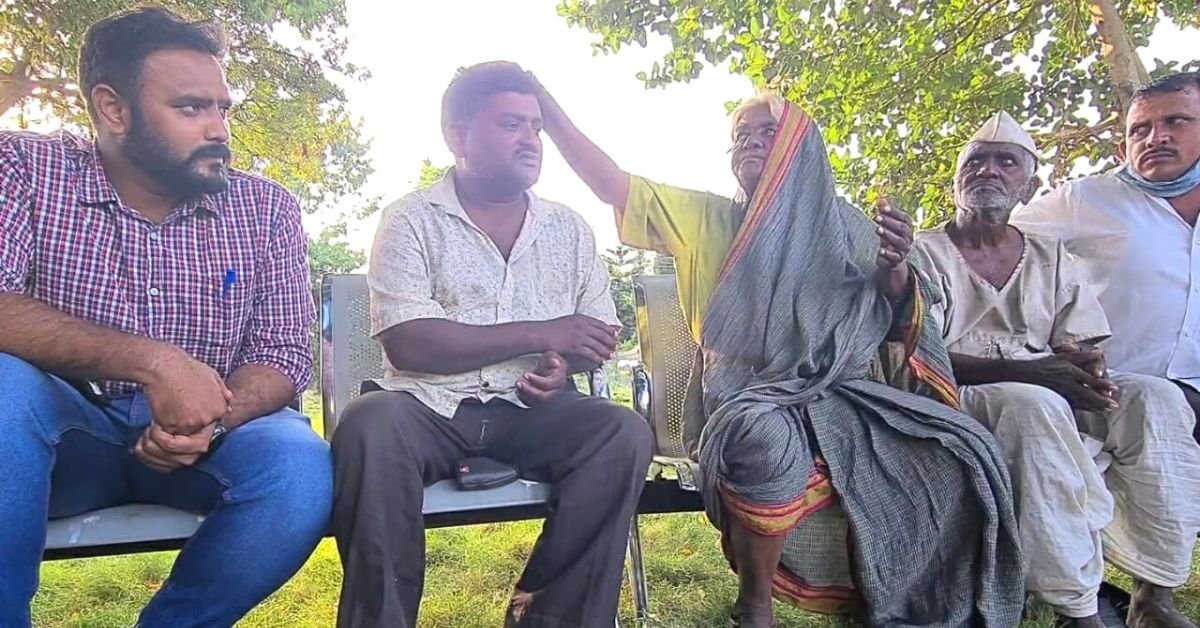 Owing to the lockdown, a financially-strapped auto rickshaw driver in Pune had almost given up on life when people helped change his fate

In the month of November, a video was doing the rounds on social media groups in Pune about an auto-rickshaw driver who was on his way to “abandon” his parents.

Shivaji Kamble, a resident of Manjri area in Hadapsar, was seen leaving his parents in Alandi, a pilgrim site, about 30 km from his residence. The video was shot by onlookers in the area when they suspected Shivaji was leaving without his parents.

The locals confronted Shivaji, where he admitted to dropping his parents off for a visit but promised to return later. However, the locals bullied him and forced him to take his parents home. The person shooting the video mentioned that Shivaji was a member of Nana Kshirsagar Rickshaw Sanghatna (union).

The video was circulated across social media and reached Keshav Kshirsagar, the president of the Maharashtra Kamgar Sabha — the parent body under which the auto-rickshaw union is registered.

The president then insisted on finding out more information about the vilified auto driver — Shivaji.

“We tracked him down through our connections, and to our surprise, the claims of the video seemed to be true,” says Keshav, who is also a physician by profession. He adds, “I went to meet Shivaji to find out the reason for taking such an extreme step of leaving his parents at the pilgrim site, and I was shocked to learn the reason.”

‘I would never abandon my parents’

Keshav says that when he met the 40-year-old driver, he started crying and wished he could “end his life”.

“Shivaji was in deep pain, and after consoling him I learned that he had no means to survive. The COVID-19 pandemic resulted in a severe financial crisis for his family. They had no supplies and the finance company which loaned him money to buy the vehicle, seized it,” Keshav adds.

Shivaji adds here, “My monthly instalment for the auto-rickshaw is Rs 2,500. I had not paid any amount since the COVID-19 lockdown began. With no other source of income, I could not pay any installments. My family — my three children, wife and parents, barely survived.

He says that after his vehicle was taken away for defaulting on payments, he decided to drop his parents at Alandi “temporarily”. “My parents beg for alms, but with so much stress and financial difficulties, I decided to keep them at Alandi. Many pilgrims donate food, and I hoped they would at least get fed. Once my finances stabilised, I would’ve brought them back home,” he tells The Better India.

Shivaji realises his decision was wrong and extreme but expresses that he was left with no other alternative. “They are my parents and have lived with me throughout my life. I would never abandon them. But I was helpless when my only means to earn an income was lost,” he says.

Keshav shares that a detailed talk with Shivaji’s parents also revealed that he was not doing anything against their wish and they had an idea about the situation.

Hearing his story, Keshav, along with some other members of the union, decided to help Shivaji.

“We decided to first counsel him, as he was depressed and assured him that we would help by all possible means. The first step we took was to reach out to the finance company that took away his vehicle and requested them to return it on humanitarian grounds,” Keshav says, adding that the company agreed to allow for payment of the installments until February.

“Some members came with grocery supplies and ration. Many good samaritans helped after watching the plight of the driver through a video which was shared, informing others of Shivaji’s situation,” Keshav says, adding that Shivaji now has enough supplies to last for six months.

One of the resident’s of Pune also offered to help Shivaji with the EMIs. A marketing professional, who wishes to remain anonymous, says that he came to know about Shivaji through the media.

“I reached out to the president of the auto-rickshaw union, who agreed to give financial support. I paid Rs 10,000 for four months which means the driver will have a buffer from February to June to save and start paying the EMIs,” he adds.

Keshav says that Shivaji was one of the lucky drivers to be brought into the limelight but there are others facing financial problems and suffering from mental breakdowns. “Shivaji is just one of the cases. The issue becomes more difficult for the drivers as they are unaware of the moratorium and other relief options from the bank,” he adds.

The president of the auto-rickshaw union says they have started creating video content for the drivers on YouTube to create awareness and appeal to them to reach out for help.

“YouTube is very popular among the drivers and through the channel ‘Baghtoy Rikshawala’ we are trying to inform them about the moratorium and other schemes to help the vulnerable,” he adds.

To conclude, Keshav says the video of Shivaji, which went viral is an example of how an innocent victim of the atrocities of the pandemic and lockdown was labelled as a ‘villain’, abused and his basic human rights were violated. “The same people could have tried to understand the truth and help Shivaji instead and worked towards improving his situation,” he says.