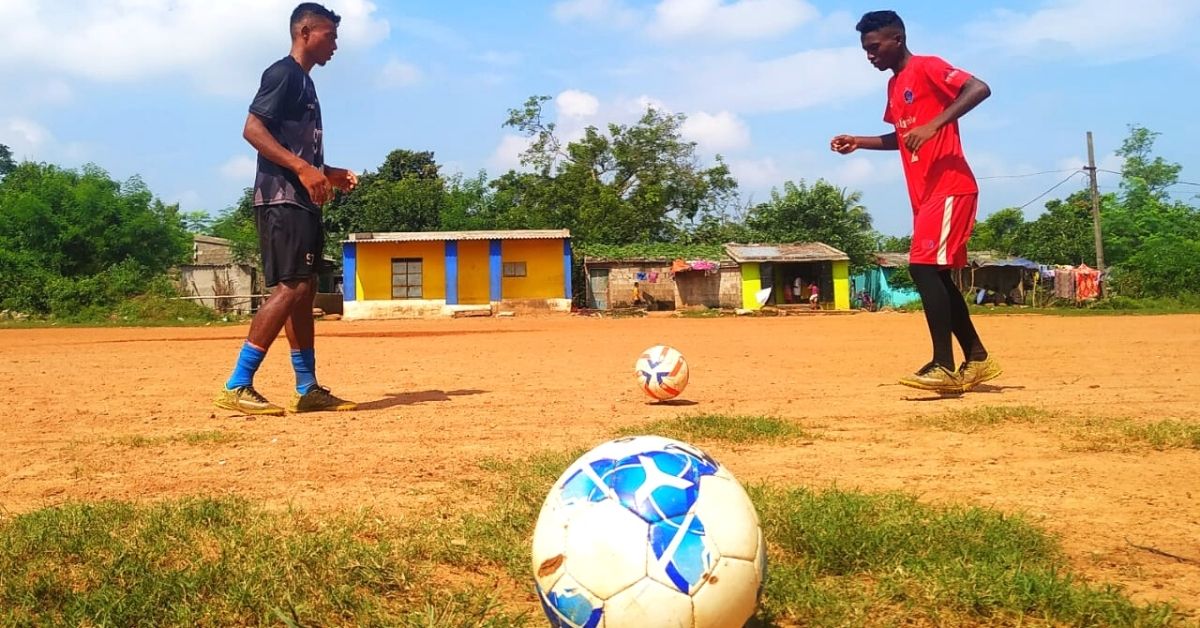 Sunil and Ranjan Soren have become the youngest and first players in Odisha to sign a five-year professional contract with Punjab FC. Read the story of how they were discovered

From spending their childhood kicking a ball around on dusty grounds with slum children to playing professional football on the grounds of Punjab Football Club, these two brothers from Odisha made it big.

Sunil and Ranjan Soren, who belong to the biggest slum settlement in Odisha — Salia Sahi, followed their passion to become the youngest members to sign a professional agreement with the Punjab FC.

Sunil (16) and Ranjan, his younger half-brother (15), have signed a five-year agreement with a “decent payout” with the club.

“They are the first ones in Odisha to get a contract at such a young age and probably also the first in the country,” says their coach Jayadev Mahapatra, who runs Ardor Football Academy. He adds that usually such contracts are given to senior players, who are preferably above the age of 18. “The contracts last mostly for a season, but we specifically pressed for a long term contract with the Punjab FC,” he says.

Their coach runs the largest free community soccer programme for slum kids in Odisha, and it was about five years ago when Jayadev spotted this talented duo.

“There were five potential footballer kids in the area, and all of them were introduced to coaches with All India Football Federation License (AIFF) to fast track their progress. Sunil and Ranjan were about 11 and 10, respectively, back then,” the coach recalls.

The duo underwent rigorous training for three hours every day, to understand the technicalities and professional aspects of the game. It was only in the year 2017 when the two participated in Youth I-league through Bhaichung Bhutia Football Schools (BBFS), a junior football competition for youngsters, and later in the Reliance cup, which kick-started their career.

“The children from these areas struggle with playing on an actual size ground. Many times the ground is just an abandoned patch of land. These kids are taught all the technical terms in English, given international level training courses and also taught to have the sense of a bigger ground,” Jayadev tells The Better India.

Speaking of the talent from the slums, which is “naturally aggressive and competitive”, he says, “The actual challenge lies in grooming them professionally and removing the fear of playing with urban competitors on a big playground.”

As their game took shape, the brothers were picked up by the BBFS in 2017, where they honed their skills.

“We used to spend the whole day playing on the grounds with slum children and academics never interested us,” says Sunil, who plays midfielder adding that when the opportunity came there was no looking back.

“Our father, Rama Chandra Soren, works as a mason, and the financial condition of the family is very weak. So, as we trained and improved our game, we received even more support from him,” Sunil says.

Rama, Sunil shares, always banked on the hopes that something better would come out of their passion and efforts.

Ranjan, who plays defender, says the professional coaching helped to understand the technicalities of reading the players, improving the accuracy of passing the ball to the players, and having a better sense of the game. “We never realised there were so many things to learn and understand in the game. We have also started teaching some of our learnings to our friends back home,” Ranjan says and adds, “We have also learnt never to let an opportunity go. Both of us wish to make it big in the game,” Ranjan adds.

During the Covid-19 pandemic, a series of opportunities from Odisha FC, Indian Arrows and Punjab FC lined up for the brothers. “We took the deal with Punjab FC as it was for a long term and Jayadev sir suggested it,” Ranjan says.

Jayadev says the journey of these brothers will inspire many players in the area. He says, “The contract with Punjab FC has a Dhoni-like syndrome for Odisha. Just as MS Dhoni inspired many from Ranchi to join cricket, the same example is being set by these brothers.”