“The lack of women in this industry would always be a concern and at several instances, people have tried to insinuate that I was nothing more than a showpiece. But, I have worked my way through all this, taught myself, and now I’m proud,” says Zainab Raj from Rajasthan.

This article has been sponsored by Her&Now.

What makes a woman? Is it the beauty immortalised for generations in poetry and prose? Or the ability to be a muse? Or the countless accounts of sacrifice, struggle, discrimination, and more that continue to ache the annals of history? Or is it the silent stories of grit, brilliance, perseverance and power to overcome all odds and shine the brightest?

Some would agree that women are all this and much more.

This finds evidence in the countless inspiring stories of women who chose to rise to their potential and make the most of it, carving out extraordinary examples for many to follow. Tales of leadership can be found at home in those who run households, or in businesswomen, who run companies. Their experiences could be shared but their journeys, struggles and triumphs in several male-dominated industries are unique and remarkable.

To commemorate the ever-growing reservoir of these exceptional leaders, Deutsche Gesellschaft für Internationale Zusammenarbeit (GIZ) GmbH along with The Better India is bringing to you the stories of such women on 19 November that is celebrated as Women’s Entrepreneurship Day. For the past two years, GIZ has been nurturing women entrepreneurs across the country through a special support programme titled Economic Empowerment of Women Entrepreneurs and Start-ups by Women (Her & Now).

The programme is run on behalf of the German Federal Ministry for Economic Cooperation and Development (BMZ) and in partnership with the Ministry of Skill Development and Entrepreneurship, Government of India.

Implemented across several regions like the North East India, Telangana and Rajasthan, Her&Now has trained and incubated 141existing and budding women entrepreneurs to launch, grow and scale their businesses. The project has local implementing partners in each region, namely Dhriiti in the North East, Startup Oasis in Rajasthan and WE Hub in Hyderabad.

Having created a sizable network of women entrepreneurs, Her&Now has become much more than an incubation and acceleration programme. It is a chronicle of inspiring stories, a mentor and a support group for aspiring and existing female entrepreneurs across India.

Mizoram-based Maggie Lalnunsangi eloquently articulates its impact: “Hearing stories of other female entrepreneurs, their struggles, failures and successes was both reassuring and motivating every step of the way. We cried and laughed together and learned from each other. Her&Now not only helped us make the best of our potential but also created a family of like-minded women ready to take the world by a storm!” And, her experience does not stand in isolation, there are countless lofty accounts of such women.

“Women are entrepreneurial by nature” 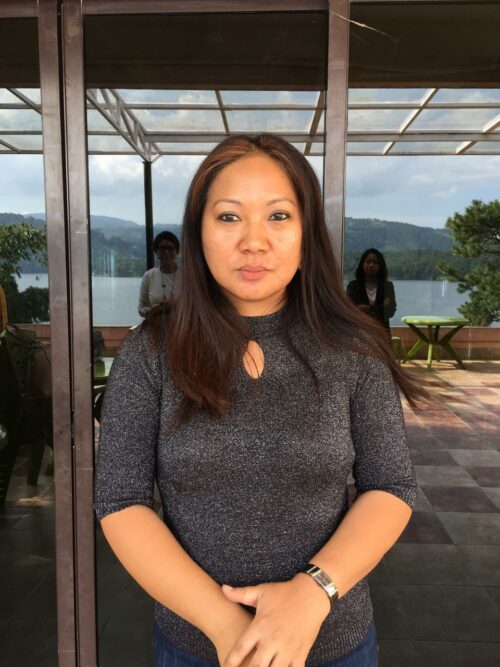 Born and brought up in Aizawl, Mizoram, Maggie always harboured a passion for entrepreneurship. According to her, it is a common trait in women in the region. So after completing a diploma course in interior designing from Delhi, she returned to her hometown in 2009, in pursuit of starting her own business.

“When I came back to Aizawl, I was working independently as an interior designer, which exposed me to certain technical challenges in the region. One of the most prominent ones was the challenge to get good contractors for interior design projects. Eventually, I had to learn and do everything myself,” says the 39-year-old, who started her interior design venture called DCM-Living Design, in 2012, followed by an offshoot venture specialised in manufacturing timbre components, called DCM Wood Based industry in 2018.

“At the time, women in the timber industry, especially in Mizoram, were very rare. Even the laws around the wood industry weren’t formed yet. It was untapped potential for the state, and so I decided to use my company as a catalyst for bringing that change. One of the first few things we did was to ask the government to make specific laws for the industry so that we can export our products to other states. In 2019, the law was finally passed,” says Maggie, who is the first entrepreneur in her family.

Looking to expand, especially in the online space, Maggie registered herself with the Her&Now programme as a woman entrepreneur in 2019. Since then, her venture has been receiving much-needed guidance and mentorship from industry experts.

“When they asked me, call your boss. I replied I am the boss!” 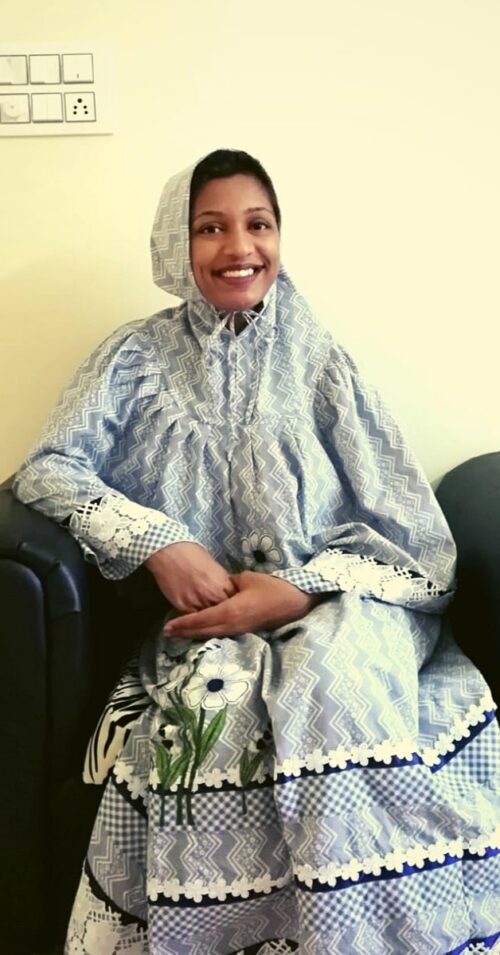 Zainab Raj grew up in Kota, Rajasthan, graduated with a degree in biotechnology in 2014 and went to work in the corporate sector, like many before her. But, despite a good job, there was something amiss. Passionate about metallurgy, she wanted to do something on her own.

“My father, who had a business in the construction steel industry, was the first one to introduce me to this. My interest in metallurgy grew in college, and by 2016, it was strong enough to push me to leave my job and start my own venture called RR Steels. But unlike construction, I wanted to do something more complex. So, my company focuses on industrial steel trading and caters to automobile, hydraulic, aeronautics, agro-tech, and other heavy industry companies,” says the 28-year-old.

But one of the biggest challenges of starting an independent venture in a highly male-dominated industry is to be taken seriously. “People would often ask me ‘Why the steel industry?’ and about how I will manage as if it was some impossible task for a women entrepreneur. The worst thing is that, at several points in the journey, people have constantly tried to put me down and doubt myself. The lack of women in this industry would always be sore to my eyes and at several instances, people have tried to insinuate that I was nothing more than a showpiece. Many still doubt my knowledge about the industry and steel, despite my qualification and expertise. But, I have worked my way through all this, taught myself, and now I’m proud,” says Zainab.

With over 70 companies as clients, RR Steels under Zainab is moving to newer heights breaking one convention at a time. And she feels the Her&Now programme to be one of the key contributors to her successful journey. Through expert mentorship and business guidance, the project is helping her remodel her business into a digital space.

The inspiring and confident entrepreneur adds, “For quite some time now, I have been the lone woman in the entire pack. I hope to change that with time. For now, when a new customer, trader or anyone stops me short during a business interaction and insists on ‘calling my boss’, I reply with pride saying ‘I am the boss’. And that is a start!”

“Their doubt in my ability only made me stronger” 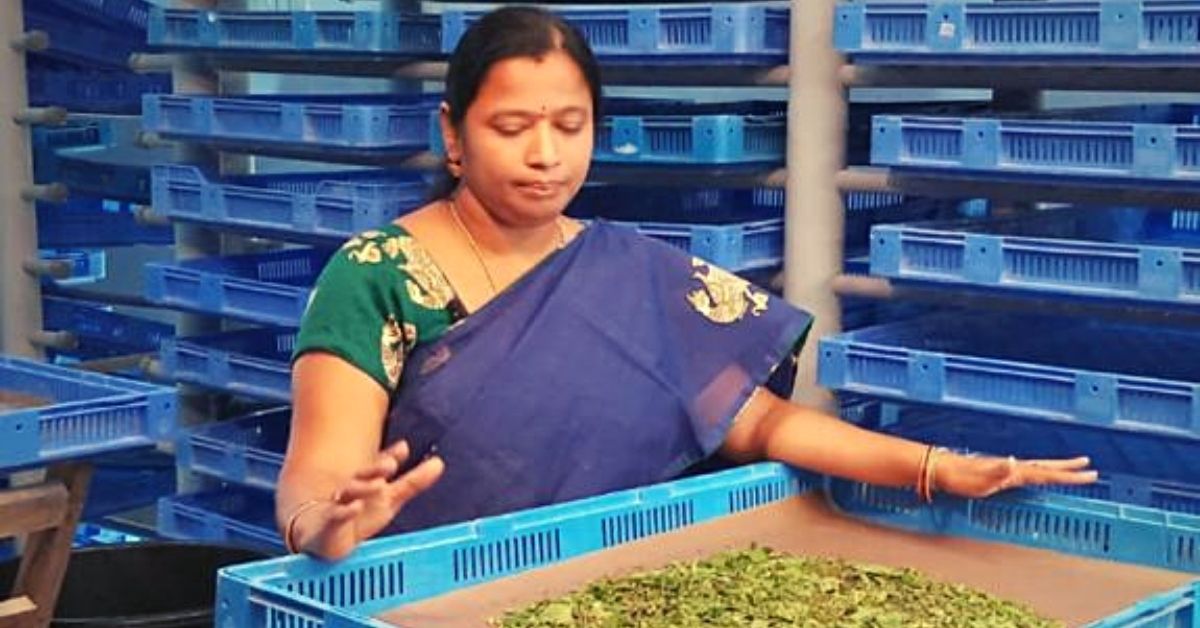 Married at 18, N Shilpa from Thimmapuram village, in Telangana wanted a different life for herself, one that gave her financial agency and made her proud of herself. The first step in doing so was to complete her college education after marriage. But life had other plans.

“I was 21 and in my final year of college when I had to miss my final exams due to pregnancy. Scared to risk the well-being of my baby, I decided to discontinue college. I always wanted to stand on my own feet but that plan had to wait,” shares Shilpa, who started a saree boutique in 2007 – which led her to a revelation.

Her experience with sarees, especially silk, got her interested in the backend process of silk-making and with the help of her husband, she decided to try her hand at sericulture in 2014.
“In the very first month of harvest, we were able to earn over Rs 1 lakh in profit. This worked as a catalyst and we bought a 9-acre land in Nandapura village. With the help of government Chawki rearing centres, we started rearing silk-worms in six acres and slowly got better at it. In 2016, I was selected to be one of the best farmers to supply silk all over the state,” adds Shilpa who then took a three-month course in sericulture from the Central Sericultural Research & Training Institute in Mysore.

With over 30 members working in Shilpa Silk Reeling Unit, she soon became one of the most prominent silk farmers in the region and an entrepreneur who had recently received a government sanction to install Telangana’s second automatic reeling machine in her unit. But the journey so far wasn’t easy.

“Yearly now, through the chawki and multi-end unit, we are able to earn almost a Rs 30 lakh profit, which is quite a big deal. This, the sanction and the rapid growth of my unit did cause a stir in the industry, pushing many of my competitors to point fingers at me. But, their doubt in my ability only made me stronger and more stubborn to make this venture bigger,” adds Shilpa, who believes that the Her&Now programme has played a big role in her success. With guidance from experts in business management, accounting, etc. Her&Now has been supporting her and aiding an expansion since the start of 2020.

“I faced my death and that was my wake-up call” 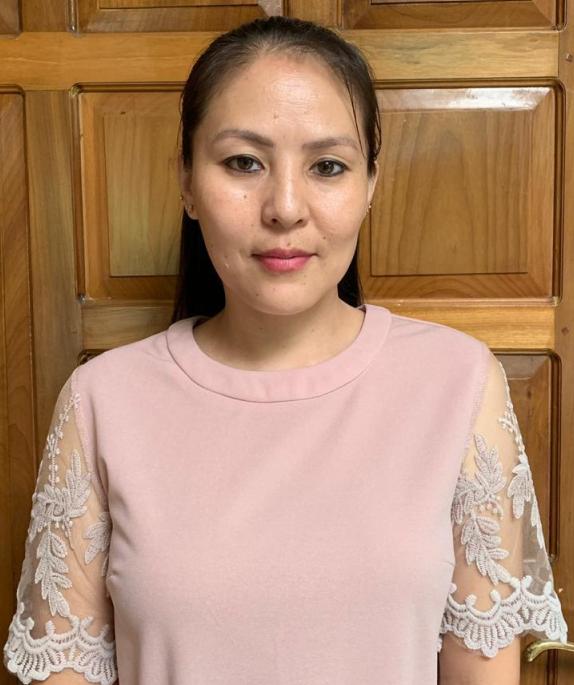 In 2014, when Cheryl Kire Achumi, was diagnosed with breast cancer, her world came crashing down. But, she wasn’t ready to give up just yet. The cruel reminder of mortality only pushed her to fight harder towards recovery.

“Over the years I had gained a lot of weight and my body had become quite stiff. With the treatment and physiotherapy, I needed to work on my core strength and be a healthier and stronger version of myself. So, the first step was to look for gyms that could help me with my needs, but most of the gyms in and around Dimapur, Nagaland, did not have the amenities and proper trainers who could help with cases like mine. I started to work out independently at home, but this thought that there must be so many other people like me, struggling to find a proper fitness centre, equipped to handle special cases with expertise, moved me to action,” says the 42-year-old, who, along with her husband, enrolled in a diploma course in sports nutrition, physical exercise, fitness and personal training in 2015.

A year later, armed with her certification, she started her own fitness centre called the City Gym in 2016. “All this while, my treatment continued. Juggling all that, along with this new venture and two kids was quite stressful sometimes, but all of it kept me going. Once you are faced with mortality, you begin to value life more and want to do everything to pursue your passion,” adds Cheryl. Her tailor-made and personalised fitness care soon became a success all over the city, encouraging her to start a second branch in 2019.

Around the same time, she came across the Economic Empowerment of Women Entrepreneurs and Start-ups by Women (Her&Now) programme by Deutsche Gesellschaft für Internationale Zusammenarbeit (GIZ) GmbH, that helped her sail through one of the most difficult of times. From business training, mentoring to helping her build her own brand, Her&Now guided her through it all, and now she is gearing up for expansion into sports-based fitness too.

“I faced my death and that was my wake-up call and after five long years of continuous struggle, I am able to help not just myself but also over 300 people across Nagaland. That sense of purpose is what motivates me to go on,” she says.

Each of these women and their inspiring journeys of struggle and success are unique. But, there is a common thread of passion, grit and fearlessness that continues to drive them and many women entrepreneurs like them. Some of them may be the first waves of change, but are certainly not the last, creating a ripple of positive transformation in their respective fields and the whole of society in general.