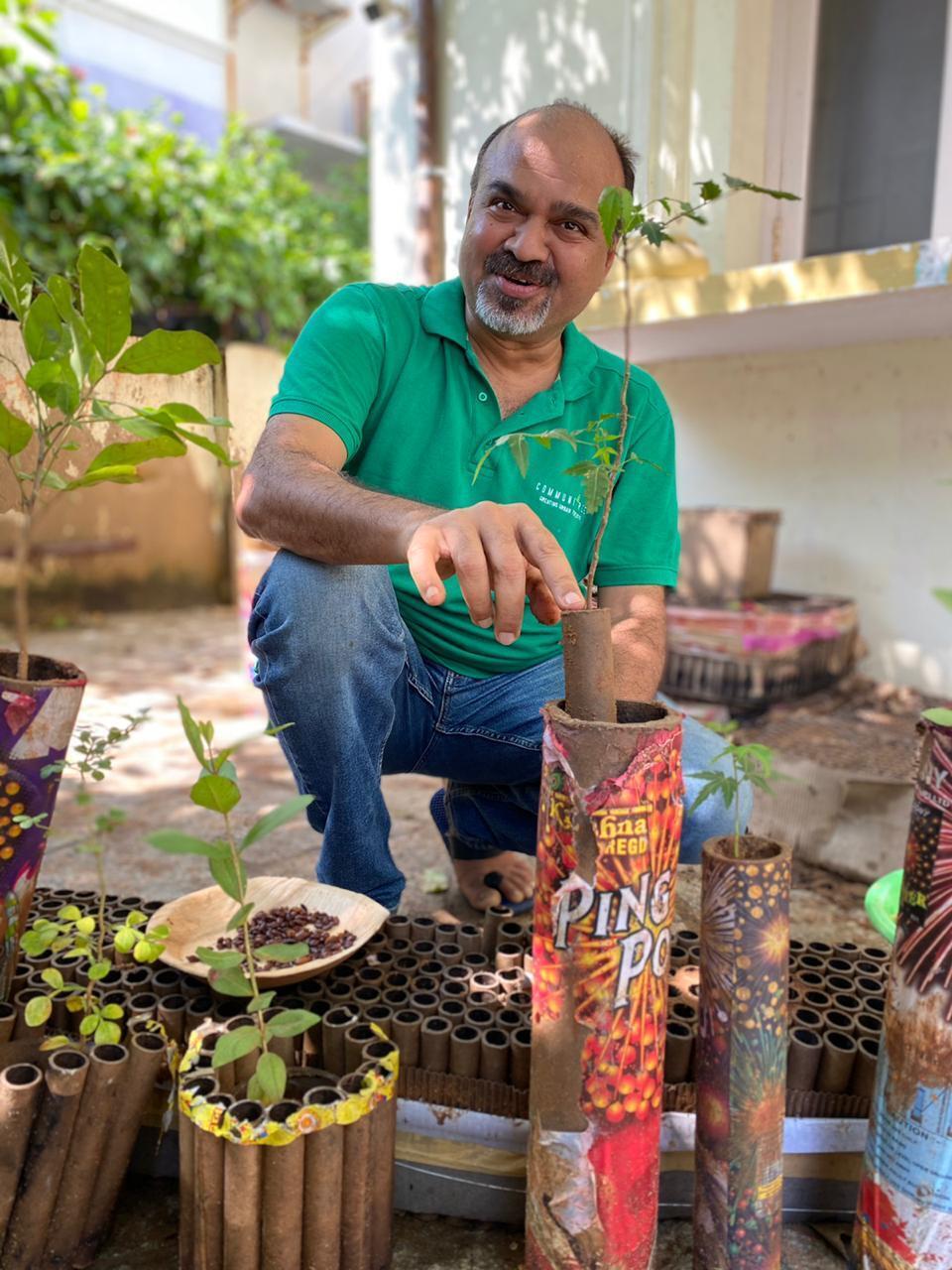 CommuniTREE is collecting firecracker cases to reuse them to plant saplings.

Hafiz Khan, the founder of CommuniTREE (an NGO), has a unique idea to reduce wastage and one that may bear fruit as well. Climate healer and forest creator tell The Better India (TBI) that he and his team collect cracker cases from homes in Chennai and repurpose them into plant holders. “We use cardboard cases from crackers to plant saplings. This Diwali season, we have already collected over 80,000 cases,” says Hafiz.

The team accepts cracker cases, rocket shells, cylindrical bombs, flower pots or fountain crackers, among others, for this cause. Hafiz adds that this initiative was started last year when the team collected almost 27,000 cracker cases. 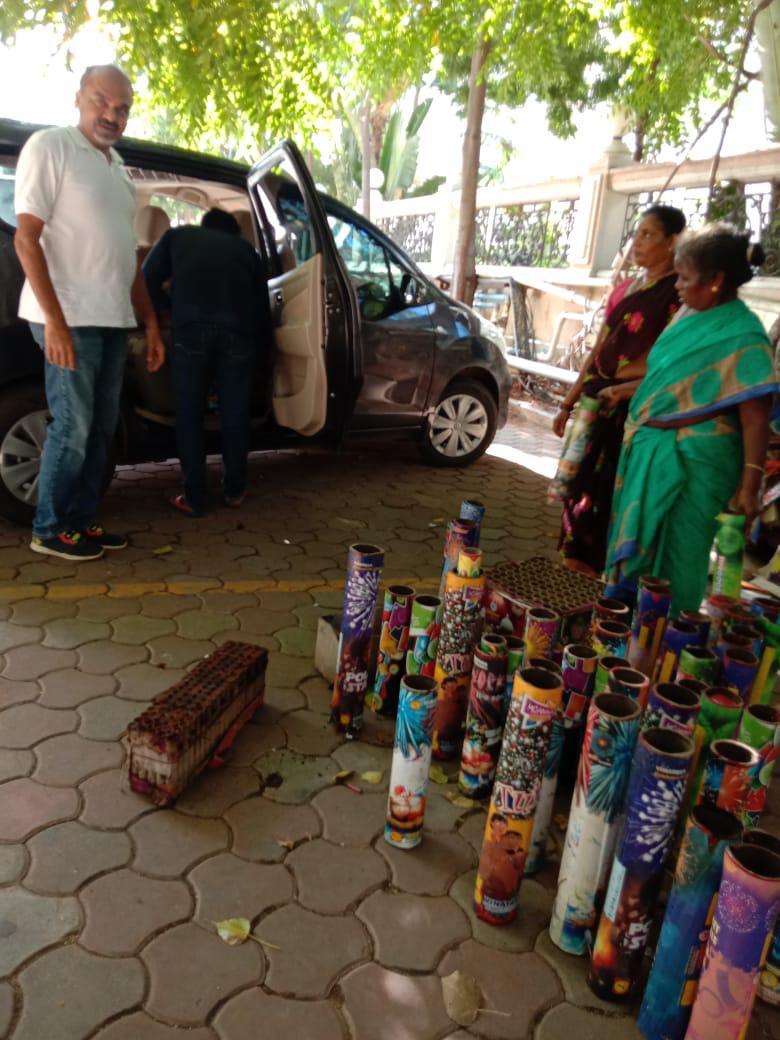 True to its name, CommuniTREE offers those who hand over the firecracker cases to them with a prospective garden. “We collect the cases from people and return them with planted saplings, and if they don’t want the saplings, they can simply leave the cases with us,” says the 50-year-old.

Trial and error with firecracker 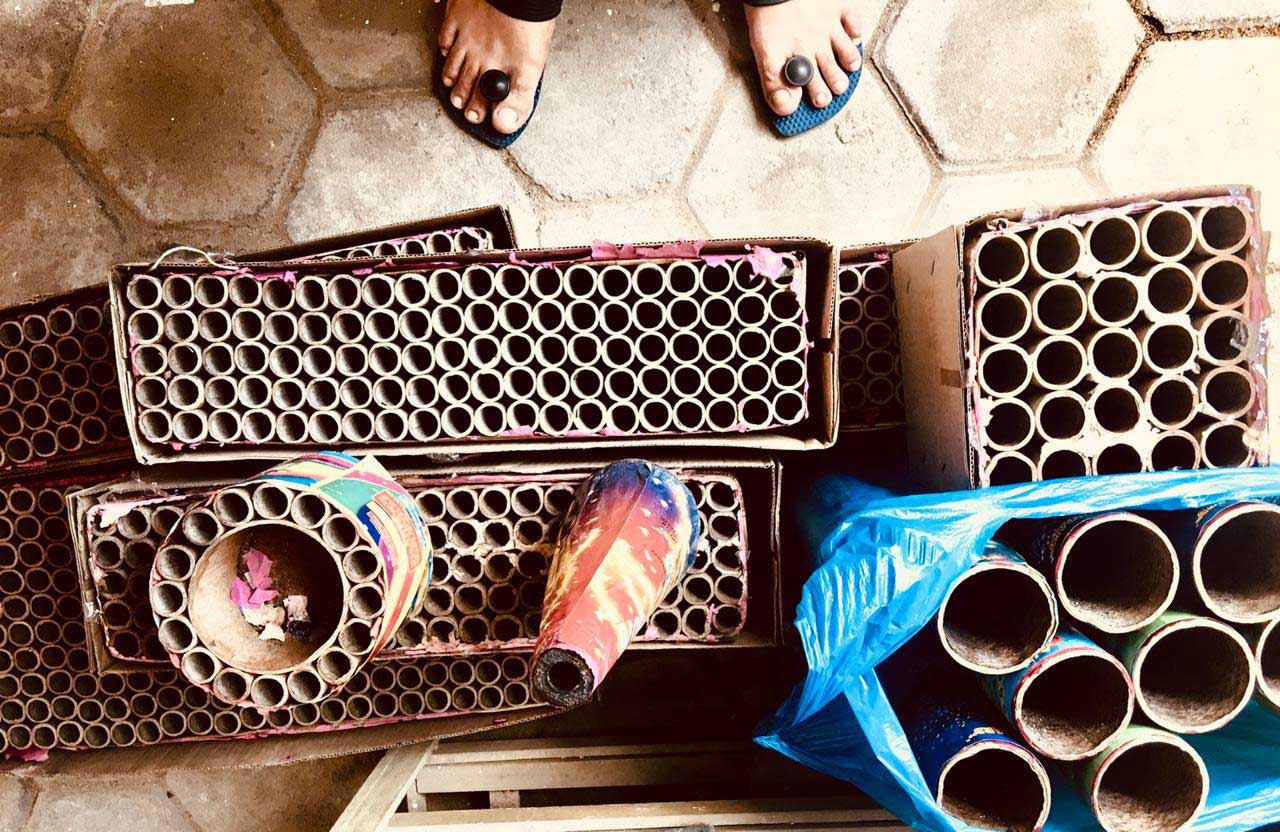 CommuniTREE has 40,000 saplings in their nursery. The saplings include jackfruit, amla, guava, neem and beech tree saplings, among other different varieties of plants. These saplings are grown in CommuniTREE’s nursery and are later planted in different locations. Bundling up the cardboard rolls to form a makeshift pot, Hafiz adds that the saplings can grow up to five feet tall.

Hafiz shares, “In the beginning, our nursery used plastic covers to grow the saplings, but as it was not good for the environment, we stopped using it. Then we tried bamboo and many other eco-friendly materials, but they were costly and not sustainable. Then one day, I thought of the idea of growing saplings in cardboard boxes. Cardboard is good fodder, and at the same time, it has many more advantages of growing saplings. That is how I decided that Diwali is the best time to collect cardboard holders, as they are used to make cracker cases.”

When asked about the benefits of growing saplings in cardboard cracker cases, he says, “If you pour water into these cases, the moisture content remains for longer and helps the saplings grow. Just after the seed germinates, the plant with the same cases can be easily planted into the soil directly.”

He adds, “Once we receive the cracker cases, we wash it well using cow dung water. This procedure helps to neutralise it from chemicals.” Hafiz informs that CommuniTREE will be taking the initiative to other states as well. 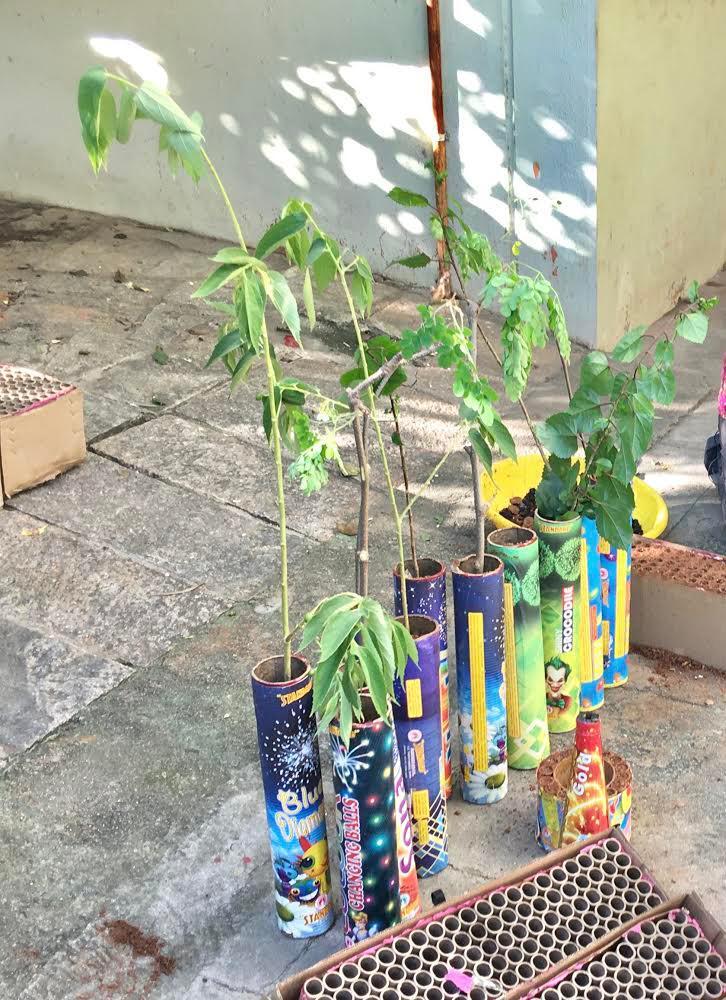 Speaking about using cardboard firecracker boxes at home for this cause, he says, “You have to wash the cases properly and then fill the cases with good soil before dropping the seed in it. Within days your sapling will be ready, and then you may shift it into the land.”

Radhika Nair, a Chennai resident, says, “This year I came to know about this initiative using cracker cases, which I find really amazing. I couldn’t give the cases to CommuniTREE directly, but I cleaned the cases myself and tried to germinate seeds in it.”

Hoping her efforts bear fruit, an ambitious Radhika says, “If this works, from next year I can make it a habit. I am trying to reuse cracker cases the same way my mother reuses sweet boxes. She uses it as a storage container to keep necessary things such as vegetables and fruits. I feel that if every person takes small steps at home to reduce their waste, then our city won’t be as polluted.”