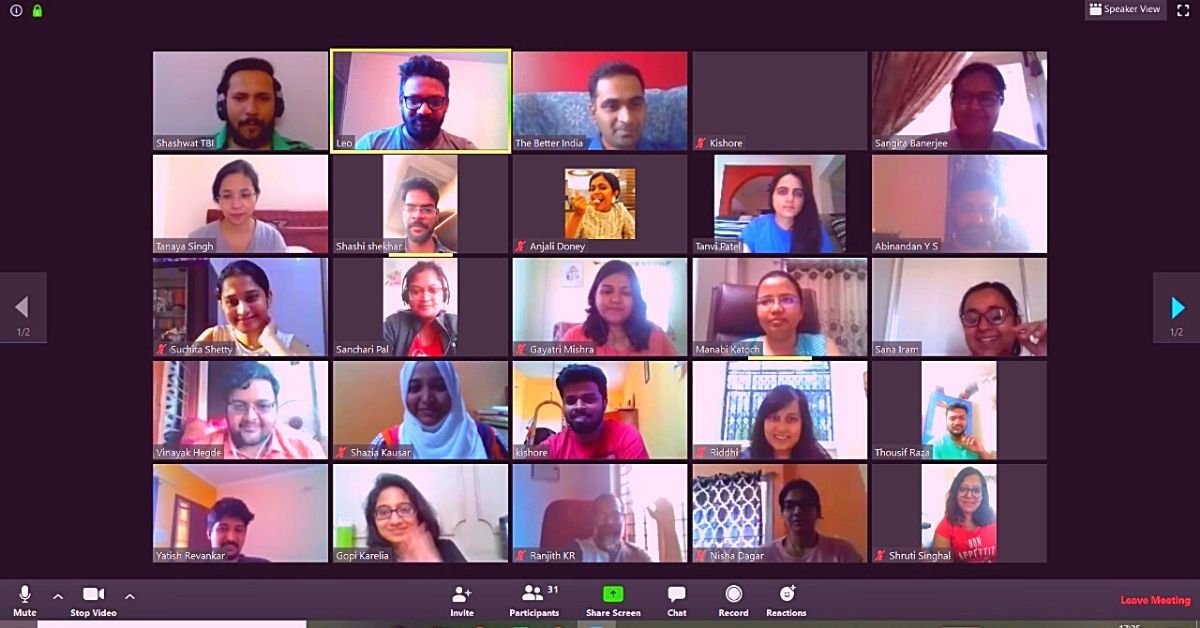 “When I read about Aishwarya Reddy’s suicide, it shook me hard. Fortunately, my family earns enough that my brother doesn’t have to worry about the things Aishwarya did. But our education system must ensure this doesn’t happen to anyone else.”

When I visited Leh this summer, my younger brother, a 2nd-year undergraduate Economics Honours student from Hansraj College, Delhi University, had a request. He wanted my help to draft a letter to his teachers and principal detailing his concerns about online classes.

(Photo above: For representational purposes only)

A resident of Leh, Ladakh, where broadband internet connection is poor, attending online classes is a serious problem for him. He can’t see the blackboard, the teacher’s voice keeps breaking and he gets ejected from the class every now and then because of poor connectivity.

He even raised these issues with his teachers and the college principal but to no avail. They’ve told him that there is nothing they can do.

We don’t come from an unprivileged family, but as a resident of a hilly border region, attending online classes is a tough ask. The video keeps buffering, while the audio quality dances. Even when the audio is clear, some teachers choose not to make a PPT but instead write remarks on the blackboard behind them, which my brother couldn’t see.

“Sometimes, I would be ejected right before the class would end and miss out on attendance. If I have to give a test, I would have to go to the Leh Bazaar and find a cafe where a steady internet connection was occasionally available. On top of that, they made us do presentations online, which was a near impossibility considering the poor internet connection available at home,” says my brother over the phone earlier this week.

“For the most part, my teachers were understanding. But they said there was little they could do about the situation, adding that it was up to the Delhi University to do something. Even though teachers had promised me that they would send video recordings of their classes, I have not received a single one despite regularly following up with them. I kept calling them because I was worried about my attendance, following which they asked me to send a formal email listing out my concerns to the principal and all my teachers which I did. Even then no one replied. When I called them up again they admitted to receiving it but didn’t feel compelled to send a reply,” adds another 2nd year DU student from the Northeast, requesting anonymity.

This student is brutally honest in his assessment that virtually little to no learning is happening during these online classes.

“Most of the tests given are pointless because everyone is cheating. It’s so easy to cheat. Even though I feel bad about cheating, what would you prefer? Get 30/30 or bad marks? Our CGPA matters to us. There is no learning. How can you learn when the teacher is so far away,” he says.

Isn’t it unfair that students like my younger brother from border/hilly/remote areas are missing out because of inadequate internet connection? Despite the unique circumstances resulting from COVID-19, students like my brother shouldn’t be denied a college education because of where their homes are.

More importantly, however, this points to the stark digital divide that exists in this country and the inability of varsities to address these concerns. While my brother and the student from the Northeast have laptops, other students from marginalised communities and low-income families don’t even have exclusive access to laptops, smartphones or tablets. Moreover, these students simply cannot afford adequate internet connectivity.

In a sorrowful suicide letter, this daughter of a mechanic wrote, “My family has been spending a lot of money on me. I am a burden for them. My studies are a burden. But I cannot live without my studies. I have been contemplating this for days. I think that suicide is my only resort.”

As per reports in the Huffington Post, a students’ union survey in LSR stated “close to 30% of LSR’s students did not have a laptop of their own, while 40% were attending online classes without a proper internet connection.”

Moreover, “92% of the students who did not have laptops felt that LSR had failed to help them with resources. 96% felt the college should record its live online lectures, to ensure students without proper internet connections could access the archived study materials. 96% of students said that online classes had affected their mental and physical health.”

These findings were shared with LSR principal back in September, but the college’s response to the survey’s findings was nothing short of apathetic. They didn’t even do the bare minimum of recording their live lectures and making them available to students.

LSR or Hansraj College are not the sole guilty party here. Many varsities, particularly in the public sector, have made little effort to assess whether their students have access to essential equipment like laptops and a functional broadband internet connection.

Aishwarya, for example, suffered from the same. She had no stable internet connection, laptop or a functional smartphone, as per the students’ union survey (which frankly the college should have conducted). She had about 5 to 8 hours of classes a day, “but her mobile connection data-pack allowed her to attend less than three hours of class a day. In her survey, she said she was forced to buy additional data packs just to attend class,” reports Huffington Post.

Moreover, the college failed to send the necessary study material. Then there is the gender aspect to this problem with young girls often asked to take up a share of the domestic responsibilities at home. This eats into their study time.

The hammer blow, however, came when in October she was asked to vacate her hostel room because accommodation was reserved for first-year students only.

Just take a look at the statistics, which something public varsities around the country should have at least acknowledged before making the drastic shift to online classes.

Quacquarelli Symonds (2020) reported that more than half of the people with fixed broadband internet had poor connectivity at home. For those who use mobile internet, approximately 40.2 per cent suffer from poor connection, 56.6 per cent face signal issues, while 3.2 are at the mercy of power issues.

Finally, a University of Hyderabad survey revealed that only half of their students have laptops, while only a quarter has access to adequate internet connectivity. This, the survey claims, has affected their attendance levels.

The aspirations and futures of millions of young Indians are at stake here. There are solutions that already exist in this country. In a column for the Times of India, Prachi Windlass, Director of Education for the Michael & Susan Dell Foundation, writes:

“Haryana, Rajasthan, Himachal Pradesh, and Jharkhand — states that were already working towards school transformation —swiftly directed their teachers to form WhatsApp groups to help parents and students transition to a #GharPeSchool model, and are supporting their schools with daily calendars mapped to student learning competencies, and guidelines for structured 1:1 weekly phone interactions between teachers and students.”

What are the results of these actions that leverage a familiar platform like WhatsApp?

“In Rajasthan, more than 20,000 WhatsApp groups cover 95 per cent of schools and their students and parents. When user surveys were shared along with learning content in Rajasthan, 39,000 parents completed them without any nudge, and more than 90% of users — including students, parents, and teachers — responded positively. Himachal Pradesh reported close to two lakh users, with more than three million page views on learning resources within three days of the launch of the initiative,” she writes.

Meanwhile, there are solutions which other countries have taken up. African nations like Rwanda and Kenya have waived internet charges for students. Countries like Bhutan, meanwhile, are offering 60 per cent additional data on their existing package. In other words, a student receives 60 per cent extra data for the same price.

South Africa, Argentina and Jamaica are offering what they call zero-rated educational websites. Basically, telecommunication companies provide free access to educational websites to students. Countries like Argentina and Jamaica have even gone on to distribute learning kits for students with no internet access and partnered up with internet service providers to subsidise internet plans for students from income families.

Nations like the Dominican Republic have created free Wi-Fi hotspots across different locations for students, while Ecuador and El Salvador have begun sharing study resource material in the audio format for students.

There are also multiple ways of leveraging television and radio as well. Remote learning has to be made simple. Using platforms familiar to students and parents like WhatsApp helps them ease into the process of remote learning.

Finally, it’s criminal how public varsities are not entering into serious partnerships with a plethora of ed-tech startups and companies in this country who are doing serious work in school education.

There is no question college students in India like my brother are struggling to cope with the disruption the pandemic has caused to their education. Unfortunately, their voices aren’t being heard or taken seriously.

The tragic suicide of Aishwarya should be a wake-up call for governments and public varsities to do more in seriously addressing the concerns of vulnerable students.

When I read about Aishwarya’s suicide, it shook me hard because in some way it reminded me of my brother’s predicament. Fortunately, my parents and I earn enough to ensure that my brother doesn’t have to worry about the things Aishwarya did. But our education system must ensure that what happened to her doesn’t happen to anyone else.