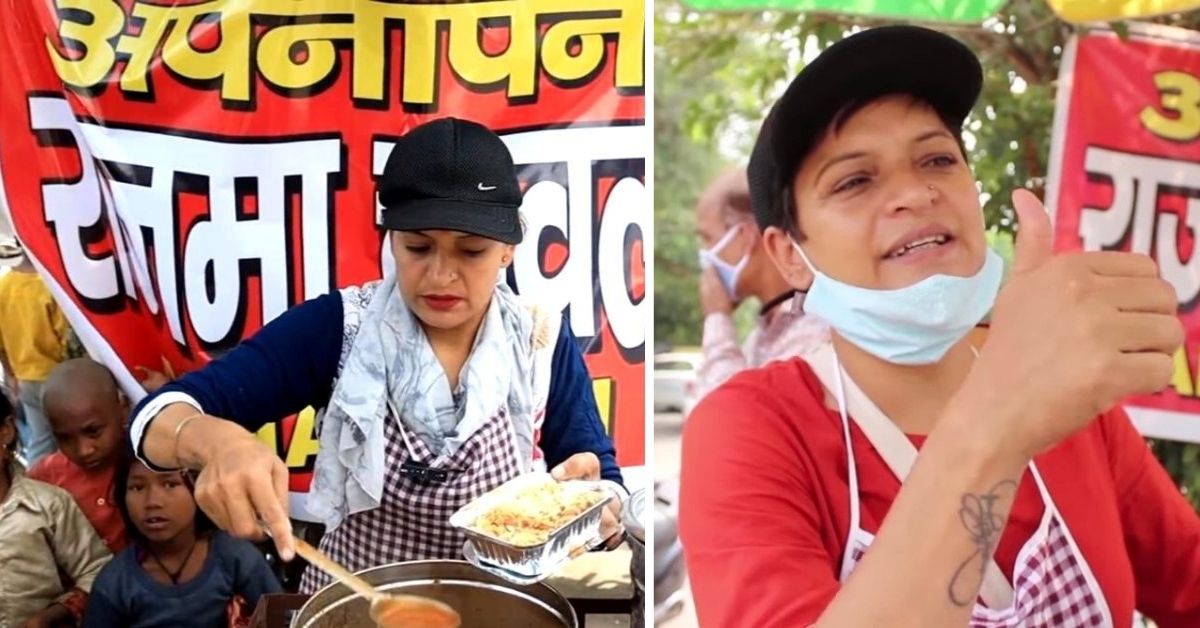 Sarita Kashyap worked as a successful saleswoman in the automobile industry for 19 years. But, in January 2019 she made a life-changing decision, quit her job, and decided to do something for the needy – with some Rajma.

Growing up in a lower-middle-class family, Sarita was deprived of many privileges enjoyed by the fortunate folks around her. She experienced the pain of deprivation first-hand and had always been inclined to support anyone in need.

Following her instincts, the single-mother decided to set up a makeshift stall named ‘Apna Pann Rajma Chawal’ in Peera Garhi, West Delhi. Here, she can be spotted feeding scores of hungry street children, ragpickers, and homeless people every day. But, for those who can afford it, the ultimate comfort food is priced at Rs 40 (half) and Rs 60 (full).

Ms Kashyap’s day starts at 4 AM when the rest of Delhi is sound asleep. After finishing her household chores, she prepares food for around 100 people and sets out on her scooter towards Peera Garhi Bus Depot from her home in Meera Bagh.

The stall runs for around 3-4 hours, till the last serving of Rajma-Chawal is handed over to a hungry customer or a homeless child. Kashyap manages the operations single-handedly.

Here is a heart-warming video of her ‘Rajma’ story: