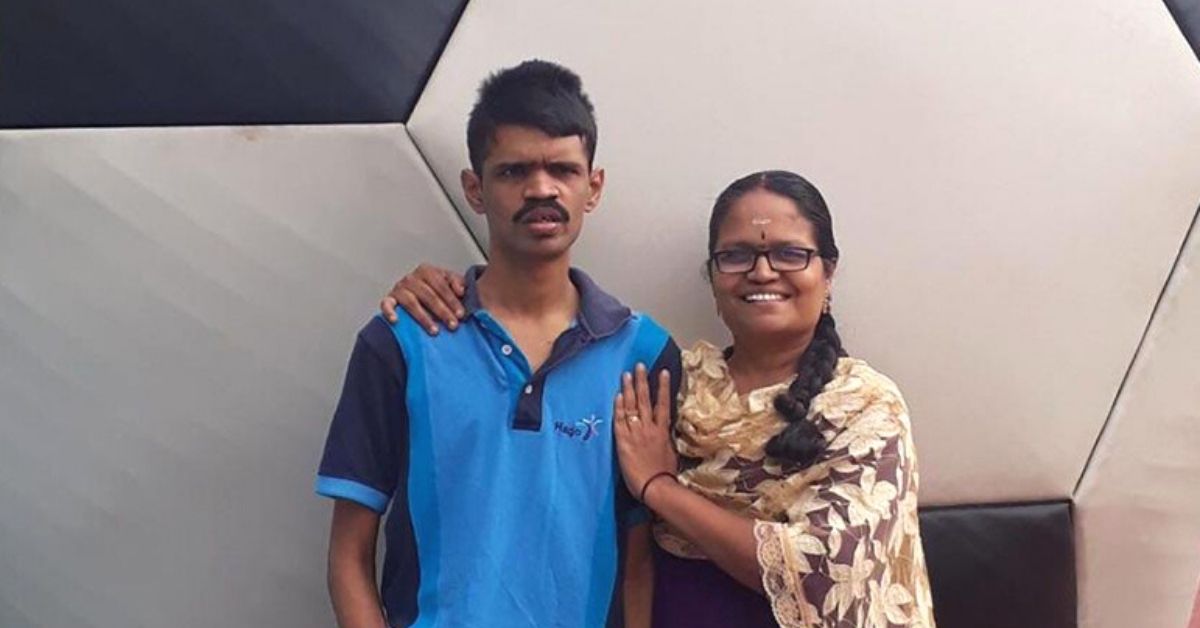 Detected with the Autism Spectrum Disorder in his childhood, Prem Sankar from Chennai as developed five websites, and hopes to make a career out of it.

On September 30, Prem Sankar celebrated his 25th birthday by launching his website. He has four others under his belt. It may not sound so cool, as lots of people have websites or have built them at much younger ages. But, the feat is unique for Prem to achieve. He is Autistic.

Children born or detected with the Autistic spectrum often struggle to complete tertiary education and mainly get jobs in handicraft making or secondary jobs.

But despite all odds, Prem has successfully learned the complex coding systems of HTML and CSS to develop interactive websites for his clients.

Prem’s inspiring life journey, going from struggling to learn and battling the perceived norms of society to learning coding languages, has enabled him to enter a mainstream profession in little over a year.

“Prem learned data entry and also completed vocational training in weaving and plate making. But he was never offered a job in data entry for behavioural reasons, and he never liked the latter,” says Mangai, his mother.

Born in Tirunelveli, Prem moved places to Tuticorin and Trichy. The parents realised behavioural changes in him at the age of three and moved to Trichy at the age of five. Doctors diagnosed him with Autism Spectrum Disorder. Prem pursued an education in an inclusive CBSE board school until the age of eight. He then completed his education and finished his Class X and XII from a special school at the age of 20.

At 20, after dropping out of an arts graduate course in Trichy, his parents moved to Chennai for their daughter’s higher education, which became a turning point for Prem.

“In April 2019, we visited a job fair organised to observe Autism month. We came across Manu Sekar, who works for students on the Autism spectrum. He assured that Prem could learn to code and develop websites,” Mangai said adding it seemed like a distant dream and much challenging.

However, Mangai qualified as a special needs educator and decided to make things easy for Prem in learning. Mangai prepared learning models and restructured the lessons according to the needs of Prem enabling slow learning. The simplification of steps gave him confidence.

After a year’s work of training and learning, Prem has developed five websites which include a one for himself. “Over the last few weeks, my son has built websites for friends in a special school, sports academy where he plays football and celebration website to help with the businesses,” Mangai said.

Focus on the strengths

“Prem has a good memory, but weak in logic. Hence, we decided to work on his strengths. Initially, we worked to develop greeting cards or other designs. But from December 2019, Prem started working on computer coding basics and learning languages,” Mangai said.

Manu Sekar, the founder of HashHackCode, says working with students with Autism requires personal attention as each’s needs are different. “Different students have varying learning abilities to understand the programming logic, cognitive skills, style and even time,” he told The Better India.

Describing Prem as a promising junior web designer, Manu said that in the case of Prem, analytics and his ability to understand grouping patterns are good.

“People with Autism are more focussed. He started making greeting cards and worked on design patterns to create full-fledged websites. Prem’s sheer will to sit, learn, execute and never give up attitude made him achieve the extraordinary feat,” Manu said.

The founder of the startup said Prem has worked on static websites and now would develop skills on advanced programming languages like javascript and creative coding.

“The skills will enable him to upgrade skills from developing single page websites to advanced ones like Shopify, dashboard and moving websites. Mangai has also learned to code and has become more of a co-worker than mother,” Manu added.

Manu said that people with autism do not need jobs out of charity or sympathy. “They do not need to sell agarbatthis or make plates. More sustainable jobs need to get created,” he added.

Mangai says it would be nice if people could give Prem work to develop websites for them. “Prem is interested in building celebration websites for wedding, dance and other similar genres. He can complete 80 per cent of the work by himself and needs help for the rest. He is working on learning complex coding,” she added.

Mangai said that her son is excited and much interested in continuing the new skills in his career. “He constantly repeats about his plans to work in the US as one of our relatives live there. Prem’s sitting abilities have increased, and behavioural issues have reduced since he learned to code,” she added.

“The launching of websites has earned appreciation for him and made him feel socially inclusive. Acceptance from society is the real therapy for people like my son,” Mangai said.