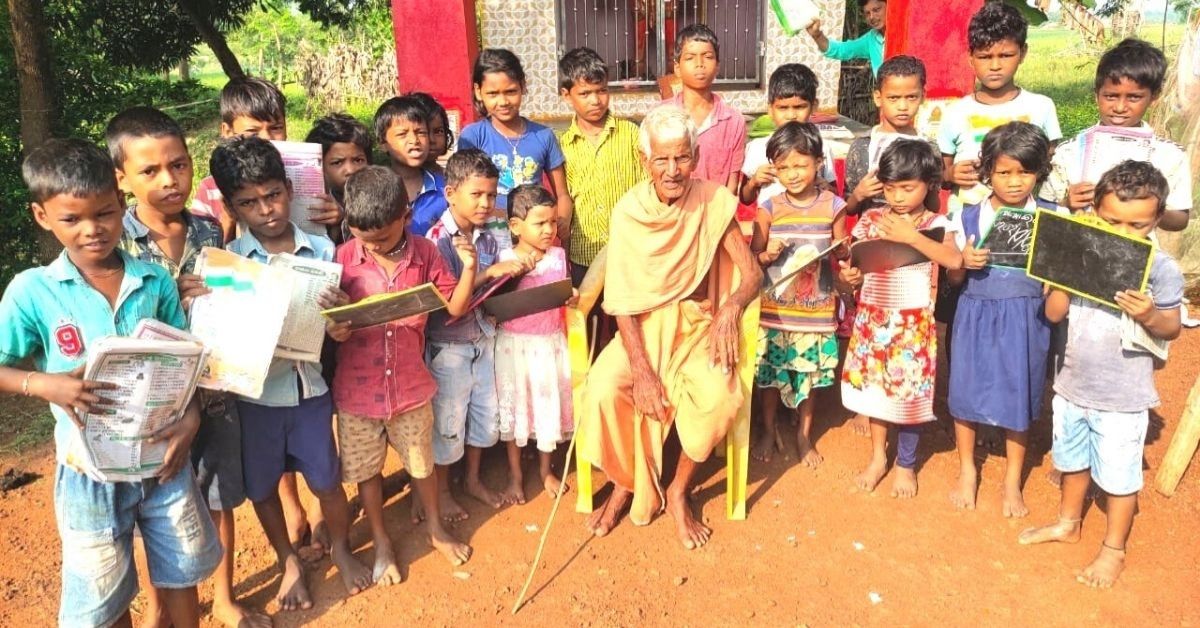 “I have taught at least three generations from the same family,” says Nanda Prusty of Kantira village in Odisha’s Jajpur district, approximately 100 km from the capital city of Bhubaneswar

Nanda Prusty looks at his grandson, who repeats the question for the third time. Over the years, he has become hard on hearing, but his cognitive abilities remain unhindered. Age is clearly taking a toll on his physical health, but his passion remains unbridled.

He grasps the question in the third attempt and begins narrating his story.

“I have taught at least three generations from the same family. You can imagine the number of years I must have put into teaching,” Nanda Prusty of Kantira village in Odisha’s Jajpur district, approximately 100 km from the capital city of Bhubaneswar says.

A smile lights up on the face of his grandson Sarbeswar (30), who acts as the mediator in the conversation.

“My grandfather has been teaching for 70 years. Yes, seven decades. Isn’t that incredible?” asks Sarbeswar, beaming with pride.

Nanda Prusty, popularly known as ‘Nanda sir’ is still young at 102 years. He has the same zest for teaching today that he had when he started.

“I don’t remember the exact year when I started teaching. But, it was really long ago, before India got independence. Everyone in my village was illiterate. So, I was sent to my maternal uncle’s place in Jajpur district to get an education. After I returned, I started teaching others,” Nanda sir recalls.

Sarbeswar, who had grown up listening to the tales of his grandfather from his father, chips in to give more details.

“My grandfather was the only child of his parents. After he finished his education, he got a job at a place which was slightly far away from home. My great-grandfather (Nanda Prusty’s father) couldn’t bear the separation from his only son, so he asked him to quit his job and return home.”

Once back, a young Nanda didn’t find any work to do. He belonged to a family of farmers, and the earning was decent enough to run the house.

“After returning to my village, I would often spot young children roaming around aimlessly. They were all illiterate and couldn’t write one word. Since I also had no work, I decided to teach them. Initially, I had to run after them and pester them to study. It was difficult to convince the children,” says Nanda.

Since there was no school or any infrastructure in the village, he started teaching under a tree. For Nanda, the knowledge sharing exercise was done to help others, and therefore he didn’t take any money. 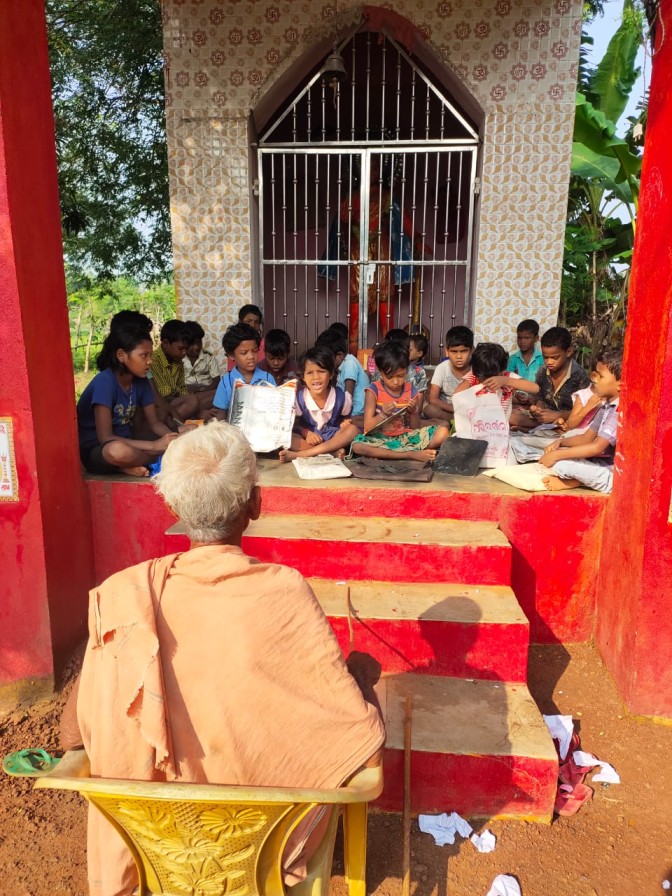 “I like children. Teaching gave me happiness. I wanted the kids to grow up and become good human beings. So, my intention was too valuable to be compared with money. I didn’t charge a single penny,” he says.

Soon, the popularity grew, and the villagers started sending their children to ‘Nanda sir’ for education. In fact, the elderly also became his students.

“There used to be two shifts – morning shift for the kids and late evening for the elderly. The kids would learn Odia alphabets and a bit of mathematics. The elderly would come to me to learn how to write their names, basically their signature,” Nanda says.

The tradition which started when Nanda was a young boy continues to date. Of course, the villagers now take education more seriously, and the kids go to school regularly. But even then, the villagers send their children to Nanda sir’s classes.

Even today, he gets up around 6 am and takes classes from 7.30 am to 9 am. He retakes classes during the late afternoon hours from 4.30 pm.

“There are about 40 students who attend his classes. All of them are enrolled in the village school but still come to my grandfather twice every day. With all these years of teaching, he has earned respect in the village for which every family wants their child to learn from Nanda sir,” says Sarbeswar.

The tree under which Nanda sir used to teach has been replaced by a temple built by him around seven years back. So, now the classes remain unhindered even during rough weather conditions. The classes were suspended for a few months during the pandemic, but have resumed now.

So far, Nanda sir has not taken any help from the government, nor he intends to do so in future.

“Why should I take help? I taught them for free all these years, so why should I avail any facility now? My only intention is to educate others. That’s all I need. I will continue teaching the children as long as my health permits,” Nanda sir says.