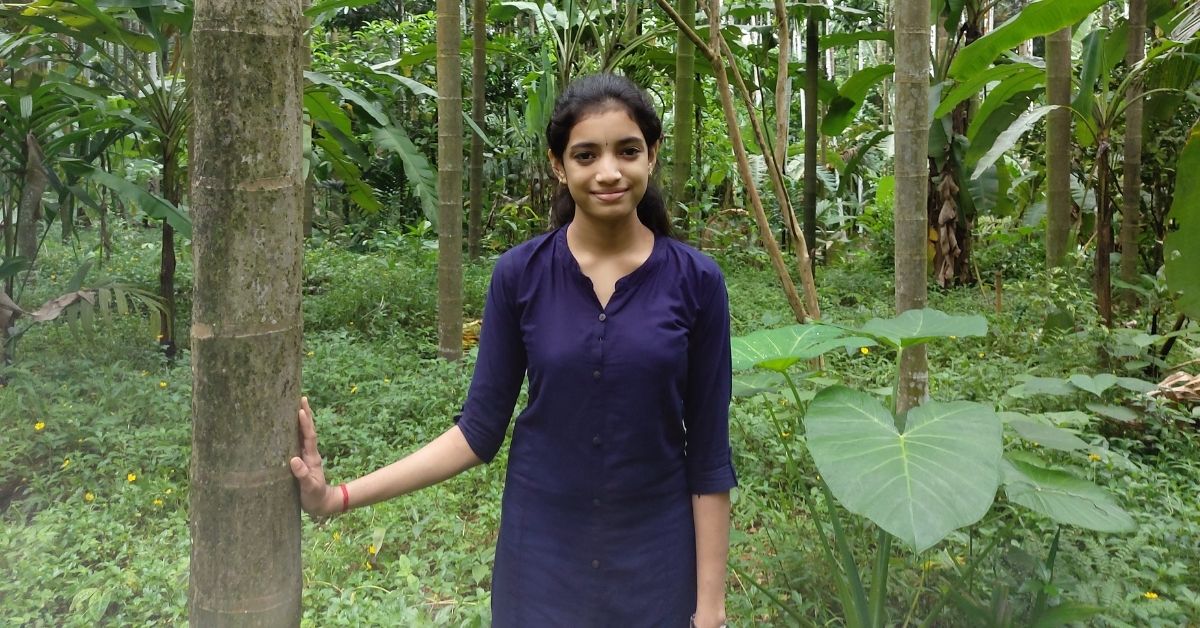 Neha Bhatt, a class 10 student from Karnataka’s Puttur city recently bagged the third prize at the national level of The Council of Scientific & Industrial Research (CSIR) Innovation award for students for developing an eco-friendly agri-sprayer. She received a cash prize of Rs 30,000.

The automated sprayer machine that saves time, resources, and energy is for areca nut-growing farmers. Every monsoon, the farmers spray a mixture called ‘Bordeaux’ or ‘Bordo’ on the Supari crop to prevent fungal infection.

However, when sprayed manually, the mixture –  a combination of copper sulfate, lime, and water – poses several health risks to farmers like a burning sensation in the chest or abdomen, nausea and headaches. 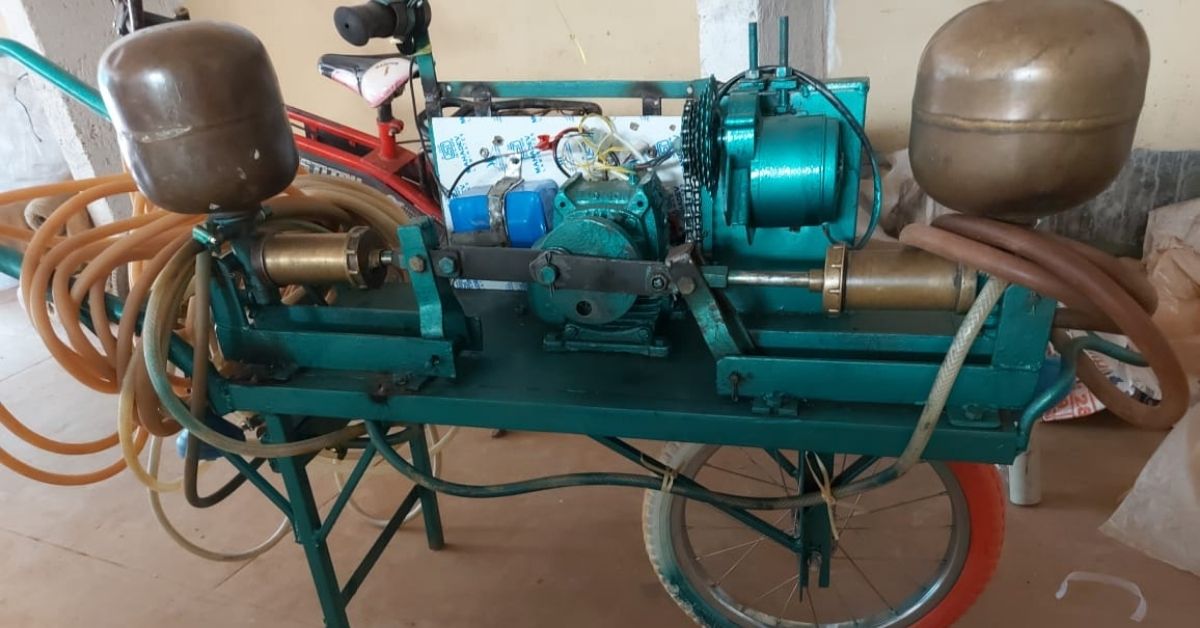 The idea of agri-sprayer was incubated during a workshop by NXplorers that Neha was a part of in 2018. Having heard about these problems from her father, Neha jumped on the idea and started working on it.

With guidance from her parents, local farmers, Atal Tinkering Lab at her school and NXplorers, Neha built the automated machine that weighs 30 kilos and submitted the prototype for the CSIR innovation programme.

“Having heard so many stories of Bordo mixture being an absolute necessity despite its hazardous effect, I always wanted to ease the troubles of farmers. The innovation challenge was like a much-needed push to act. I am grateful to my parents, teachers, and most importantly, farmers who gave their valuable inputs at every stage of development,” Neha tells The Better India. 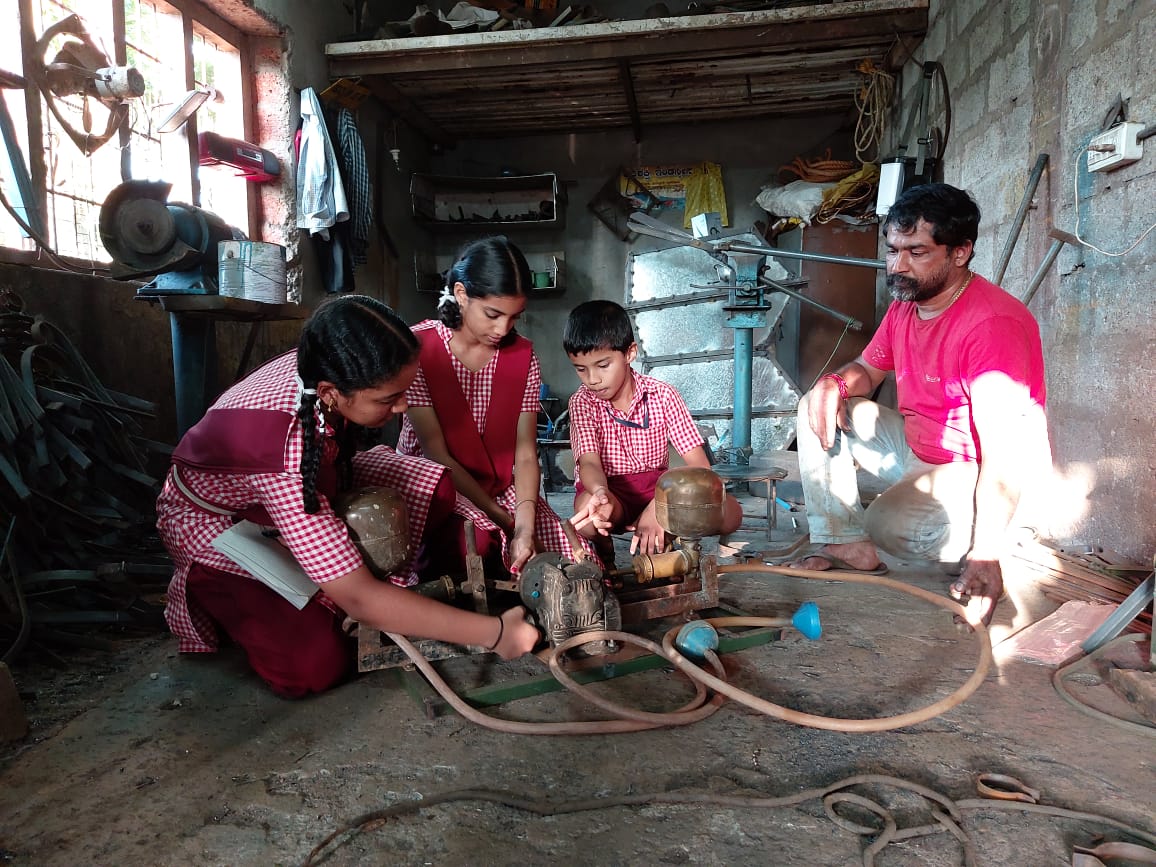 Usually, it takes three people (to mix Bordo, move the lever to produce pressure and spray) to use a traditional Gator pump.

In the process, a farmer not only comes in direct contact with pesticides while putting the pressure but also ends up wasting some of it. Other problems include high labour charges and more time and fuel.

“Neha has addressed all these problems with the automatic kit machine that requires minimal human intervention. She has used all second-hand parts and ones already available in the house to make the kit that comprises a diesel motor, battery, 2 gator pumps, pressure release walls, a gearbox and liquid level indicator. The kit is mounted on a cart so that it can easily be transported across the farm,” Shivaprasad, ATL in charge at Vivekananda English Medium School, tells The Better India. 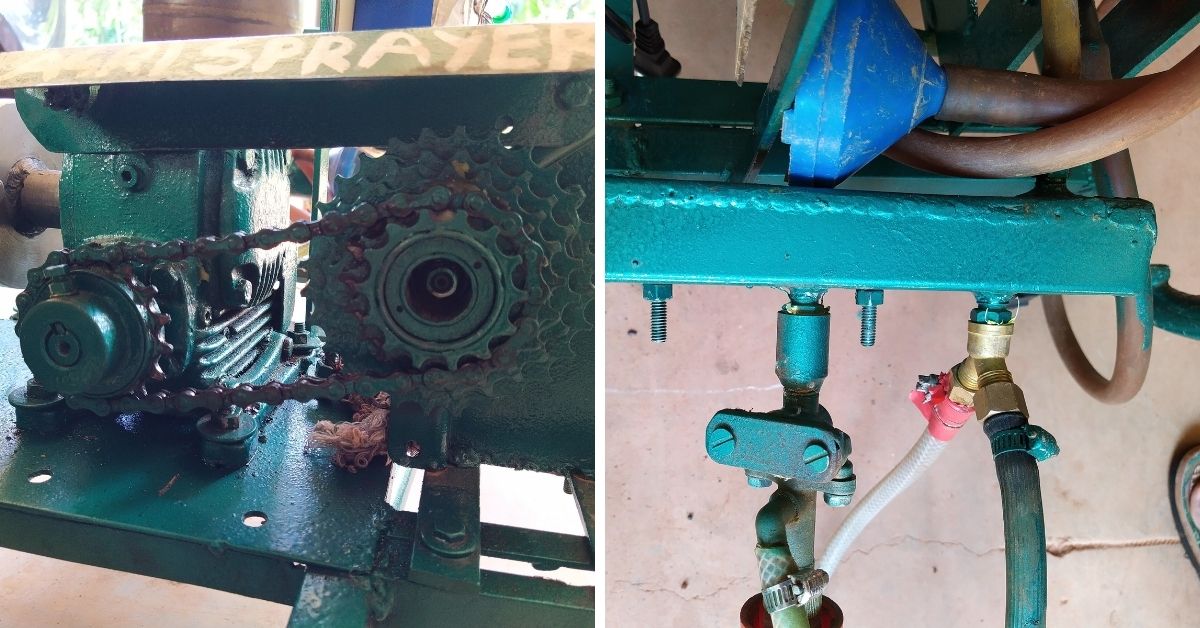 Explaining the process, she says the machine works work on the principle of Archimedes lever according to which a small force is enough to exert a large pressure. Hence, the automatic pump is three times more efficient as it has three outlets and covers three times the area and crops covered by the old gator pumps.

“The two Gator pumps are placed face to face, and their pistons are connected to the larger wheel of the gearbox so that when the wheel starts rotating one piston gets pulled, and the other pushed and this takes place simultaneously. The smaller wheel is connected to the DC motor via a chain, and the DC Motor is given power supply through the battery which is charged using the charger when required. When the pumps exert pressure, the suction hose sucks the medicine, and this flows to the junction box. From the junction box, I have given three outlets. There is also a pressure release valve. Here there is an accelerator to adjust the speed depending upon the number of sprayers. The battery if once charged works continuously for 5 hours.” 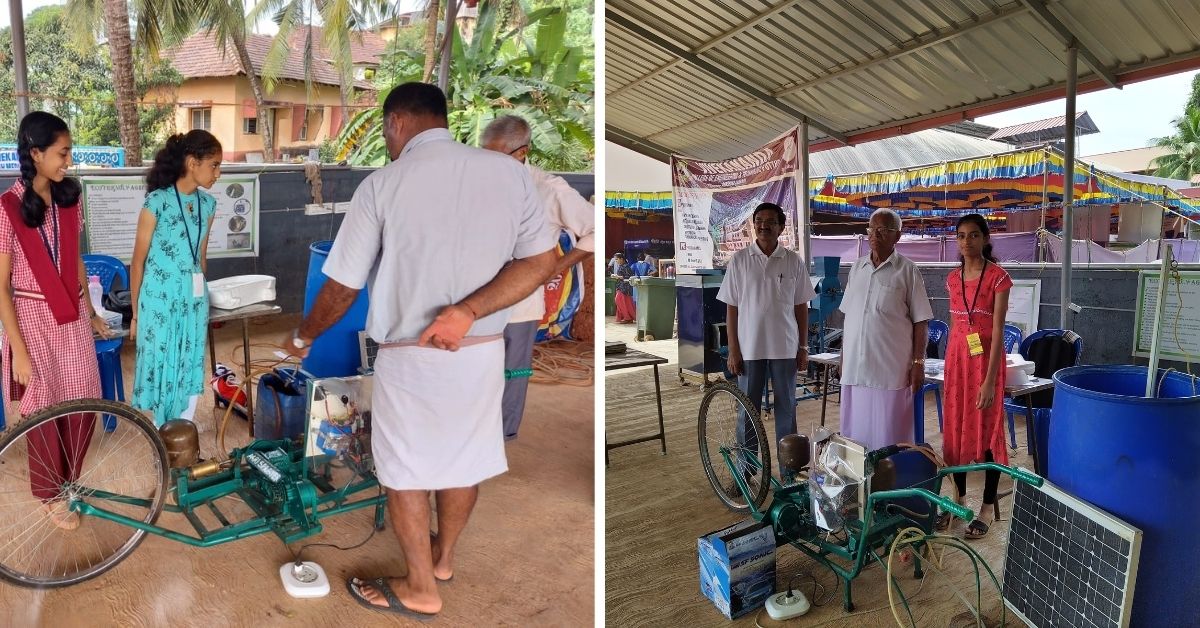 Apart from the sprayer, the machine can also be used as a weedicide, organic sprayers for paddy, rubber, cashew and other crops by the farmers.

Neha conducted several trials and testing to develop an error-free prototype while juggling her studies.

Even though this year is crucial for her, Neha has not stopped experimenting. She is now working towards developing another version that is small in size and one that runs completely on solar power.

“Thankfully, my teachers and classmates are very supportive. They help me prepare notes and solve my doubts at any hour of the day,” she adds.