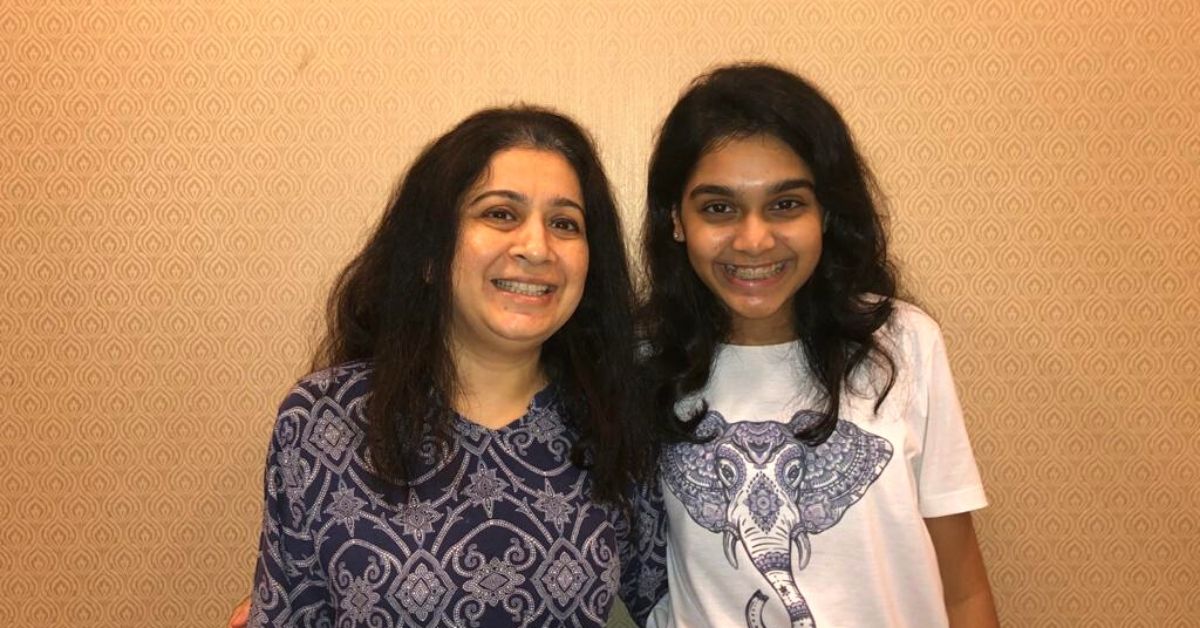 Aalya Vora’s ‘Sili-Dry’ and ‘Odor-Go’ can be used five times before they need to be discarded, and they have sold over 1300 units so far

When Aalya Vora, studying in Hill Spring International School, Mumbai, signed up for a course in entrepreneurship in 2017, little did she realise her extra-curricular activity for self-development would transform the 16-year-old girl into a mini-entrepreneur for real.

“Our assignment was to find an idea for a product and develop it into a sellable prototype by the end of the course. That is when I decided to solve a personal problem,” says Aalya, speaking to The Better India.

Aalya, a football player, often entered into long arguments with her mother Nipa thanks to her shoes.

“My shoes strongly smelled after each round of play, even though I dried them on the balcony. They always seemed to fail to dry completely, especially during the Monsoons. I kept assuring my mother that I had indeed dried the shoes and blamed the shoes for holding on to the smell,” Aalya says. None of it seemed to work – the drying or the excuses, and a foul odour followed Aalya’s shoes at all times.

Finding a solution for her shoes

Eventually, she realised the problem extended deeper down. “Though the shoes dried from the outside, the interior of the shoes remained moist. Using newspapers would not help much, and the ink would dirty the inner cushions of the shoes,” she added.

With that as an inspiration, Aalya said initially she thought of building a dryer for shoes. “The idea was fine. But the external parts of shoes dried anyway. I needed something that would fit inside a shoe and soak up dampness,” she said.

That is when she discussed the idea with her mother.

“We have been in the garment export business for almost 25 years. We knew that Silica sachets are used in water bottles, purses and other products to absorb moisture and started building on that information,” Nipa Vora, Aalya’s mom, told The Better India.

Already in the business for years, Nipa helped her daughter with potential leads. “We had a rough idea on where these items could get procured,” she adds.

Aalya said despite those potential leads and having an idea about the material, a lot of research still needed to be done. “We experimented a lot with different materials. The existing moisture absorbing bags in the market cannot be reused. I wanted to develop a bag that could allow multiple usages,”

Another problem was also that one never knows when these bags no longer work.

One idea to another

“We thought of using a specific ink as an indicator that would change colour once moisture levels are high,” Aalya said. “Finding the ink was a task and had to be procured outside Mumbai,” she added. Aalya said that she tried five different materials that were moisture-absorbent and would change the colour of the ink when exposed to high moisture levels, before getting the mix right.

So by combining a drying agent that regains its absorbing properties after heating with a material dyed in moisture-sensitive ink, Aalya came up with her product – ‘Sili-Dry’.

“Sili-Dry can get used about five times before it gets discarded. The colour ink on the bag changes once the moisture levels are saturated,” Aalya explained.

Get a Boost From Mom

Interestingly, Aalya already had a ready source of potential clients and a method to get her bags produced. Thanks to her mother’s business contacts, a vendor was quickly arranged to manufacture the bags, and potential clients got to see the product in no time.

Along with shoes, the product could also be used to prevent razors from rusting, and could electronic goods as well. The family has already developed another product along similar lines as well, named ‘Odor-Go’, to remove dampness from wardrobes, clothes and other closed spaces in homes for up to two months.

They have sold over 1,000 Sili-Dry bags and 300 Odor-Go packets so far and now hope to scale up the product for a wider audience.