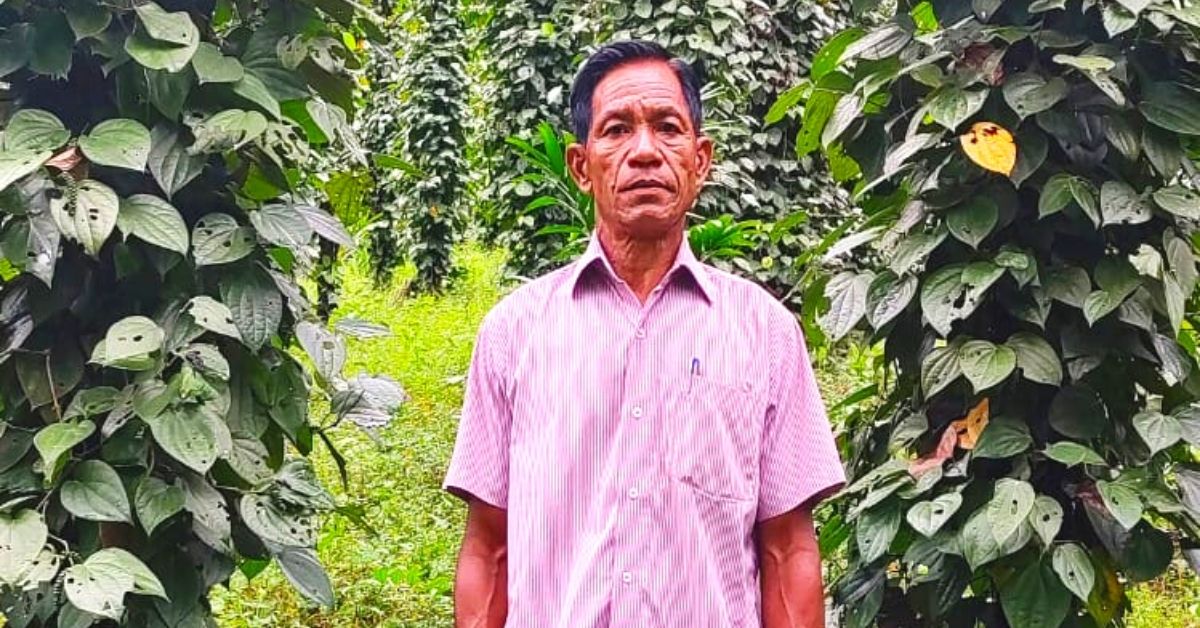 Nanadro B Marak from Meghalaya’s West Garo hills began organic black pepper farming in 1986. Here’s how he worked on his plantation to earn a neat income.

Nanadro B Marak’s house is tucked away in the misty hills of the Tikrikilla block, West Garo Hills district, Meghalaya. As you walk towards his premises, you will be greeted by towering black pepper trees, strong winds and a spicy aroma.

There are 3,400 trees of the ‘black gold’ spice in Nanandro’s mini-forest spread across five hectares that he inherited from his in-laws in the 1980s

The 61-year-old was a pioneering farmer in the West Garo Hills, who first planted the Karimunda variety of black pepper, that gives medium-sized, chestnut-black coloured grains.

He began farming with an investment of Rs 10,000 (a huge amount back then) and planted around a hundred trees. With each passing year, he kept on increasing the number.

Unlike other farmers in the region, Nanandro stuck to organic farming and strictly avoided using any harmful chemicals from the very beginning. For the first three years, the trees suffered damage, but he did not give in. Instead he came up with eco-friendly alternatives to kill pests.

Today, Nanandro’s variety gives an average yield of 3.2 kilos per tree. This is almost three times higher than other growers in the state, “The oil content is also higher. Meanwhile, the smell, taste and texture are the same as others. The key to his award is the production quantity.” 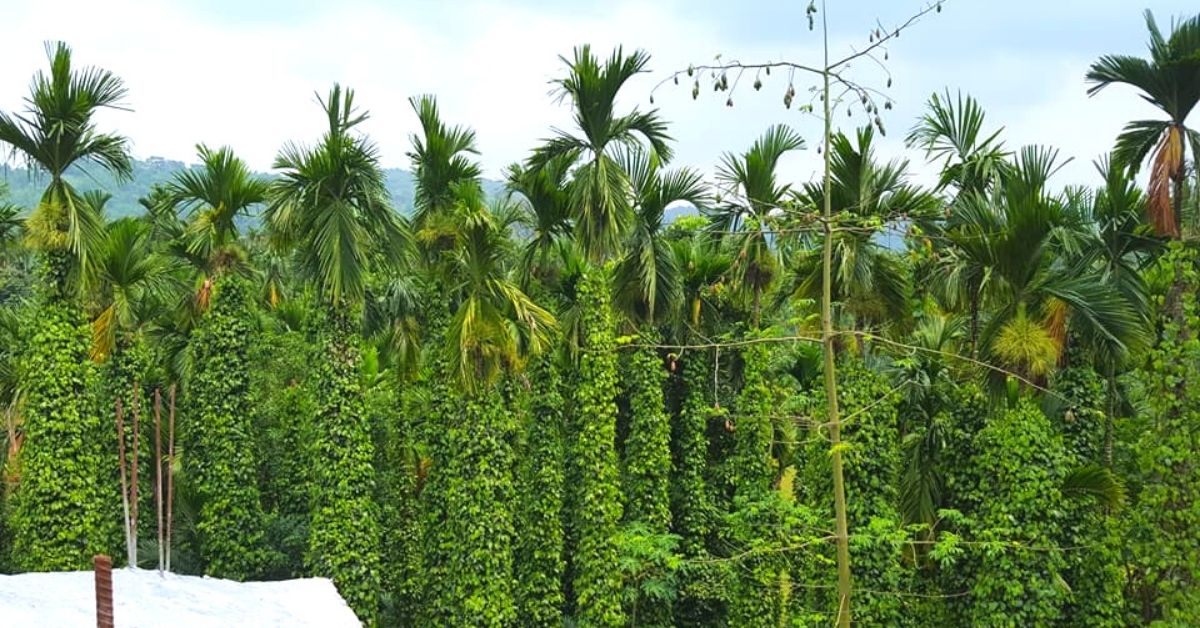 The maturity period of the crop is 8-9 months, and Nanandro has formed his cycle in a way that he harvests twice in a year.

“Black pepper is a one-time investment post which gives returns every year. By the fourth year, the maintenance cost also comes down significantly,” he says.

It is these very sustainable practices that bagged him the title of ‘Best Pepper Grower from India’ by the International Pepper Community (IPC) in 2018.

Confirming the news to The Better India, Dharmendra Das, Deputy Director & Regional Head Guwahati’s Spices Board says, “We are very proud of Nanandro for not compromising on his farming methods despite the hardships. Pepper is a very tedious and time-consuming tree to grow, and he did it entirely on his own. He is a model farmer for pepper cultivation in North-Eastern region. I hope others take inspiration and knowledge from him.”

As part of promoting spice cultivation in the region, Das had visited Nanandro in 2018. Impressed by the gigantic cultivation, Das helped him apply for the IPC award.

The Key to ‘Best Pepper’

“It is a combination of various factors,” Nanandro excitedly tells me as he pans his phone camera to share a glimpse of his lush green forest.

“Right from soil levelling, seed quality, mulching, composting to timely harvesting of crops, every step is crucial here. If there is water stagnation for more than 24 hours, the trees can easily be infected with diseases. I also adopted intercropping and planted areca nut trees in between pepper to get an extra source of income from the same plot,” he adds.

Seeing Nanandro’s success, several farmers often come to him for advice and training on growing black pepper alongside areca nut trees. He also takes training sessions across the district for those who cannot make it to his village. 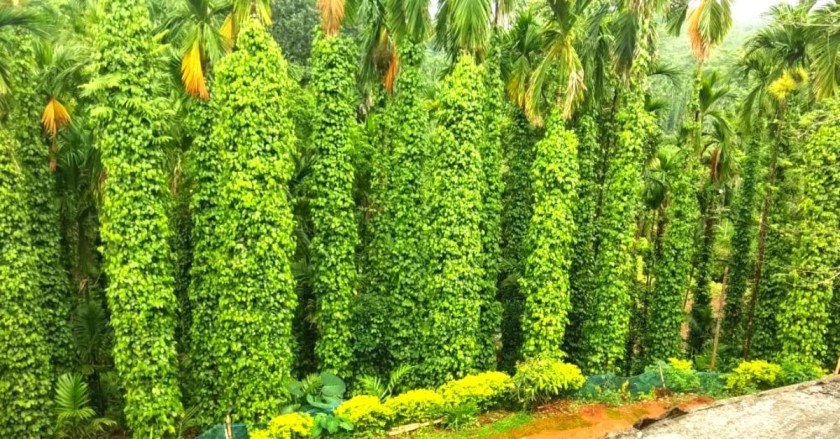 Ringnang Sangma, a farmer and his promoter, says they have trained close to 800 farmers across 18 villages.

“Being a friend and his neighbour, I have seen Nanandro build his forest from scratch. I replicated his methods on my land and found success. So, we wanted to share our knowledge. Many believe that his techniques are complex or demand fancy equipment, but that’s not true. The method is ancient and easy to implement,” Sangma tells The Better India.