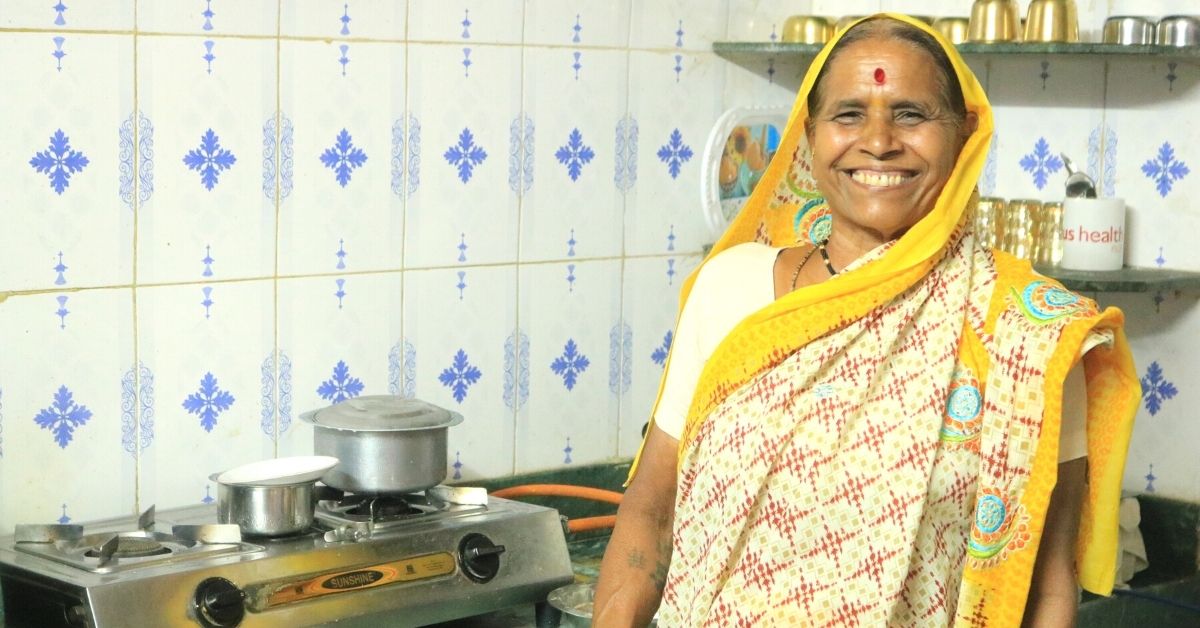 She never went to school, had an online account or ‘upskilled’ a day in her life. But this 70-year-old lady from rural Maharashtra still became a YouTube sensation. Suman Dhamne’s recipes from Sarola Kasar village, about 15 km from Ahmednagar, has over six lakh subscribers on her YouTube channel ‘Aapli Aaji’ (Our grandmother) – all in just six months.

“I did not know what YouTube was and never thought about putting recipes on social media. But now I feel uneasy if I do not share any recipe on the channel,” says Suman Dhamne, who has about 120 recipe videos on her channel.

Suman makes Maharashtrian dishes with homemade spices, all in traditional flavours. Impressed by her culinary skills, the channel has over 4,000 subscribing and millions of views each day.

From Pav Bhaji to over 100 food recipes

The tech support behind her feat is her millennial grandson, Yash Pathak who made everything possible. Sharing how it all started, the 17-year-old teenager said, “Sometime around January, I told my grandma to cook Pav Bhaji for me. After watching a couple of recipe videos, she said she could make a better one.”

“I don’t know what she changed from the recipe videos, but the food was loved in the family. That is when the idea struck me to come up with a channel,” Yash said.

The teenager said after some discussions and planning, the first video – bitter gourd recipe – was uploaded in March. “It started getting viewers. Eventually, we uploaded recipes of groundnut chutney, green vegetables, Maharashtrian sweet dishes, eggplant and other traditional food recipes,” he added.

“The latest one is a bakarwadi recipe video which garnered about two million views in a couple of weeks,” he adds.

However, this adventure for the boy, studying in class XI. and his grandmother has been full of ups and downs.

“I was very excited about the idea when Yash proposed the idea to me. But I never faced a video camera in my life and used to get very uncomfortable initially. I used to be very conscious about my looks, the movements and if everything is going as planned,” Suman says.

The lady said that she even stammered or got scared while speaking on the camera. Eventually, she became comfortable and also got used to the technicalities of social media and its functioning.

“I decided to try, and now I have become famous. I was very happy when I got appreciation – even a YouTube creators award. I feel very proud and enjoy the appreciation from family and relatives,” Suman said.

When the channel got hacked

Yash says that among many challenges, one was to teach technical aspects of the camera to his grandmother and also learn in the process.

“I did not have a video camera then and used a smartphone. It caused editing and network issues to upload the files,” he said.

Yash added that he was not aware of the length of the recipe video. “With experience, I learned to find an ideal time length for videos. Grandma did not know many English words like baking powder, sauce and others. I taught her to pronounce them correctly,” he told The Better India.

The teenager said to have managed the task of uploading two recipe videos a week while preparing for his class Xth board examination.

A major blow came to the duo when the channel got hacked on October 17, and a bitcoin live stream ran on the link.

“I was upset and skipped the meals for the day,” Suman said. “My grandson had done so much of hard work and the videos just disappeared one day,” she adds.

The channel eventually got restored in about four days, and both felt relieved.

Suman says the reason she feels her recipes become popular are traditional cooking methods and spices.

“The viewers often get tempted by the colour of the food items and spices. The viewers often request to have a call and discuss the recipe. Hundreds of people have asked for the spices,” Suman said. To keep up with the never-ending request for spices, Suman and Yash started making traditional spices on a commercial basis.

Along with her farming activities on her 30-acre farm, the lady wishes to continue sharing recipes as long as she can. “Viewers also ask to make particular food items and based on the demand, I try to make some,” Suman said.

Suman says she has lined up a range of dishes for the festive season of Dussehra and Diwali.

“I am excited to make all the items and share the recipes for viewers,” she adds.