The increased dependency on the virtual space has given rise to issues like online harassment and cyberbullying. Over the past 7 months, the number of abusive comments on platforms like YouTube and Instagram have multiplied rapidly.

Over the past seven months, one of the biggest changes that society has had to adapt to as a result of the pandemic was the switch to a virtual world. Students have moved to online classes and working professionals have been working from home through their laptop.

As a result the dependency on video conferencing apps and live virtual resources online has increased to a great extent.

Although this change has helped maintain social distancing norms and avoid the spread of the virus, it has given roots to a problem that has existed ever since the inception of the internet – online harassment.

With the virtual space taking over, one group of people who have had to go through severe difficulties and abuse are teachers.

At the very beginning of the lockdown in April, several teachers from the Delhi university complained of abuse and harassment by attendees of their online classes. Professors reported that people were logging in from unknown user IDs and writing obscene and abusive messages on the chat.

But the abuse isn’t limited to just college professors. When the Kerala Department of Education launched their online class initiative, First Bell on 1 June of this year, they launched it via YouTube and the government’s education channel, Victers. An English teacher for class 12 was assigned to take the classes for the very first day. Although the effort that went into her classes was highly appreciated by several students across Kerala, the internet did not leave her alone.

Thousands of memes with derogatory comments and sexual undertones emerged in a span of just one day and social media handles and Whatsapp groups with the name ‘Blue Teacher Army’ (referring to the colour of the saree she was wearing) was created with screenshots and pictures taken from the online class. Another teacher who took lessons for Class 1 students was also trolled for her storytelling video.

In response to the situation, Anvar Sadath, Chief Executive Officer of Kite Victers wrote, “Saw that the videos in the First Bell programme, meant for children, were presented (beyond harmless trolls) in a derogatory manner in cyberspace. This is very painful. Will go ahead with strong action against it.”

Over the last few months, video compilations of online classes have also been doing the rounds where students are seen playing abusive videos, changing their names to those of adult movie stars and even smoking.

The possibility of anonymity provided by the internet has also given users to say anything they want, wherever, whenever.

In another incident, a mathematics teacher, who teaches 9 and 10 classes through her YouTube channel eVidyarthi was being harassed with vile comments. Students and random YouTube users have left horrendous comments on the video objectifying and sexualising her appearance. Although this didn’t stop her from continuing to teach online, ( kudos to her) this pathetic behaviour discourages so many people, women especially from being active participants on social media and being content creators.

Ultimately the internet is depriving themselves of resources and depriving people of the opportunity to create.

So What Can We Do About This? 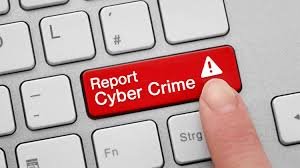 First of all, call them out. When you are scrolling through your feed and come across an abusive or derogatory comment on a post- report the comment/post and if necessary even report the profile of the user. Post a positive note conveying that the comment or post will not be entertained.

Creating a safe space on the internet has become the need of the hour, especially with the current circumstances where we have become highly dependent on virtual space. In order to encourage new content creators and put an end to this online harassment, there is a certain amount of responsibility we must take on as well as users of the internet.