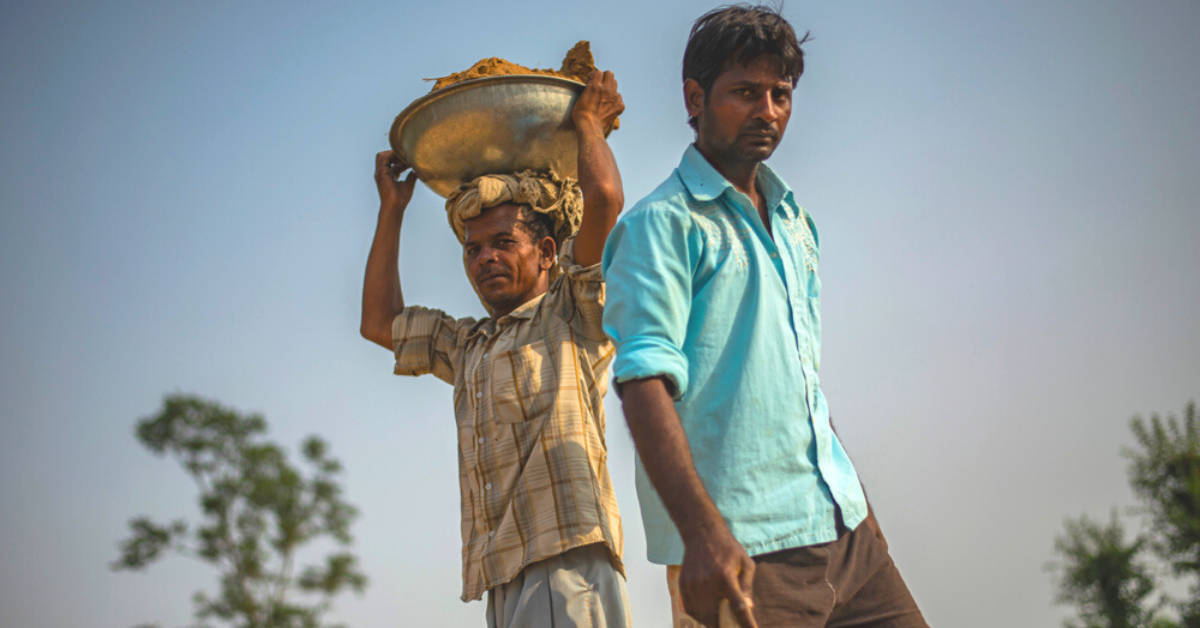 “At that time the virus had not yet reached my village. My parents believed that we would be safer there and in worst case scenario would do some kheti (farming) and live.”

In March 2020, when the lockdown was announced, the lives and livelihoods of many people across the country changed almost overnight. For brothers Rakesh and Ramesh Rawat who were eking out a living in Gurugram, life came to a screeching halt.

The brothers from Kalyani village in the Garhwal region, Uttarakhand, had left their village a decade ago and were making a decent living in the city. While Rakesh worked in a logistics company, Ramesh worked as a driver with a family in Gurugram.

The logistics company shut shop and Ramesh’s employers, who continued to give him his salary, had no work for him.

After two months, Ramesh and Rakesh decided to go back to their village. “There was a bit of pressure from our families. Our parents were getting anxious with all the news reports that were trickling into their home. They just wanted us both back,” explains Rakesh.

Though Rakesh had no income, Ramesh continued to draw a salary but still decided to return home. “At that time coronavirus had not yet reached my village. My parents believed that we would be safer there and in the worst-case scenario, we would do some kheti (farming) and live.”

Home but without an Income

The brothers spent fourteen days in institutional quarantine and then were allowed to go home. While the first few days were spent in the happiness of making it back, soon they realised that they needed to find jobs or some means of making money.

“At that point, in May, we weren’t even sure if we would be returning to the city and if our old jobs would still be available for us,” says Ramesh.

With families to feed, the brothers turned to their Zila Parishad.

“We were told that we could work under the Mahatma Gandhi National Rural Employment Guarantee Act (MNREGA) scheme and earn a daily wage of Rs 202. It was something that we needed and decided to take up immediately,” says Rakesh.

What Work Did They Do?

Launched in the year 2005, MNREGA’s objective was to enhance the livelihood security in rural areas by providing at least 100 days of guaranteed wage employment in a financial year to every household whose adult members volunteer to do unskilled manual work.

The average per day wage rate for unskilled work under the scheme is Rs 202 for the fiscal year 2020-21.

The signees are allocated work by the agency and their work recorded, which entitled them to the wages. It was mostly road-laying work and that involved a fair amount of breaking large stones and carrying it to the site. “We would all report to work at 8 am and work till about 10.30 am when we were all given some tea. Lunch break would be for an hour and with another tea break post-lunch, we would wrap up for the day at 4.30 pm,” says Ramesh.

Ramesh informs that both men and women were paid the same sum of money for the same amount of work.

According to this report in The Financial Express, in the first 100 days of the financial year beginning April 2020, half of all jobs came from MNREGA. “The easing of lockdown from the second week of May accelerated job generation, resulting in total person-days of a record level of 56.8 crore in May, taking the total for the first two months to 70.92 crore. And, in June, another 36.88 crore person days were created,” states the report.

How Did They Get Paid Under MNREGA?

“For those with a job card, the money is directly credited into their account after every fourteen days of work. Since my brother and I did not have job cards, we asked for the money when we needed it,” informs Ramesh.

Was there any issue with payments? “Not at all,” answers Ramesh. “I would make a withdrawal once every two or three days and that helped me a lot during the lockdown period.”

With about 15 others working along with the Rawat brothers, Ramesh mentions that many, like them, had returned home after what he described as their ‘vanvaas’.

Ramesh has now returned to Gurugram to resume his job as a driver and Rakesh is also contemplating returning, though his job with the logistics company is no longer available to him.

“Whatever said and done, because of MNREGA, we were able to at least get some money home,” says Ramesh.