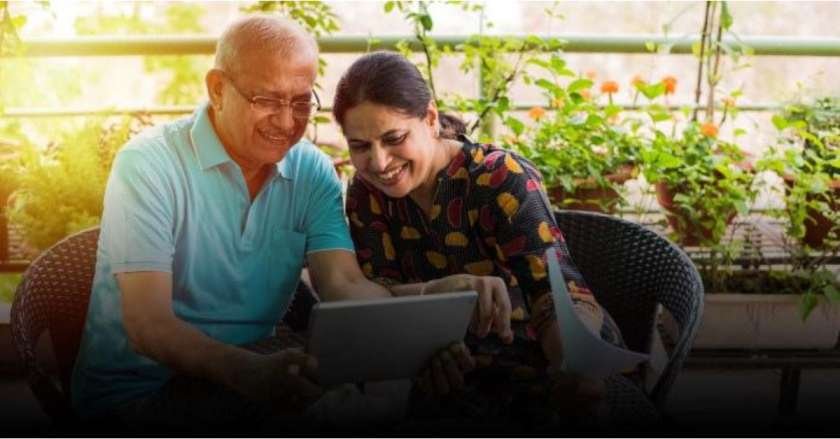 With the pandemic demanding the use of online resources and virtual meetups, several senior members in Indian households have been facing difficulties getting a hang of technology.

During dinner last night, my father suggested that we back up all important data on my phone in case something happens to it. I tried to explain the concept of cloud backup and Google Photos to him, and it took longer than expected. With the pandemic demanding the use of online resources and virtual meetups, several elderly members in Indian households have been facing difficulties understanding technology.

Feelings of isolation in such a scenario are not far behind.

To overcome this problem, MBA graduates and sisters, Shreya Bajaj, 30, and Surbhi Bajaj, 26, from Bengaluru, have come up with the service Easy Hai, to help out senior citizens learn how to make use of online grocery shopping, use virtual meeting apps and educate them about fake news and WhatsApp forwards.

“During the lockdown, my restaurant in Chennai had to be closed for about two months. During this free time, I started connecting with a lot of my elderly family members. Several of them asked me questions on how to go about virtual meetings and how to use UPI and several other queries. I began helping them out and slowly this started extending to my family friends. That’s when I realised that this has become a huge struggle, especially over the past 5 months,” explains Shreya Bajaj, co-founder of Easy Hai.

With this thought in mind, Shreya and her sister Surbhi started the Easy Hai services in June. After taking note of the commonly asked questions, they put out a post on social media with a list of sessions for the week that would be conducted on Zoom. “This post got a lot more reach than we expected. We got almost 50 reposts and had participants from all over the country joining us. So we started expanding over the past two months and now we conduct around 18 sessions over the span of one week and have four teachers in total who are helping with the service,” Shreya explains.

Coming Up with Innovative of Teaching the Elderly

Instead of going about a ‘how-to’ approach’, the Easy Hai services have taken on an approach which makes the elderly more aware of the technology they use as a whole.

“We teach them about verifying WhatsApp forwards, how to identify fake news and also about the privacy and security that is in place for these apps that they are using,” she explains.

Although the duo considered starting the services in person with the clients after the pandemic was over, they soon realised that it would be more useful to them at this point in time.

“I thought co-ordinating the clients would be hard since several of them were not aware of how to use Zoom calls in the first place. But we managed to find a way around it by sending the Zoom link along with a voice note to help them navigate through the process and once they joined the call, we were able to take over and explain its functionality,” she adds.

Neena Gupta, a homemaker based in Mumbai has been using their services since June and speaks about how she feels more confident now that she is able to use social media apps without help from her children.

“I have always wanted to use Twitter but I didn’t know how to use it. But after learning it from Easy Hai services, I understand the difference between a tweet, a retweet, a mention and so on. Since they teach everything from scratch, anyone can easily pick up. It is also an extremely detailed way of teaching, which is beneficial to elderly people like us,” Neena explains.

The service also compares different platforms during their sessions and asks them to identify similar icons and identify what they stand for.

“For example, when we ask them what icon do you use to search for something on an app, all of them point towards the magnifying glass,” Shreya explains.

Anju Chitlangia, another homemaker from Mumbai, also shares how she has become more independent as a result of the services that Easy Hai provides.

“Before availing their services, I used to run to my son for the simplest of things but then I realised why don’t I try to become more independent now that they are all grown up and in different places. So I joined the sessions and now I think I can match up to my son,” Anju laughs.

“When I started the services, several of the elderly people asked me if I’m an engineer, probably seeing my expertise in technology. And I replied to them saying that I’m not an engineer and if I can do it, so can you. I think that’s the only reinforcement they need to start learning,” says Shreya.

People aged between 40 to 60 or above can sign up for classes based on their requirements. They don’t have to sign up for all the classes as they have a pay per class model. Users need to pay Rs 150 for one class. However, package deals for several classes, for example, five classes brings the cost down to Rs 120 per class, while a package of 10 classes costs Rs 100 per session. Three sessions are held per day from Monday to Saturday, and a maximum of 30 people can join one session.