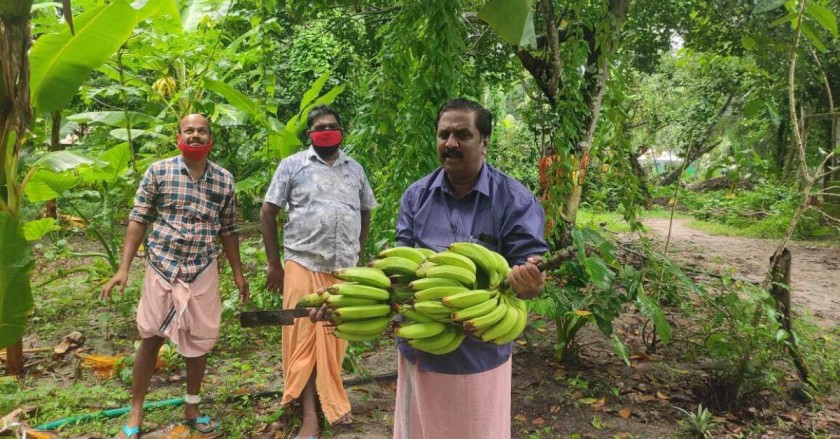 In order to use the elephant dung, Krishna decided to add it to his compost pit along with the other biodegradable waste from his farm.

Krishna Prasad, 45, hailing from Kalavoor, Alappuzha, Kerala has loved elephants since his childhood. In fact, his family has owned elephants for generations and have raised them as family members.

But it was during the lockdown that Krishna went on to discover that the dung produced by his elephants could be of use for his farming. By using composting techniques, Krishna created manure from elephant dung which quickened the growth of several vegetables in his farm and is now able to produce 500 kg of organic vegetables every week! 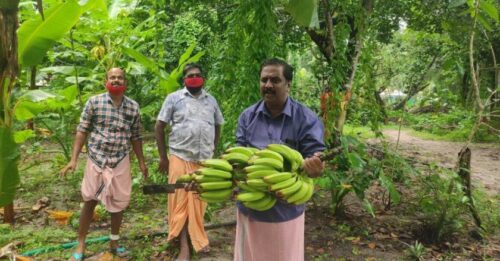 “I’m an advocate by education but my profession has always been farming. I’ve been taking care of my ancestral property of seven acres for over two decades now and my five elephants, Parthasarathy, Ganeshan, Jayakrishnan, Madhavan and Raja, have been my constant companions over the years. You could say I literally grew up with them,” explains Krishna.

Taking care of both the farm and the elephants is quite a hectic job, so Krishna employs a few people who live nearby.

“Of the seven acres of land, I grow paddy in 2.5 acres and grow vegetables like bitter gourd, long beans, okra, brinjal, snake gourd, tapioca and even plantains in the rest. I’ve adopted a drip irrigation system in the farm which has also made farming a lot easier,” he explains. 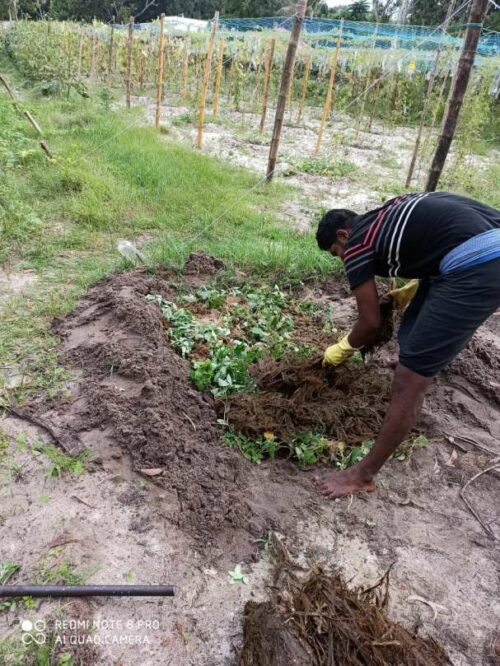 Although Krishna has had the farm for quite a while, it was in March that he really found the time to think about ways to use elephant dung in composting.

“We’ve all heard of using cow dung but elephant dung is not commonly used by farmers and one of the main reasons is the heat that it produces. A lot of steam comes out of it and although several farmers are aware of its fertility, handling the dung itself is seen as a huge task,” he explains.

So in order to use the elephant dung, Krishna decided to add it to his compost pit along with the other biodegradable waste from his farm.

“Instead of burying the dung, as usual, I moved it to my composting pit so that the heat would wear off easily while quickening the composting process,” Krishna explains.

He also explained that unlike other animals, elephants digest only 40 percent of the food they eat and the remaining 60 per cent is excreted in a fibrous form.

“It is very fertile and plants start growing faster. As a result, for the past few months, I have been able to harvest almost 500 kg of vegetables every week and sometimes even on alternate days,” he explains. 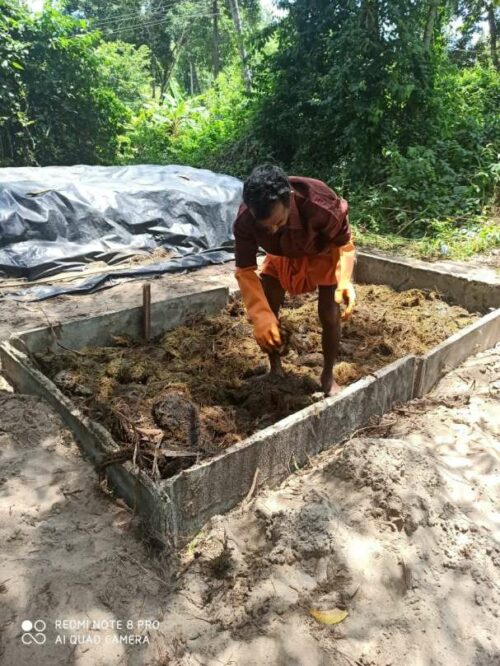 Ratheesh who has been a local vegetable vendor in Alappuzha for over a decade has been collecting Krishna Prasad’s produce for over two months now.

“I was completely astonished at the amount of compost that was being generated in that house. It is actually quite uncommon, in our area especially to see manure being produced on such a large scale. Krishna Prasad has used all of this to the benefit of his farm and that reflects in the quality and the quantity of the produce that is available there. Most of the vegetables I need are readily available in his farm in the required quantities and the best part is they are available at all times,” Ratheesh explains.

Krishna’s wife Rajitha, who is a bank manager in Alappuzha town, participates actively in the farming process with Krishna along with their two children Gadha and Meera.

“We’ve experienced a lot of difficulties due to the lockdown in terms of sales, but several local vegetable vendors have approached us for our produce,” Rajitha explains.

“Elephant dung was something that was easily available for us and today, I’m glad that we can actually put it to use and not worry about cleaning it up,” she laughs.

Krishna has also come up with a liquidised form of the manure and plans to expand it into a fertiliser business in the future.