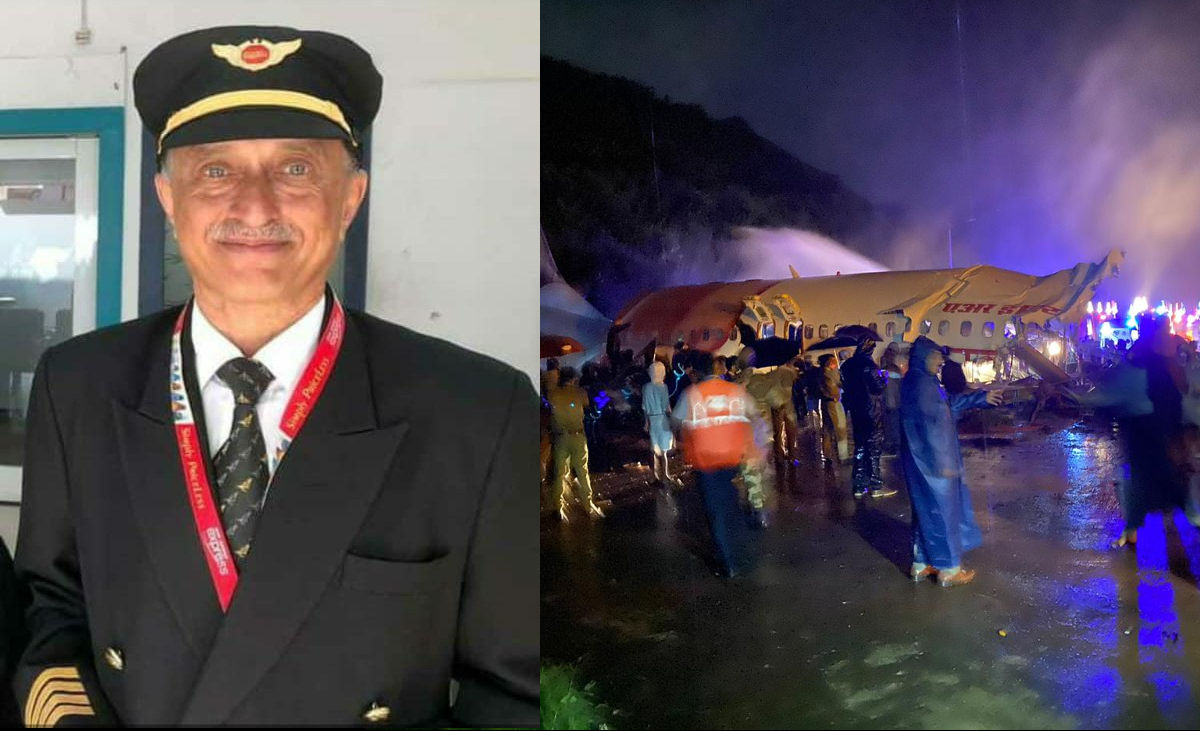 The pilot of flight IX 1344 was Captain Deepak Vasant Sathe, and the co-pilot was First Officer Akhilesh Kumar.

In a horrific tragedy, an Air India Express flight from Dubai crashed and broke apart into two pieces at the Kozhikode International Airport, Kerala. The trip was part of the ‘Vande Bharat’ mission, which has been bringing back Indians trapped abroad due to the COVID-19 pandemic.

The plane had just landed when it overshot the tabletop runway, dropped 30 feet and crashed into a wall. Officials say they believe the crash was due to heavy rains, which made visibility very low and caused the aircraft to overshoot. The plane itself was a 13-year-old Boeing 737-8.

According to latest reports as of Friday, August 7, 14 persons are confirmed as killed, and over 120 are listed as injured.

Sadly, the toll includes both pilots as well. The pilot of flight IX 1344 was Captain Deepak Vasant Sathe, and the co-pilot was First Officer Akhilesh Kumar.

Sathe was formerly in the Indian Air Force, where he served for 22 years from 1981. A test pilot for Hindustan Aeronautics Limited (HAL) and a decorated officer, he bagged the ‘Sword of Honour in the Air Force Academy and had retired from the Air Force as a Squadron Leader.

He was considered skilled in flying the Boeing 737 and had been operating as a commercial pilot just after he left the Air Force, according to a brief bio online. He began in Air India, before shifting to Air India Express.

The crash has been a strong shock to all those who knew him, with several taking to Twitter to share their memories.

He was the topper of our course. Stood first and won the prestigious Sword of Honour on 11 Jun 1981. My his soul rest in peace 🙏😞