MY VIEW: Melinda Gates – There has Never been a Better Time to be born Female

This is what Melinda Gates has to say about women’s healthcare in developing countries like India and what makes her optimistic towards change.

My husband Bill and I call ourselves impatient optimists. We started our foundation because we believe that when it comes to improving the lives of the world’s poorest people, incredible things are possible. But we are impatient because the progress the world so desperately needs isn’t happening quickly enough, especially for women and girls.

You don’t have to be an expert in global development to know that women and girls around the world still face gender-specific barriers to reaching their full potential. Nor should it come as a surprise that when women and girls are held back, the health and prosperity of their communities suffers, too.

When former Secretary of State Hillary Clinton spoke the famous words “women’s rights are human rights,” it was more than just great rhetoric: it was a powerful reminder that the world can never achieve true progress if half our population is left behind.

In March 2015, coinciding with the commencement of the 59th session of the United Nations’ Commission on the Status of Women, our foundation teamed up with the Clinton Foundation to release the Full Participation report, a comprehensive look at the status of women and girls around the world. This report complements the UN Secretary-General’s global review of progress on gender equality, which was also released around the same time. Together, these reports measure how women’s and girls’ lives have changed — for better or worse — in the 20 years since the historic UN Fourth World Conference on Women in Beijing.

For the optimist in me, the Full Participation report contains a lot to celebrate. I was especially interested to see the gains and gaps in women’s health — since health is an essential prerequisite to a full and productive life.

The data tells us that in all of human history, there has never been a better time to be born female. Women are living longer, healthier lives than ever before.

In the 20 years since the Beijing Conference, the number of women dying in pregnancy or childbirth has dropped by more than 40 per cent. Mortality rates for girls under five years have been cut in half. This is undeniable evidence that progress is possible — and that it’s happening in our lifetimes.

At the same time, the gaps these reports illuminate provide a sober reminder that progress and success are not always synonyms. Even though gains for women and girls have been monumental, they have also been uneven. There are still many women and girls who are falling through the cracks, especially in the world’s poorest places.

For example, even though women in many parts of the world are living longer lives, in some places life expectancy has actually fallen. This is especially true in sub-Saharan Africa, which has been hit hard by the HIV/AIDS crisis.

In Botswana, women’s life expectancy at birth has plummeted from 60 years in 1995 to 46 years in 2012. Even though there has been a drop in HIV/AIDS cases around the world, young women between ages 15 and 24 are being infected with HIV/AIDS at rates twice as high as young men. To turn the tide against this disease, we will need to make deliberate efforts to ensure that our treatment and prevention efforts are effectively reaching women and girls, too.

I also get impatient about the fact that pregnancy and childbirth remain the leading causes of death and disability among women of childbearing age.

The World Health Organization estimates that causes related to pregnancy and childbirth kill 800 women each day. It’s a staggering waste of life and human potential — and one with ripple-effects into the next generation. Children whose mother dies in childbirth are significantly more likely to die before their second birthday.

What makes me even more impatient — but also ultimately optimistic — is that so many of these deaths are preventable with simple, proven health interventions. One-in-four woman who dies in childbirth bleeds to death, something that can often be prevented with medicine costing less than a dollar.

A key way to reach more women with these interventions is ensuring every woman has access to quality care throughout her pregnancy. When something goes wrong during labour or delivery, the presence of a skilled medical attendant can make the difference between life and death. Yet, many women, especially women in poor and rural areas, still give birth without skilled assistance. That is a gap we must close. 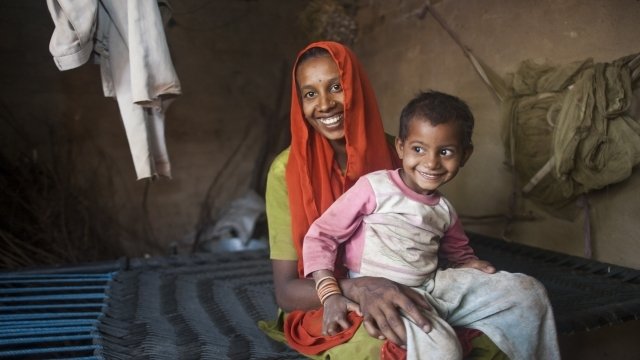 While more women around the world are gaining access to these resources, there are still roughly 220 million women in developing countries who want to delay or prevent a pregnancy but are not using modern contraceptives. In my travels, women tell me that this is one of their most pressing health concerns — and that when they cannot plan and space their pregnancies, the whole family suffers.

But the inverse is also true. When women have access to the services and products they need to plan and space their pregnancies, everyone benefits. Women are healthier and give birth to healthier babies. Families are better off and better able to ensure their children receive quality health care and schooling. And healthier, more educated children mean healthier, more prosperous communities tomorrow.

Turning the tide against infectious diseases and improving reproductive care are only small parts of a larger picture. A better future starts with ensuring that all women and girls everywhere receive the quality care they need from birth through adulthood, including mental health services and treatment of non-communicable diseases, so that they are empowered to live healthy, productive lives. And in all of these areas, we still have work to do.

Each one of these data points tells the story of a woman or girl, someone with her own aspirations and struggles who deserves the same opportunities as all of us. So it can be hard to think about all of the gaps that remain without feeling more impatient than optimistic. Let’s resolve that instead of getting discouraged, we will channel that impatience into action.

Over the last two decades we have seen that incredible progress is possible. But progress in the aggregate doesn’t change the life or the future of a girl who is on the wrong side of those statistics. That girl is why I’m impatient—and the potential she already holds within her is why I’m optimistic.

(This article is part of  U.N. Women’s Empowering Women — Empowering Humanity: Picture It! campaign in the lead-up to Beijing+20.)

Written by Melinda Gates for Women’s Feature Service (WFS) and republished here in arrangement with WFS.