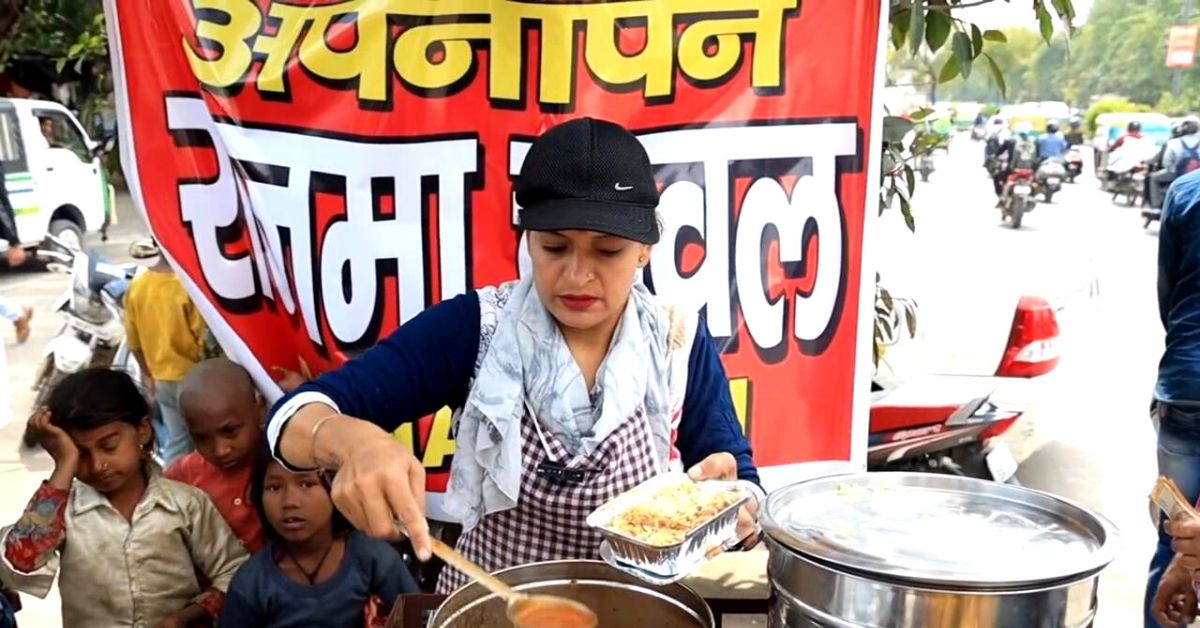 While customers dine on one side, kids from the local Juggi-Jhopris line up expectantly at another side, knowing that their lunch is assured at ‘Aunty’s stall’. #HeroesOfHumanity

For 17 years, Sarita Kashyap’s life revolved around glitzy showrooms lined up with high-end cars. As a successful saleswoman in the automobile industry, Kashyap had had a career with an enviable growth trajectory. At the peak of her career in January 2019, she settled on a life-changing decision–quitting her cushy job.

She did not have a better opportunity at hand, neither did she aspire to explore a different professional path. It was an inner calling that prompted Kashyap to venture beyond her life of considerable privilege and do something for the needy.

Her makeshift food stall – Apna Pann Rajma Chawal – is a popular joint in Peera Garhi, West Delhi, where she can be spotted feeding scores of hungry street children, ragpickers, and homeless people every day.

The single mother earns her livelihood by selling scrumptious Rajma-Chawal-Raita to hungry customers. A bulk portion of her sales goes towards feeding the hungry.

She wanted to serve food to patients’ kins in hospitals

“I grew up in a lower-middle-class family. Growing up, I was deprived of many privileges enjoyed by the fortunate folks around me. I know the pain of deprivation first-hand. So, I had always been inclined to support anyone in need,” shares Sarita Kashyap, in a heartfelt conversation with The Better India.

The self-made woman has never cowered to any hurdles. She has raised her daughter on her own while managing a taxing sales job.

“Nothing provided me as much relief as reaching out to someone in distress. As a child, I used to cry if I saw a person in abject poverty. Later in life, I would always thank God for my blessed lifestyle and took time to help roadside beggars and underprivileged people. But this was not enough,” she recounts.

Following her instincts, Kashyap finally left her job and decided to launch a social venture. Initially, she considered cooking in bulk daily and feeding the kin of patients across hospitals in West Delhi. Unfortunately, her obligations did not permit such a strenuous endeavour.

Afterwards, Sarita Kashyap zeroed in on the idea of running a food joint.

“While toying with the idea, I had also tried my luck in the domain of network marketing. But I discovered that the job required resorting to dishonest means, which was against my ethics. I even ended up losing a lot of my savings, but I knew it was high time I started an honest business,” confides Kashyap.

Sarita Kashyap’s day now starts at 4 a.m., when the rest of Delhi is sound asleep. After finishing her household chores, she prepares Rajma Chawal and Raita for around 100 people.

At around 11:30 a.m., she sets out on her scooter towards Peera Garhi Bus Depot from her home in Meera Bagh. She has fitted her vehicle with a portable table and carriers, where she carefully places large drums of steaming Rajma-Chawal. The stall runs for around 3-4 hours, till the last box of Rajma-Chawal is handed over to a hungry customer or a homeless child. Kashyap manages the operations single-handedly.

In just four months, Apna Pann’s food has earned a name as hungry customers queue up at the location even before Kashyap arrives. Priced at Rs 40 (half) and Rs 60 (full), her Rajma Chawal is the ultimate comfort food, accompanied with homemade Raita and onion salad.

Kashyap earns her livelihood from the stall. By selling around 70-80 boxes of Rajma-Chawal on an average, her daily income ranges around Rs 3,000-Rs 4,000, a major portion of which she invests in providing the free food.

While customers dine on one side, kids from the local Juggi-Jhopris line up expectantly at another, knowing that their lunch is assured at “Aunty’s stall”. 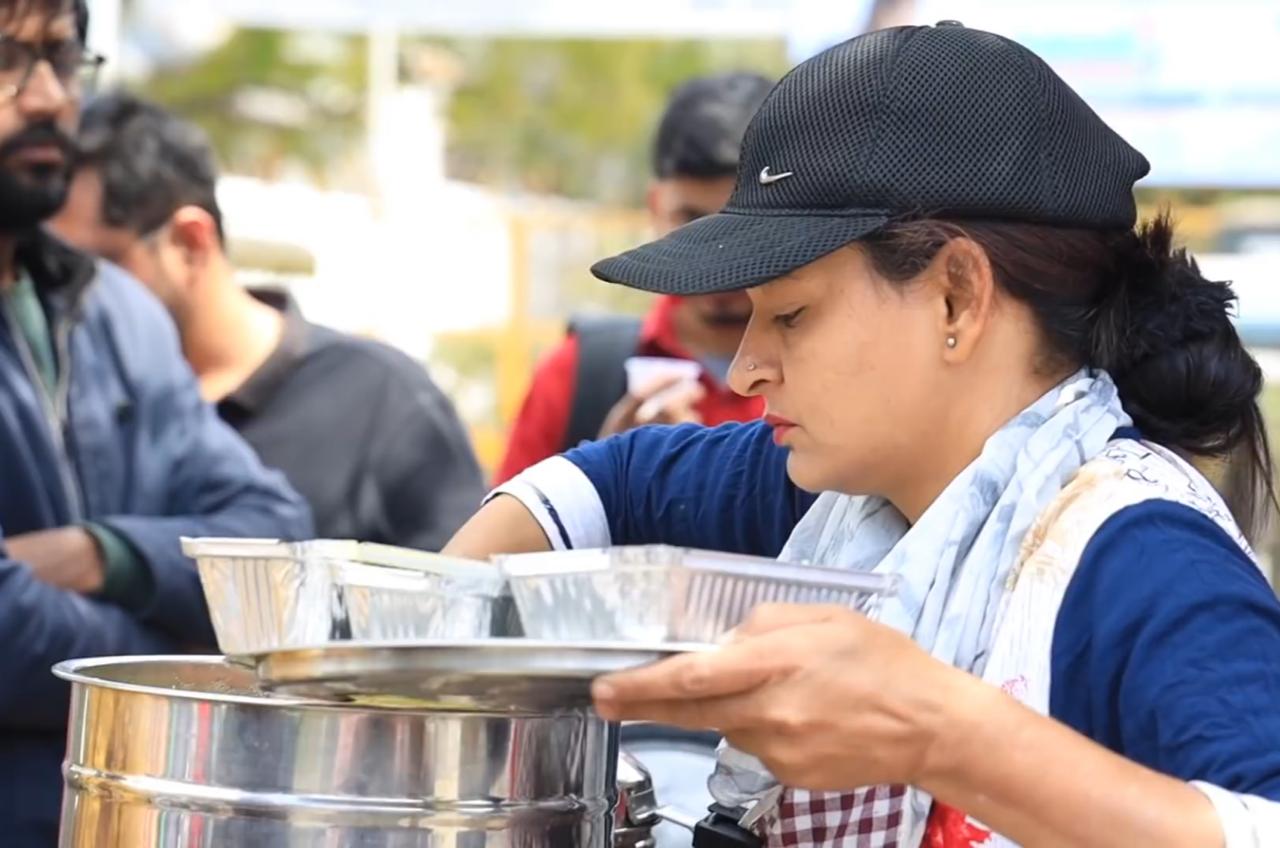 “On the first day, I found a few children roaming around and asked them if they were hungry. They said they were but also stated they had no money to buy food. They have been eating with me ever since, along with more and more of their friends,” shares Kashyap.

She also invites ragpickers, beggars and the homeless to have food at her stall daily.

Kashyap has also been trying to direct these kids towards education through some basic tutoring. She admits the difficulties in doing so, but she is determined to help them dream a better future.

Sarita Kashyap is a real face of women’s empowerment and inspiration.