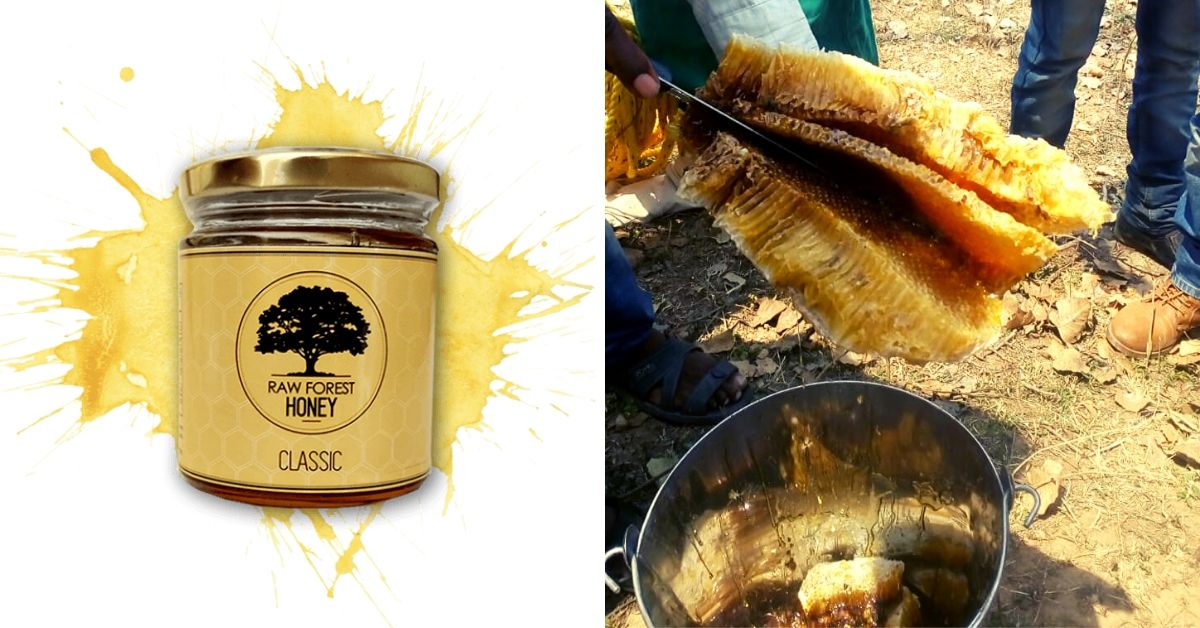 Raw Forest honey is sourced from the jungles of central India. As a result tribal communities get a livelihood and the consumers get a superior product.

The founder of Raw Forest Honey, the 36-year-old Jyotiranjan Pani, has always believed in the power of uplifting those around him for one’s own upliftment. An electronics engineer from KITS, Ramtek, Ranjan travelled the length and breadth of the country while growing up; courtesy of his father who served in the Indian Army.

Alongside running a successful digital marketing agency, his deep love and respect for nature and the need to help people made him launch a brand in 2018 that focuses on generating income for the marginalised while at the same time selling products that have been procured ethically.

“Raw Forest Honey is just two years old, but the growth we’ve seen in such a short time is phenomenal. Our honey is 100 per cent organic and pure. We can make that claim because all our honey comes from the deep forests of Maharashtra, where nothing is planted using antibiotics and fertilisers,” says Nagpur-based Pani.

Pani sources all the honey from the tribal hamlets in Bor Wildlife Sanctuary and Tadoba Andhari National Park which are small communities of 20-50 families.

“In the process, these families earn a livelihood. They’ve been using traditional practices to grow their crops and plants for years now; totally shunning the use of harmful chemicals in their farming practices,” he informs.

And if they absolutely need to, Pani and his team have introduced them to organic herbicides and pesticides. So, of course, the nectar collected from the wild flowers by the bees is nothing but completely natural.

“We also got in a trained professional to help us harvest honey ethically from the beehives at these parks. The professionals taught the tribals how to cut 60 per cent of the hive for the honey, while leaving 40 per cent for when the bees returned,” he shares.

He says that he acts as a bridge between the tribal manufacturers and the urban consumer and he couldn’t be happier doing what he does.

“We package, market and eventually deliver the end-product to your doorstep. And we’re happy doing it because it’s incredible how much the tribal communities have benefitted from it. It has especially empowered the women by giving them an opportunity to earn a decent livelihood.”

The honey that they sell is not farmed honey or boxed honey; it’s simply sourced from the jungle and then bottled. Pani says he doesn’t prescribe to the idea of procuring honey from honey bee farms. He’d rather it is sourced from naturally occurring honey combs.

In conclusion, Pani says that the essence, density, thickness and taste of their honey straight from the dense jungle interiors of Maharashtra is a class apart. He insists that all raw honey lovers should definitely give it a try!