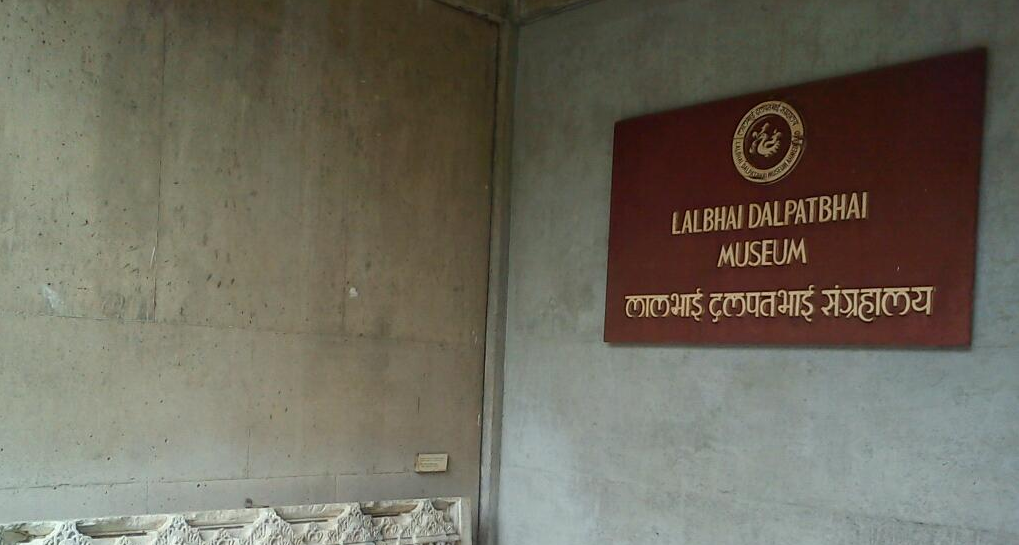 If you happen to be in Ahmedabad, do make it a point to visit two nondescript but absolutely marvelous museums called the N.C.Mehta Museum and Lalbhai Dalpatbhai Museum of Art and Archeology. The former houses rare gems of miniature paintings while the latter has a spellbinding collection of sculptures dating all the way back to a couple of years BC!

Housed in the Gujarat University campus, the museums are not very well-known, especially by local auto drivers. But the effort to find them will be well rewarded. The N.C Mehta museum displays some of the finest examples of the lost art of painting miniatures, especially from the regions of Gujarat and Rajasthan where it was most prevalant. There are also a lot of samples of “Pahari” art which would be from the hilly regions of Himachal extending up to Kashmir. The south however never took much to the art form and the furthest reach was up to Belgaum.

While many of the miniatures depict religious scenes, some of the most beautiful and intricate among them following Krishna and his various travails with Radha and other Gopikas, there are also a lot that focus on the lives of the Kings of those times. It is a very informative and at times shocking portrayal of the manners and demeanours (or perhaps misdemeanours, depending on how you look at it) of those Kings and their courtesans. In one instance, a Mughal king of the era is shown “fondling young boys” as the English caption bluntly states, while the Hindi caption makes no such claim, though the scene is plain to see. Lovemaking seems to be quite a passion of the times, from what a lot of paintings seem to convey. However, every subject has been handled with utmost perfection and attention to detail, with amazing interplay of colour and intricacy. It is also interesting to note the subtle differences in styles between all the various ages and various regions from where the collection has been amassed.

In contrast is the L.D.Museum next door, where the art form is large and imposing, but just as intricate. Available on display are sculptures in stone, bronze and wood, seventy five thousand manuscripts on palm leaf and paper, paintings on cloth and and ancient coins. The statues date back several centuries BC and include several images of Hindu Gods, Buddha and Jain Tirthankaras from all over the country (rather, the various empires that existed back then). Of particular note are the large head of Buddha from around 3rd century BC, a rare small figure of Ganga from Mathura dating back to 4th century AD and a Vijnaptipatra which is a ‘letter of invitation’ painted as a scroll on cloth which refers to the Mughal emperor Jehangir’s lost firman prohibiting the killing of animals in his kingdom during the Jain festival of Paryusana.

Unfortunately we do not have any pictures to show as photography is not allowed inside the premises. However, take our word that the two museums are a treasure chest of historical fact and knowledge in a well-kept and well-displayed form and one of the best-kept secrets of Ahmedabad. We hope that the museum authorities are able to keep up the good work they are doing and encourage all of you to definitely pay a visit when you find yourself in that part of the world. It will be time well spent.

Here is a Google map to help you locate the museums:

(If you are unable to view the above, click here)