Foaming lakes & polluted water have as much to do with industrial effluents as with the phosphate in our detergent. It's high time we rethink our cleaning choices

In 1973, a team of limnology scientists rowed a boat across Lake 226 of Canada, with a gigantic plastic curtain in tow. They used the curtain to divide the lake into two parts. They added carbon and nitrogen to one section. The second section had these two elements as well as phosphate.

It wasn’t long before the area with phosphate became so clouded with algae that the experiment became “the most important in the history of limnology”.

The evidence was overwhelming and the results, clear as the sky—phosphates caused unnaturally fast growth of algae. This experiment, conducted in Canada’s Experimental Lakes Area, was enough to convince policymakers to control the use of phosphates in laundry detergents and other home cleaners.

In the second half of the 1970s, Canada and USA imposed a limit on phosphates to 0.05 per cent of the cleaner’s total weight — an amount considered to be negligible.

Other countries like Germany and Sweden followed suit (The two European countries imposed the ban to protect the Baltic Sea).

Similarly, India, a country rich with inland water bodies, rivers and a vast coastline should not hesitate to follow in the footsteps of these countries to ban or at least limit the amount of phosphate used in detergents and other home cleaners.

In fact, a petition is already filed in Bengaluru, after the infamous frothing of Varthur and Bellandur lakes.

Detergents: A threat to “the stuff of life”?

India faces a very different challenge when it comes to sewage water. For starters, our cities release about 62 billion litres of wastewater every day. As of 2016, we had the capacity to treat only 23.27 billion litres of this amount. Undoubtedly, industrial effluents contribute to this humongous number but that does not diminish our responsibility to limit the release of phosphates in our water bodies.

An ordinary urban citizen releases phosphates in water bodies via their detergents, dish soaps and other home cleaners. Phosphate is used in cleaners as a water softener but it can prove to be poisonous to us as well as our ecosystems.

Dr TV Ramachandra, a professor in the Indian Institute of Science, Bengaluru, tells YourStory, “This nutrient enrichment often leads to profuse growth of invasive species such as water hyacinth, which hinders sunlight penetration. This absence of sunlight leads to decline in algae while the phosphorous gets trapped in the sediment.”

He shared one of his studies about the effect of phosphate in our lakes. In the study, the professor writes, “During pre-monsoon with high-intensity winds, churning of lake water happens, leading to the release of phosphorus from sediments forming [a] froth. Foaming is the manifestation of interactions among air bubble, surfactant and hydrophobic particles. The hydrophobic particles congregate at the air-water interface and strengthen the water film between air bubbles.

Meanwhile, the particles also serve as collector for surfactant which stabilizes the foam. Surfactants contain slowly biodegradable surfactants and hydrophobic particles are the filamentous bacteria with a long-chain structure and hydrophobic surface. Thus, frothing is due to the presence of slowly biodegradable surfactants (eg. household detergents) from industrial or municipal wastewater, excess production of extracellular polymeric substance (by microorganisms, [the] proliferation of filamentous organisms) and air bubble (wind).”

According to the research, India consumes about 2.88 million tonnes of phosphate-containing detergents and releases 146 thousand tonnes of the polluting element every year.

One responsible switch of home cleaners can help our lakes breathe more easily and the approach has to be multifold. We can take lessons from Canada’s ban on the use of phosphates in detergents. Even before this gets implemented, we must take active steps and refrain from using cleaners that have phosphate contents and switch to eco-friendlier alternatives instead.

For instance, detergents made from plant-derived enzymes do not react with marine plant or animal species. Click here to order this planet-friendly detergent.

Our water, our responsibility: 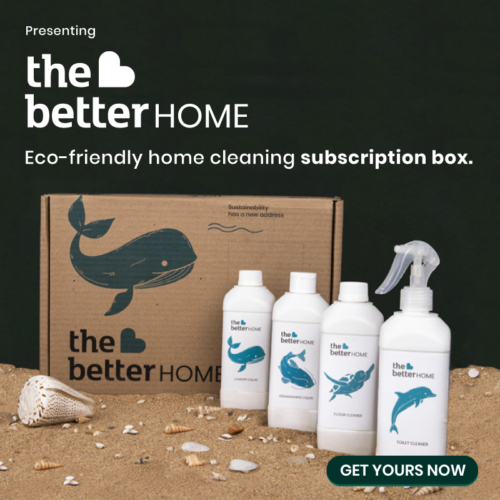 Freshwater resources are limited. And their management is our responsibility. If we keep dumping phosphates and other chemicals in our lakes, rivers and groundwater, the poison is bound to come back to us.

Granted, that banning the use of phosphates in detergents and dish soaps will not have an immediate effect. But it will at least keep us from adding to the already polluted water bodies and that should be the first aim.

Recently, I read an excellent example that served as an eye-opener—if your bathtub is overflowing, you will not start mopping the floor first. You shut the tap.

That is exactly what we need to do with our damaged water bodies.

If you are ready to make a sustainable change with your cleaners, click here.

These cleaners, made from plant-derived enzymes will leave your surface spotless and vanish in the environment without a trace!