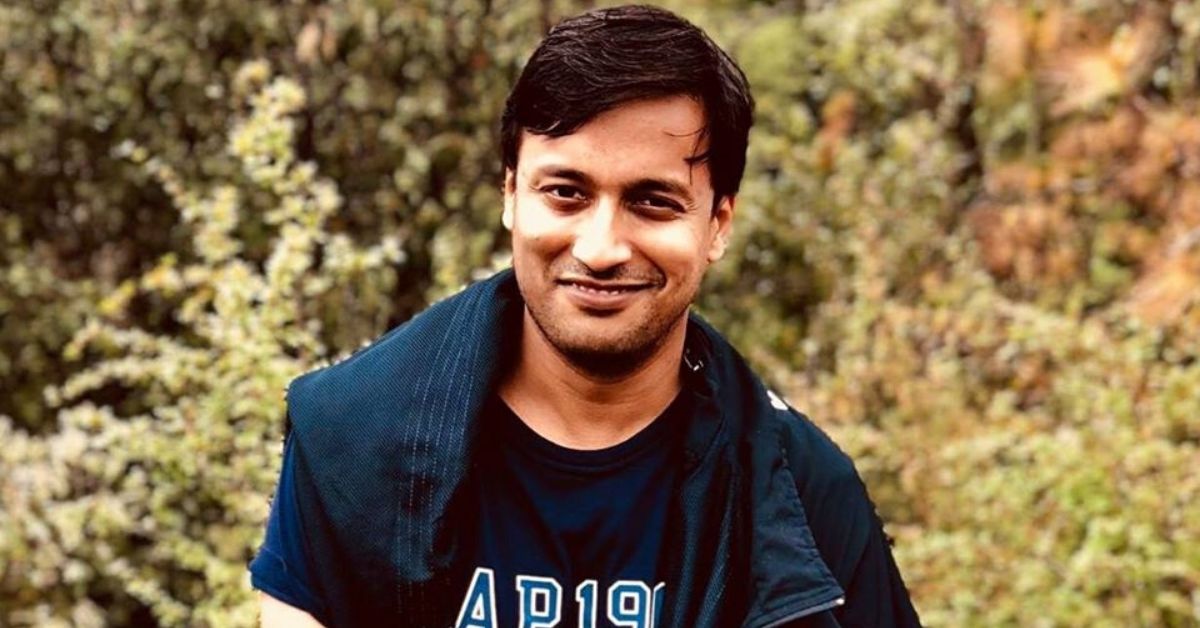 Once plagued by bad service, the centre now provides the best healthcare in Mhow and sources 40% of its power from sun, saving thousands of rupees!

He would soon learn that as per a Madhya Pradesh High Court order 15 years ago, the Mhow SDM is the ex-officio chairman of IRCH.

Although it was an added-responsibility, this was precisely the kind of work that Gupta wanted to do, and thanks to it, in less than a year, the IRCH got a new lease of life. Today, the number of patients and medical staff has increased. Making health care more inclusive, the hospital treats the poor for free, and its medical camps in rural areas are a huge hit.

“Additionally, 40 per cent of the hospital runs on solar power, saving the place thousands of rupees on the electricity bill, and there is a marked difference in the sanitary hygiene conditions of the hospital, as bio-medical waste is segregated and safely disposed of,” mentions Gupta in an exclusive conversation with The Better India.

An alumnus of IIT-Kharagpur and IIM-Bengaluru, Gupta (34) worked in the corporate world for a few years before cracking the UPSC in 2013. While he joined the IPS at the time, he had his sights set higher and appeared for civil services again in 2016. This time, he secured an All India Rank of 18 and joined the IAS.

Here’s how he resolved 5 issues and overturned the situation:

The medical personnel in any hospital are its backbone, and this area is what Gupta decided to fix first.

“There were several issues in front me that needed immediate attention–right from understaffed nurses and doctors, irregular working times, insufficient medical facilities and basic diagnostic services to rampant bribing,” recalls the 34-year-old.

To begin with, Gupta fired the errant employees who were accepting bribes from patients for priority appointments and replaced them with new workers after completing a thorough background check. Most importantly, he appointed superintendents to run the administrative work.

Devraj Hire, one of the first superintendents hired by Gupta, was shocked to witness the poor conditions of the hospital.

“Open electric wires, an unpunctual staff, unclear employee roles and hygiene issues were prevalent when I joined. Something as basic as changing bed sheets was overlooked. It took some time to educate and motivate everyone, but the face of the hospital has completely changed now.”

After fixing the issues with the hospital staff, Gupta introduced a feedback system where every patient could submit complaints or irregularities if needed, and these issues are taken up and fixed by the Superintendents during the monthly meetings.

While some employees welcomed these changes, there was some resistance to his other initiatives—namely a biometric system (to tackle the attendance issue).

This intensified when he tried to break the deep-rooted nexus between report testing labs and medical practitioners, by appointing a Diagnostics Centre in Indore to conduct tests, at half the market rates. “It took time, but the hospital staff eventually came around,” says the IAS officer.

Finally, instead of giving fixed salaries to doctors, Gupta appointed them on an on-call basis. This step is what gave the hospital enough doctors from different departments like Gynaecology, General Surgery and Paediatric present at any given time.

He merged multiple bank accounts into one for smooth transactions and two others–one for regular expenses and other for donation/equipment.

A computerised billing system was introduced to tackle bribing.

“During a surprise visit, I found employees missing at the billing counter. I checked the billing register and found out that while they were manning the billing counter only for 6 hours every day (holidays off), the number of patients visiting the hospital was much higher,” he says.

So, he stationed medical staff in shifts and also introduced a billing software to charge patients in a systematic method.

Thanks to these efforts, every patient is registered and the nurses have stopped charging extra money from patients. Earlier, the hospital would deliver a baby only after the family cleared the bill. Now, this problem has also been eradicated.

While a doctor was employed to maintain the existing blood bank, it was not maintained properly, and the hospital would frequently turn away the patients in need of a blood transfusion.

To end this issue, the IAS officer sanctioned the purchase of transfusion machines, and now, the hospital can store up to 70 units of blood.

“We also formed a WhatsApp group with members from nearby hospitals, so that there was a daily update on the units of available blood,” says Gupta.

To ensure the people from all economic backgrounds received equal medical care, the admission rates were reduced. This way, beds are occupied every day and revenue generation of the hospital has increased.

At just Rs 10, the hospital conducts child vaccinations and doctors at the hospital also conduct weekly medical camps, especially for women and children.

Coolers, air conditioners, television and fridge, were other miscellaneous requests that were granted.

“Not Just A Duty”

What started as a mere duty for Gupta turned into a pet project for which he went out of his way to make things right. He monitored every little progress and took every suggestion or feedback from patients and medical staff seriously.

When asked about the most significant change that he has seen in the last few years, Gupta does not point out the huge machines, fancy bedsheets or solar panels.

“I would not think twice before taking my family to the IRCH for treatment. This trust and belief that we have slowly built up is personally my biggest validation of a concrete change,” concludes the IAS officer.

All images are sourced from Anshul Gupta.