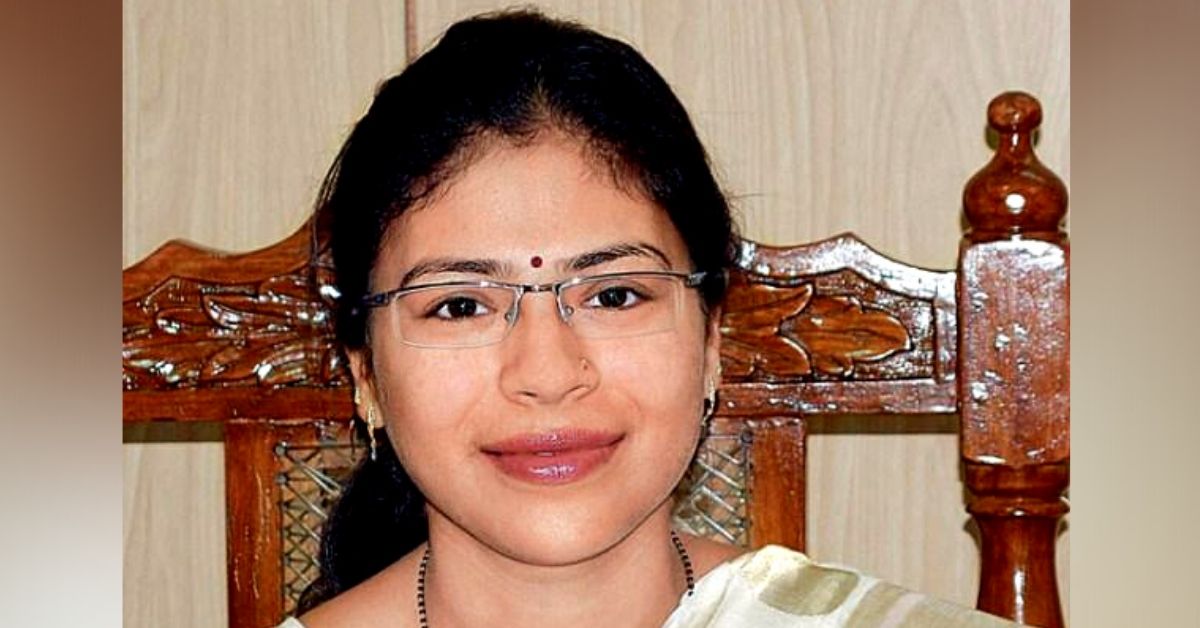 Durga Shakti Nagpal’s car was stopped on the roads and people tried to harm her physically, with mafia openly brandishing weapons at her.

Since childhood, Durga Shakti Nagpal aspired to become a civil servant. It was the family’s legacy for generations. Her father Subhash Nagpal was a government officer who was honoured with the Presidential Medal for distinguished service at the Delhi Cantonment, while her grandfather Ghanshyam Nagpal was a police officer who died on duty in 1954.

An only child, Nagpal pursued engineering from Delhi, while simultaneously gearing up for the Civil Services Examination. She cracked the examination in her first attempt in 2009 and was inducted into the Indian Revenue Service (IRS).

“Preparation made me a more knowledgeable and confident individual. Growing up, I have seen my father doing so much for the poor and needy. I also wanted to do the same,” shares Nagpal, in a conversation with The Better India.

She continues, “I knew that being an IAS officer would enable me to leave behind a larger footprint of social work. So, even after getting into the IRS, I was determined to become an IAS officer. So I reappeared for the examination the following year and secured an All India Rank of 20.”

The 2010-batch IAS officer was trained in the Punjab cadre and served in the Mohali district administration for 14 months. She had a tryst with land-related corruption during this period and was exposed to a land scam. Little did she know that a greater challenge awaited her, which would one day result in a biopic featuring her story on the silver screen.

The gravity of sand mining

After serving in Mohali, in 2012, Nagpal married fellow IAS officer Abhishek Singh and moved to Uttar Pradesh. She was soon appointed as a Sub-Divisional Magistrate in Gautam Buddh Nagar in Greater Noida.

It started within two months of her posting. She was in her office when a group of farmers approached her, hesitant and desperate. Their crop fields were being destroyed due to illegal sand mining that caused rampant soil erosion and landslides.

“You need to understand the topography of the region to realise the gravity of the situation,” explains Nagpal.

“Located on the floodplains of the Yamuna, Noida has a rich deposit of fertile sand brought down by the river. The plains sustain the farming community of the region. However, at the time I joined, illegal sand mining was wreaking havoc in the lives of the poor farmers,” she shares.

In the wee hours of midnight, the mafia would dredge the land to procure sand for construction. This, in turn, reduced the ground levels, making the area prone to floods. Field after field of crop was devastated from the mining operations, but the farmers could not raise a voice against the powerful criminals.

The miners had struck gold by smuggling sand, causing an irreparable loss to the state treasury. But, it was almost impossible to lay a finger on them. They were established as the local power lords who controlled the law of the land. The average villager dreaded crossing their path. Theft, extortion, harassment, and even murder were reported regularly.

Her midnight raids became a talk of the town.

When 27-year-old Nagpal first learnt about the problem, she decided to take a bold stance against the crime, notwithstanding the personal risk. “The criminals were in open violation of the Mines and Minerals Act. They were causing losses worth crores to the state revenue while also endangering the agro-environmental balance of the region. I needed to do something urgently.”

To catch hold of the culprits in action, Nagpal arranged midnight raids in the deserted lands. From 2-3 a.m. every day, she would monitor these areas with her trained armada.

“We saw trucks, and caught hold of the drivers. Through them, I reached the bigwigs. During the day, I approached the local public to call me whenever they spotted or suspected any illegal activities. Many came forward with genuine leads, overcoming their fears.”

The raids continued for around two weeks, during which time Nagpal managed to put over 90 miners behind bars. She also recovered around Rs 150 crore of royalty.

But, she had to pay a hefty price for her daunting and fearless actions.

Nagpal was suspended within a few weeks. However, her raids stirred up a frenzy, striking at the roots of sand mining. Word about her busts sent ripples across the district, garnering praise from the citizens. Over time, there was a decrease in mining activities in the region and her efforts were deemed to be a huge success.

However, Nagpal had to endure a series of challenges on her way to clearing up the district.

During the first few days, her car was stopped on the roads, and people tried to harm her. Everywhere she went, she found the mafia in their high-end vehicles, openly brandishing weapons at her. They would unabashedly send out threatening messages her way. But through all of this, Nagpal did not flinch.

Her suspension in 2013 created a nationwide furore in the media, ushering in a sea of policy-level changes. The National Green Tribunal became proactive and issued several strict advisories and directives against sand mining across the country.

The suspension order was revoked after 1.5 months, and she was deputed to Kanpur afterwards.

People, as well as the lawmakers, knew about the sand mining menace, but nobody had estimated the gravity of the situation before her raids stirred up an uproar. At present, there is a drastic reduction in sand mining throughout the country.

Biopic on Nagpal on the cards

In December 2019, producers Robbie Grewal and Sunir Kheterpal of Badla and Kesari fame, announced that they were producing a biopic on Durga Shakti Nagpal’s life and bold legacy.

Speaking to The Better India, Robbie Grewal from Red Ice Productions, reveals, “We felt that society needs to know about Durga Shakti Nagpal’s act of bravery and grit in the face of dire threats. Her biopic will serve as an inspiration for generations to come.”

He adds, “The film is still at a nascent stage. We have just started working on the script. We have not decided anything about the casting or film title. Those will be revealed soon once we finalise the script.”

Nagpal feels that a film on her journey of life would inspire the common man to take a firm stand against corruption. “The common man is the most powerful entity. If people get together, they can stop any wrongdoing in the world,” she believes.

She concludes, “I owe my courage and determination to my parents. They have taught me to be honest and fearless. I believe that if my childhood is depicted on screen, it will motivate parents to stand by their principles when teaching their children.”