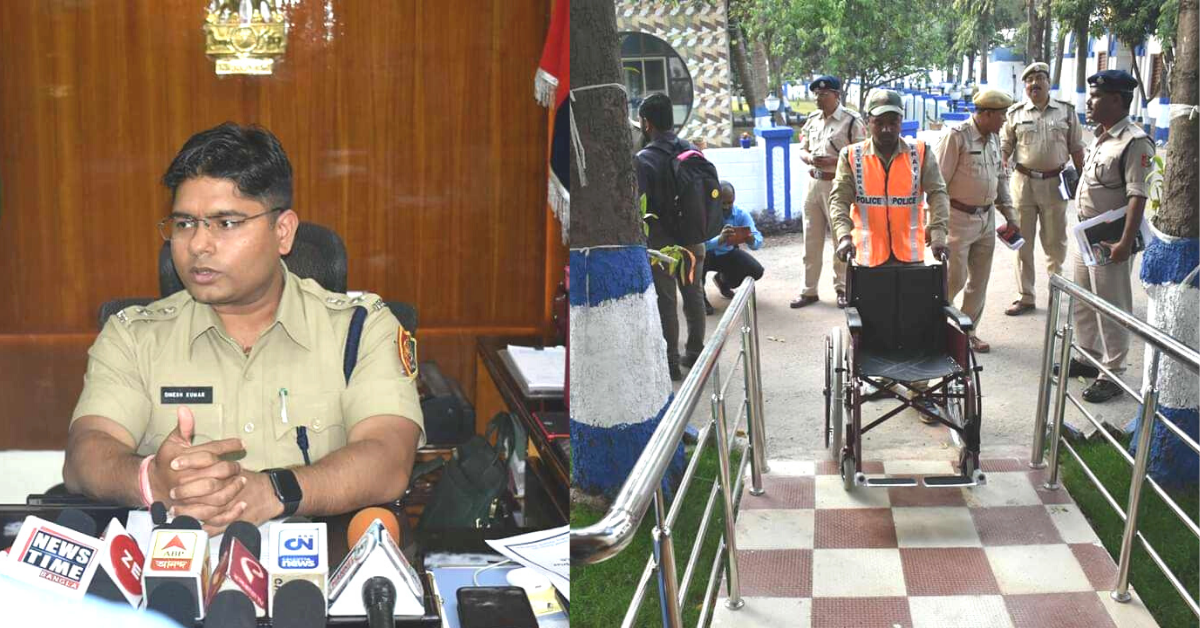 Additionally, some of the stations also have wheelchairs to ease movement into the station.

Actions, it is said, speak louder than words. In the case of what Paschim Medinipur Superintendent of Police (SP) Dinesh Kumar did, it is certainly true. Kumar has been a catalyst of change in Medinipur, and for all good reasons. Not only has his team implemented many pro-people initiatives and inclusive schemes especially for the differently-abled, they have been able to turn the tide in case of people’s perception of the police force. In this conversation with The Better India, Kumar explains some of these changes and how people have reacted to them.

The project Sugam Police means — ‘accessible police’. And this is exactly what the intent is behind this project. Kumar has been instrumental in constructing ramps for the wheelchair-enabled in as many as 53 stations.

“In many of our survey visits we were told about this need. Ours is a service-oriented sector after all and our first priority is to ensure that the people are taken care of,” says Kumar.

Going a step further, Kumar also mentioned that all 53 units would have the designation and names of the police officers in braille for the blind.

Another pro-people program undertaken by Kumar is Gansmpark, an innovative project to sensitise people on road safety. Through Gansmpark, the police personnel interact and sensitise people about reckless driving by showing them real-life video footage of road accidents. Furthermore, Kumar’s team regularly interacts with the victims, and their family members to assure them that the police department cares.

Besides this, in addition to the protection mandated under the Good Samaritan Law, this program also incentivised good Samaritans by felicitating them. “This is a big boost to the citizens,” says Kumar.

A one-day job fair aimed at the family members of the police personnel was organised at Medinipur police lines by the Paschim Medinipur District Police as part of police welfare scheme. The fair saw the participation of around 27 companies and had 200 plus job seekers. At the end of the day 43 people received offer letters after various interview stages.

“Besides that, 41 candidates were called for follow up interviews and 52 were selected for job oriented training/internship programmes,” informs Kumar. Due to the overwhelming response seen at the job fair, the administration is planning to organise other camps too.

Besides these schemes, the District police have also started a 24*7 women police helpline for women and girls in distress. Many have come forward to express their appreciation for this helpline, informs Kumar.

While these may be small changes, their impact is large. The silver lining for Kumar is the change of perception among the populace regarding the police.

“The intent behind making these changes is to build a certain level of confidence that the citizens have in the system. People in the district are now beginning to feel that the police are accessible and this, for me, is a huge achievement,” smiles Kumar.