7 Incredibly Smart Indian Women Scientists Who Make Us All Proud

Did you think that India does not have enough women in science? Here are 7 women scientists from the country who have done some amazing work and made us immensely proud of them.

Did you think that India does not have enough women in science? Here are 7 women scientists from the country who have done some amazing work and made us immensely proud of them.

Teaching is a profession dominated by women, but when asked to name a scientist, we immediately think of Isaac Newton, Albert Einstein, CV Raman or APJ Abdul Kalam. When specifically asked to name a female scientist, Marie Curie is at the tip of our tongues but when we are asked for the name of an Indian woman scientist, we most often draw a blank. The problem is not that there aren’t enough women in the field of science in India, but that they are not well recognized and not credited for their accomplishments. Here are seven female Indian scientists who we ought to be proud of –

At a time when women were regarded as ornaments of society and were confined to the four walls of their houses, Janaki Ammal certainly broke the stereotype when she pursued a career in scientific research. She was a botanist who studied cytogenetics and phytogeography. She lived in England for a few years, conducting chromosome studies on a wide range of garden plants, but soon returned to India and became the Director General of the Botanical Survey of India. She was awarded the Padma Shri in 1957. Anandibai Joshi is the first Indian woman to have obtained a degree in western medicine. She was married at the age of 9 and gave birth to a son at the age of 14, who, unfortunately, died soon after. Her own poor health and the death of her son inspired her to start studying medicine. She studied at the Women’s Medical College in Pennsylvania and worked in the Albert Edward hospital after her return to India. Anandibai is a true inspiration to all girls to achieve academic success and follow their dreams. (Read more about Anandibai Joshi here.) Asima Chatterjee was a chemist who is greatly reputed for her contributions to organic chemistry and phytomedicine. She is well known for her development of cancer medicine, anti-epileptic and anti-malarial drugs. She was the first woman to be named a Doctor of Science by an Indian university. She studied at the University of Calcutta and wrote several volumes of work on the medicinal plants of the Indian subcontinent. She was nominated by the president of India as a member of the Rajya Sabha. She has inspired women to follow in her footsteps and pursue careers that are not normally expected of women.

Sunetra Gupta is a novelist and a professor of Theoretical Epidemiology at the University of Oxford. She studies infectious diseases, like the flu and malaria, using mathematical models. She received her undergraduate degree at the Princeton University and earned her doctorate from the University of London. She has been awarded the scientific medal by the zoological society of London and the Royal Society Rosalind Franklin award for her scientific research. 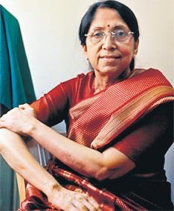 Dr. Indira Hinduja delivered India’s first test tube baby. She has pioneered the gamete intra-fallopian transfer leading to the birth of India’s first GIFT baby. She is a gynecologist, obstetrician and infertility specialist based in Mumbai. Dr. Hinduja’s research has resulted in several papers published in national and international medical journals. Dr. Aditi Pant is a well known oceanographer who was the first Indian woman to have visited the icy terrain of Antarctica in 1983. She was a part of the third Indian expenditure to Antarctica and received the Antarctica award along with three of her colleagues for their contributions to the project. She worked in the National Institute of Oceanography and the National Chemical Laboratory. 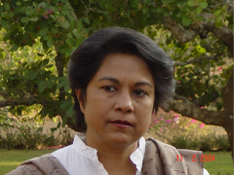 Dr. Suman Sahai was the founder of the Gene Campaign in India, an organization working on food, nutrition and livelihoods. She is a recipient of the Padma Shri, the Borlaug and the outstanding woman achiever awards. Her name appears in the list of successful women scientists of India because of her single-minded determination to achieve her goals, which forced the Government to finally take notice of the effects of genetically-modified crops and address the problems faced by the farmers of India.

About the author: Niharika Jadeja is a sixteen year old who recently graduated from Ebenezer international School. She is an avid reader and enjoys writing as well as playing the piano.