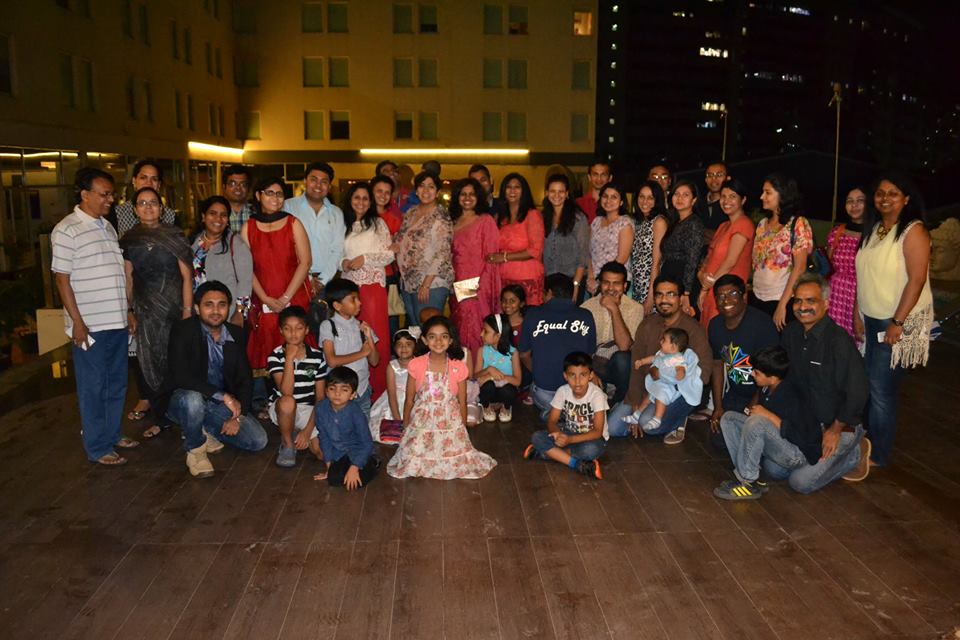 The residents of a housing community in Bengaluru came together and started an initiative that has been impacting several lives. From sponsoring the education of needy children to organizing blood donation camps, there is nothing these residents cannot do.

Witness the power of community and how people can initiate change when they come together for a common cause! The residents of Prestige Shantiniketan, Bengaluru, are not just augmenting change in their own community but are making a difference on a larger level. In this light, they are fostering change in the lives of the marginalised through their amazing initiatives, which cover many grounds.

Started in 2011 as a small effort by a few like-minded residents to do a newspaper collection drive and sponsor the education of needy kids, the Equal Sky organisation has since gathered momentum to conduct toy drives, blood and organ donation camps, and a host of other projects.

An initiative which started with supporting just 4 kids, now takes care of 27 with earnings of Rs. 1.5 lakhs to Rs. 1.75 lakhs per annum. The Equal Sky team also volunteers to teach English and Maths at a nearby government school.

“70 percent of the dropouts happen when the kids are in 7th or 8th standard. By giving them basic English and Maths education, we are trying to bring these rates down,” says Mittal.

Equal Sky has been encouraging many housewives and college students to come forward and help as well. Recently, Equal Sky stepped up its efforts and started a Toy Drive — 21 cartons of toys and 5 bicycles were collected and distributed to underprivileged children.

The core Equal Sky team, with an organised model of working, has around 35 members from the community who regularly participate in various programmes. They partner with various organizations, which help them find the right beneficiaries.

They do extensive research on their partners. They visit them, see their work, and only after they are completely sure of their work ethic, do they bring them on board.

As a result, the residents can blindly trust Equal Sky, which now has organisations like Goonj, Hippocampus Learning Centre, Youth for Seva, India Literacy project, etc., on board.

Taking the maxim “charity begins at home” seriously, Equal Sky also started an interesting project called ‘Chhoona Hai Aasman’ to reward the deserving and meritorious kids of Prestige Shantiniketan’s support staff (gardeners, housekeepers, security guards, etc.). The education of the kids selected under this programme is sponsored by Equal Sky, with the fees being directly deposited in their respective schools.

Equal Sky’s efforts do not just end here. The team is also spreading awareness about organ and blood donation.

“We have been so lucky to receive such an overwhelming response. People do want to help others and contribute to a cause but they don’t know where to go and how to start. Equal Sky has given them a systematic platform to do their bit.”

Though getting residents on board and spreading awareness was a challenge, Equal Sky managed to win their trust over a period of time. The team pasted various posters at visible locations in the society and also distributed leaflets in the newspapers to make residents aware of their work.

Equal Sky also make sure that they keep the communication open. They talk a lot about their partners and their work. They keep track of their impact and gradually, by word of mouth, they have reached the level where they are now. It wasn’t easy at all, but they are happy that they are on the right track.

It is the high credibility of the organisation and its partners that has built trust among Prestige Shantiniketan’s residents, who are now an integral part of Equal Sky. The efforts of the team and their passion to work for a cause is amazing and it truly shows the power of community.

Equal Sky’s team is willing to share their model, research and paper work with other communities who want to replicate the same model.

“Our main motive is to get more people to adopt the methodology in their communities. We are happy to share our model with them. They just have to get the residents involved,” states the team.

Equal Sky is an amazing example of how ordinary residents can become change agents. If you want to know more about their work, get in touch with equalskyteam@gmail.com