What do you do when a pile of garbage near your house goes from being an eyesore to a health risk for you and your family?

What do you do when the authorities do not address your complaints for the removal of the said mountain of rotting disease-filled garbage?

Learn from what a resident’s community in Bengaluru did to end the garbage crisis.

The residents at Good Earth Malhar Footprints, a gated community spread over seven acres, came together to troubleshoot the garbage menace and over time, the area that had been taken over by garbage is now a clean and green place with over 365 varieties of kitchen garden plants and flowering and fruiting trees.

The garbage, which once seemed like a huge problem, has now turned into gold. The housing society now uses its waste to grow fruits, flowers and vegetables.

The residents have faith that if they could end their garbage crisis, then every society in India can do so.

“Initially, we were scared and sceptical about the initiative. We focussed on the steps instead of the end result. With the right knowledge and a strong will, citizens can be their own heroes in tackling garbage,” Shankar Bhatt, former Secretary of the Good Earth Malhar Footprints Owners Association (GEMFOA) tells The Better India.

A few lessons every housing society can take from the Good Earth Society:

In 2017, the residents of Good Earth Malhar Footprints in Kengeri, Bengaluru, vowed to deal with their waste instead of relying on the City Municipal Corporation.

Considering the severity of the problem, there wasn’t much convincing needed to get the 70 households on board.

It started with research on:

The association focussed on concreting their research and becoming habituated to waste management.

“Every three months, our team of dedicated volunteers visit each household to assess how people manage their waste, whether they have discontinued segregation and if they have any problems in composting kitchen waste. More than starting the movement, its sustenance needs more attention,” says Bhanumathy Vasudevan, a core member of the association. 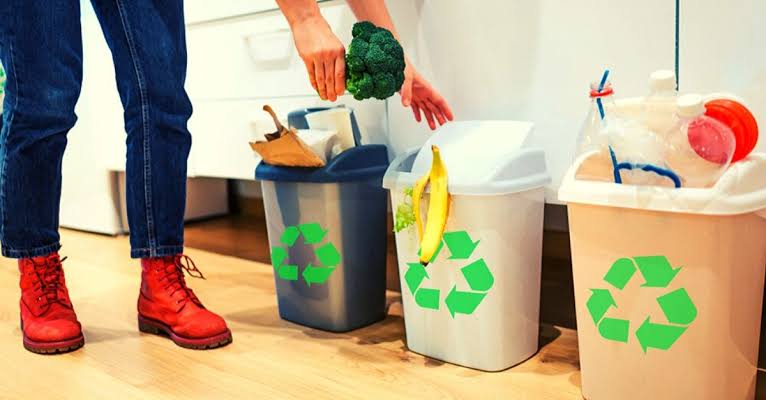 “Most of our household dry garbage consists of paper, plastic and glass and all of them are recyclable waste. Segregation is mandatory for this part,” says Vasudevan.

The community tied up with Hasiru Dala, a local non-profit waste management organisation. Its members visit once or twice weekly for dry waste collection.

The best part, says Vasudevan, is the employment that is generated for these ragpickers, “So many ragpickers can be brought in the formal waste management sector if we realise our responsibility and give dry waste to organisations like Hasiru Dala.”

The association convinced a majority of the households to treat their kitchen waste through composting.

Next, it stepped in and allocated some of the maintenance money to purchase a shredder (that cost around Rs 75,000) for on-site treatment of green waste like grass cuttings, leaves, hedge trimmings, prunings, flowers, branches, weeds, plants etc before the mulch is sent for composting. Shredding is a crucial link as it helps in breaking down organic waste. It also acts as a natural mulch for soil and suppresses weeds.

It takes about 30-45 days to make compost. The vermicomposting pit produces approximately three tonnes of compost per batch.

But, for the residents, the smell from the pits was a cause for worry. “There is odour but only within the radius of the pit. It is maintenance-free, all one has to do is keep the cycle going without any breaks,” adds Vasudevan.

The patch where residents once threw their garbage is now blooming with fresh harvests. They utilise the organic compost they generate to grow vegetables and fruits.

On Fridays, the residents come together and harvest tomatoes, leafy vegetables, chillies and radish. The produce is equally distributed among all the households. All the veggies are grown sans chemicals or pesticides. The society makes its own organic fertilisers like neem paste, panchgavya (mixture of cow dung and urine) or jaggery water to keep insects at bay.

Some of the compost is also used for fruit-bearing trees inside the premise like jackfruits, coconuts, water apples and blueberries. The residents get to reap benefits from these trees every once in a while.

“Who would have thought farming can be a weekly activity in an urban setup like ours? A lot of hard work went into developing a systematic process but now it is part of our culture. We couldn’t have been more proud,” concludes Vasudevan.

So, what are you waiting for? If you think your society or colony has the potential to manage their own waste (as we believe all societies do), then get going!

To start your journey towards building a sustainable life, explore and enroll yourself in courses by The Better Academy.

Becoming ‘Beyonce’: Inside the Secret Life of a Drag Queen Leading a Dual Life

Can’t Set Up Solar Panel on Rooftop? Here’s How You Can Still Save Money With ‘Solar Biscuits’