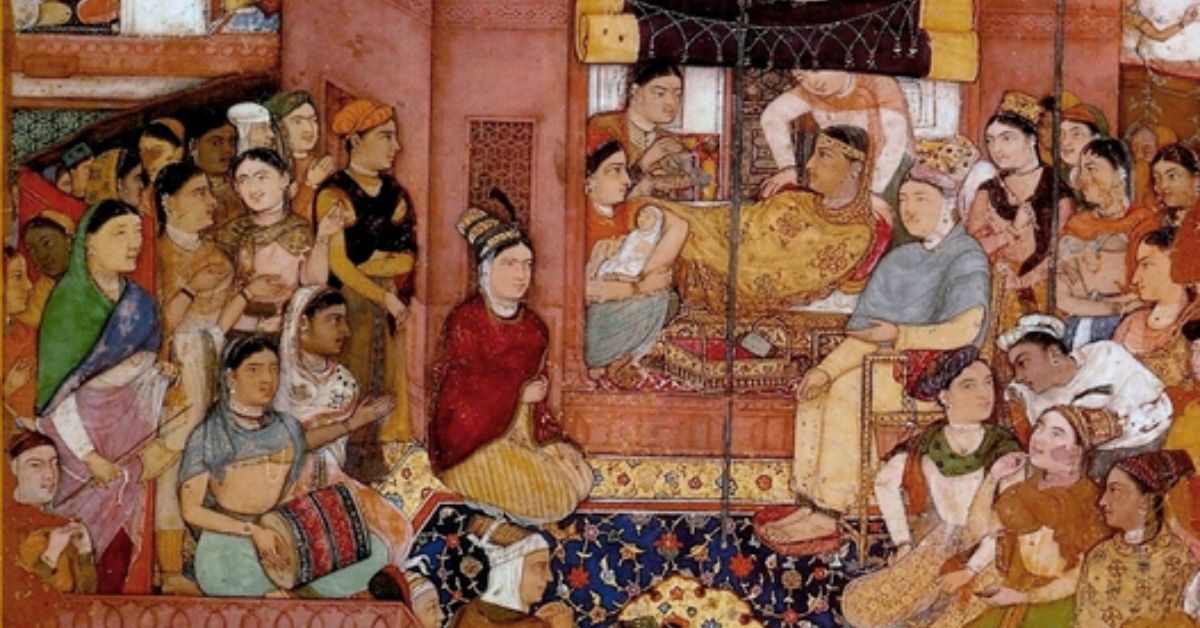 The Rajput lady commanded 12,000 cavalrymen, funded indigo in Bayana and helped hundreds of Muslim pilgrims reach Mecca safely. Provoked by the Europeans, how could her royal blood keep quiet?

The 17th Century was a very different time. A golden age for some, it was a time when the world eyed ‘Hindustan’ with envy and desire. And every day, it seemed like, more and more of the firangis would come to the stunning and bejewelled court of Jahangir, Padshah of Hindustan, hoping to curry favours and find a toehold. And in those heady days of power and pleasure, it seemed beyond belief that these strange pale-faced foreigners could ever hold sway over the magnificence that was India.

We all know how the British plundered us. But many seem to have forgotten it was the Portuguese who began that evil project, beginning of course, with Vasco De Gama.

“The Portuguese were the biggest force before the Dutch, and the English came to India. But they were not in the mainstream of the Mughal Empire,” says Ira Mukhoty, speaking to The Better India. Mukhoty, the author of ‘Daughters of the Sun,’ a biography of Mughal women, added that these foreigners were an inconvenience at best to Mughals.

Portuguese power came from their ability to dominate the seas around India with their warships. They extorted a sort of ‘hafta’ to let trade ships cross the Arabian Sea without incident, and thus made their wealth through this criminality.

They had conquered Goa by then and ran a few small towns across India. Most of their ‘trade’ was sorted at the great port of Surat, in Gujarat.

But in three action-packed years, they would make a terrible mistake, and so anger a Mughal empress, that Surat would be sealed, their churches across the empire locked, and their Jesuits forbidden from practices their religion. Here is that story.

Harkha Bai: A force to reckon with:

Harkha Bai, a dominant influence in Jahangir’s court, rose to power after her marriage with Jalal-ud-din Muhammad Akbar.

A Rajput princess from Amber, she was to change the Mughal empire as the court knew it till that time.

For starters, she was the first empress to not convert to Islam after her royal nuptials. Secondly, though the royal womenfolk during Babur and Humayun’s times had power, influence and interests beyond their domestic life, in Akbar’s era they remained shrouded in respectful secrecy.

Abul Fazl, Akbar’s biographer, did not even record their names, only their titles. The name ‘Harkha Bai’ hence is mostly lost in the pages of history, where she would mostly be called ‘Maryam-uz-Zamani’ (Mary of The World) – a title Akbar gave her after she gave birth to their son, Salim.

After Akbar died, Salim, who crowned himself as Jahangir, would double the royal stipend of Harkha Bai and give her a cavalry command of 12000 men. This is where Harkha Bai would truly come into her own.

Harkha Bai became one of only four senior members of Jahangir’s court, and the only woman in that tetrad.

Along with the cavalry at her command, the Rajput-Mughal royal also had the right to issue firmans. Harkha Bai was not dependent on her husband or son’s financial support. She owned properties, would conduct trade and had the right to a salary for running the Harem (which was a mini-government in itself).

While she was often given gifts in forms of gems, jewels and horses, Harkha Bai had chosen trade to be one of her most important revenue sources.

She was not only one of the wealthiest women on earth at that time but also had unparalleled influence over the ‘Conqueror of The World’.

Mukhoty speculates that Harkha Bai came from a typically conservative, elite Rajput upbringing. But once she gained power, she commanded it efficiently, benefiting farmers, merchants and the general trade of the area.

“She comes from a very talented family of generals and kings. The genes would have hardly missed Harkha Bai. Once she got the opportunity, the capable, intelligent, shrewd woman used it to her full capacity and for the benefit of the empire,” Mukhoty shares.

The Portuguese, dominating the seas, could have learnt this lesson. But they didn’t. And that marked the very end of their influence in Surat.

They burnt a ship, but their trade went ablaze:

One of Harkha Bai’s most prized possessions was ‘Rahimi’, the largest Indian ship in the seas at that time and the vessel that carried 600-700 pilgrims to Mecca every year.

(A Rajput princess with a Christian-influenced title taking hundreds of Muslim devotees to their pilgrim every year. A slice of history lost in time.)

The newly aggressive Portuguese demanded that every ship that sails through their marine “territory” must carry their license. This license, much to the annoyance of the Mughals in India, was an image of the Christian Virgin Mary.

While Harkha Bai carried a title meaning ‘Mary’, having to put up an image of the Christian figure was an insult to the Mughals. But, to keep the peace, the ‘Rahimi’ too, carried the pass on the seas.

This large vessel, with a mast forty-four yards in height and carrying 1500 tonnes of goods was, as Manu Pillai’s book ‘The Courtesan, the Mahatma and the Italian Brahmin’ suggests, “verye richlye laden, beeing worth a hundred thowsande pounde.”

In 1613, the Portuguese seized this royal ship and forced it to sail to Goa, along with the 700 people on board.

The ‘Rahimi’ had the pass, but the Portuguese were trying to gain leverage over the other European traders who seemed to frequent the Mughal empire. They figured that they could terrorise the Mughals into giving them special treatment.

Adding oil to the fire (literally), the Portuguese also set the ship on fire.

But, they misunderstood the Mughals. Rather than begging for their subjects, who were on route for the Holy pilgrimage, to be released, the royals blazed with anger. And insult to the grand empress was an insult to the entire empire.

He “hath likewise taken order for the seizing of all Portingals [sic] and their goods within his kingdoms,” notes Pillai, adding another account on how Jahangir “sealed up their church doors and hath given order that their shall no more use the exercise of their religion in these parts.”

The Portuguese were once thought of as invincible by other European colonists. But this incident proved otherwise. They tried to atone for their mistake, trying every trick in the book to offer peace.

Pillai notes, “Rattled, the Portuguese made amends by offering three lakh rupees as compensation, but on the condition that the Mughals expel the English from Agra. Jahangir refused to blink…”

That stare would linger for a long time, and the Portuguese turned away from Northern India, and the Mughal Empire, restricting their activities to the Western coast of Southern India. Later defeated by Kannada rulers and the Marathas, they would never have any further influence on the titanic issues India would face over the centuries.

They retreated to Goa, which they stubbornly held until India finally reclaimed it in 1961.

With the destruction of Harkha Bai’s beloved ship, they scripted their demise in India.

You may also like: Last Living Member of The First Lok Sabha, This 100-YO Helped Draft The Constitution