Student Has Distributed More Than 10K Pairs of Footwear. Here’s How You Can Help 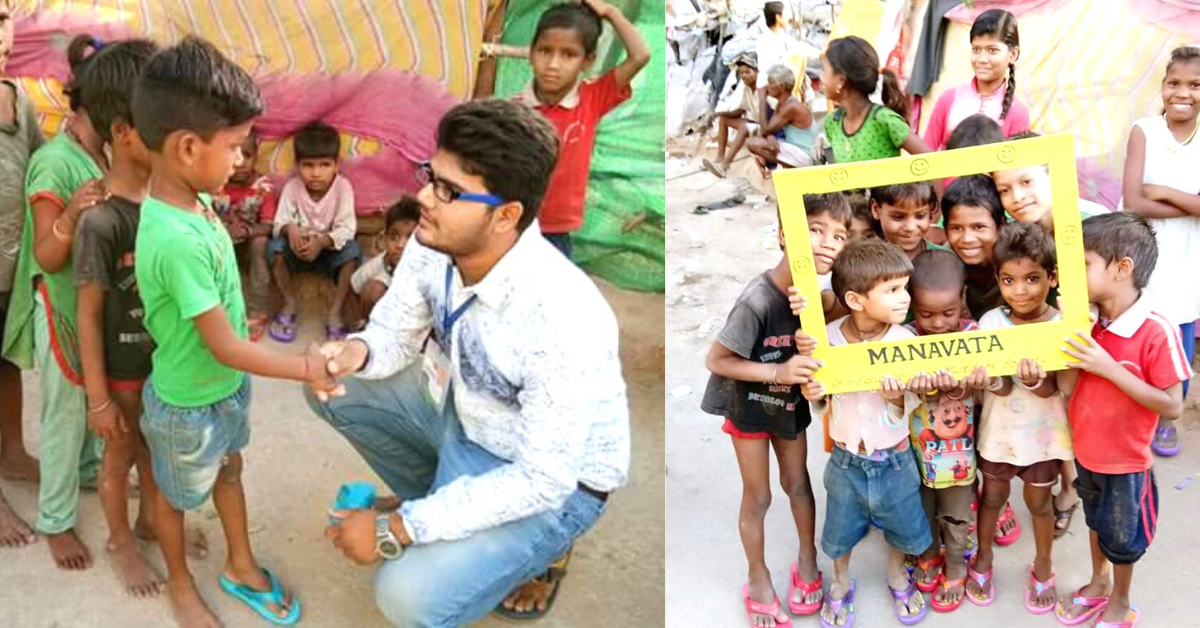 “If we are born on this planet and do not help anyone, then will that even qualify as a life well lived? Everyone lives for themselves, but doing something for others gives it a sense of fulfillment.”

23-year-old Ayush Baid is a resident of Gwalior, Madhya Pradesh, currently pursuing a Master’s degree in Social Work. He is also the founder of a community–Manavta (Humanity), which he started at age 18 in 2015.

Interestingly, the services rendered by this group have found a spot in the Limca Book of Records as well.

In a conversation with The Better India, Ayush explains about one particular initiative, which collects and distributes sandals during harsh winters to those in need.

There is a way you to contribute too. So keep reading.

The inception of the group

“I started this group when I had just finished my class 12 examinations, I wasn’t even 18. It was a natural extension of my work in school,” he says.

The head-boy at school, Ayush would often participate in social and cultural activities. It was his helpful nature at school that also earned him the nickname of ‘Solution Boy’.

At a time when kids his age were idolising music and film stars, Ayush looked up to Rani Laxmibai and Shivaji for their strength and valour. His motto in life has been to help people.

He says, “If we are born on this planet and do not help anyone, then will that even qualify as a life well lived? Everyone lives for themselves, but doing something for others gives it a sense of fulfillment.”

It was with this intention that Manavta came into being.

It was in Gwalior’s Krishnanagar basti, an area where no one seemed to want to go.

Ayush recalls, “Initially, it took us a while to build trust with the residents since no one had ever come forward to help them. We started with taking classes for the kids, and despite it being a good 25 km away from my home, I was regular in going there to be with the kids.”

So what was the situation there? Ayush answers, “The people consumed alcohol and were heavily into playing cards. It took us time but we slowly changed the situation around.”

Introducing the kids to basic education, and a change in thought process were his strategies to integrate the basti residents with the rest of the city. He also undertook initiatives to improve health and hygiene, and the safety of girls.

But there was one, which was particularly interesting.

“During our conversations with the children, we always said that they could become officers, get good salaries etc., but even a basic thing like footwear was a luxury for them,” says Ayush.

Thus, in 2017, the idea of Chappal Bank was born. It has since helped 10,000 children get a pair of footwear. Ayush now wishes to take this initiative to other parts of Madhya Pradesh.

How does he manage the finances for all his work? Ayush says, “I have one motto – never ask for money, always work for it or earn it.”

He goes on to say, “Which is also why we refrain from taking monetary donations. We are happy if you donate a pair of sandals directly as this provides complete transparency.”

His father runs a medical store and helps him a lot, while each of the team members contributes Rs 100 each month.

In conclusion, he says, “This is not a business for me and I do not earn anything from it. It’s just pure passion that keeps me and the rest of the team going.”

If you would like to contribute to Manavta or donate a pair of chappals, check out their Facebook page or call them on +919179561844.