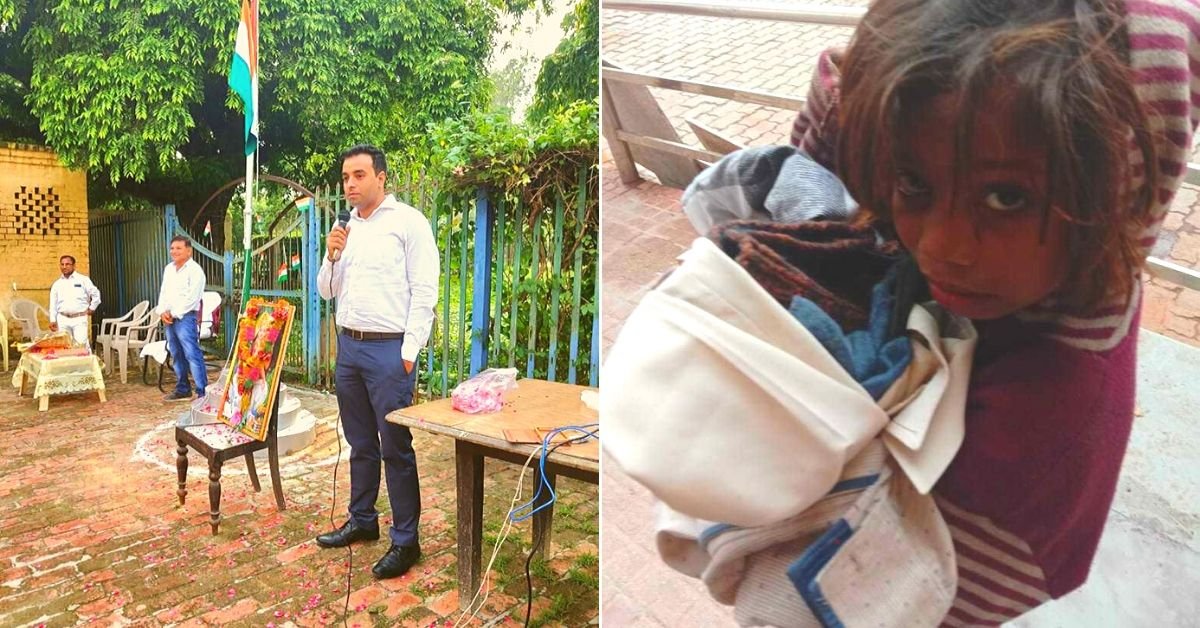 "Instead of measuring the performance of railways solely in terms of income they generated, we must also consider how we perform in taking care of people, particularly the vulnerable", says IRTS officer Sanjay Kumar. #Respect

Early last year, Indian Railway Traffic Service (IRTS) officer Sanjay Kumar was at the Jhansi station in Madhya Pradesh, when he saw a small boy wrapped under his mother’s shawl.

“He was coughing loudly. The mother was desperately trying to wrap herself and her child with that one shawl. It was a heartbreaking scene, and somehow stayed with me,” says Sanjay, to The Better India.

Thus, when the harsh winters hit North India this time, Sanjay decided to do something for the economically disadvantaged rail passengers who can’t afford warm clothes.

“Passengers travelling in air-conditioned compartments barely face any issues during the winters. They receive adequate linen, and the temperature is generally maintained in their compartments. But for those travelling in sleeper class, particularly the general compartment where windows are left open, it gets really cold when the train picks up speed,” says the officer posted as assistant traffic manager overseeing the Tundla sub-division in Uttar Pradesh.

This sub-division comes under the Allahabad Division of North Central Railway Zone and covers a route extending from Ghaziabad to one station before Kanpur. There are 59 stations on this route.

Two weeks ago, Sanjay started an initiative by setting up a stall at prominent spots on the platform of most stations called ‘Neki Ki Deewar’ (Wall of Good) where you can donate warm clothing like jackets, scarves, sweaters and shawls.

Those in the general compartment in need of warm clothing can pick up whatever they want from these stalls. An important detail is that the anonymity of those donating or taking these clothes is maintained.

“These stalls have been put up at prominent spots across most stations on this route. We put more emphasis on shawls because anyone can use them since sweaters or jackets may not fit. We are encouraging people to hang at least one shawl there,” he says.

Sanjay mentions that in addition to his staff, who wholeheartedly participated in this initiative and even collected clothes from outside, passengers have also been extremely generous.

“Generally when it comes to donating, people often give away surplus clothes or the ones they do not need. But there was one particular passenger who donated a very costly jacket. I don’t know his or her motives for giving away the jacket, but I saw this as respecting the dignity of those who can’t afford warm clothes instead of giving away some old or ragged item. The mindset must be of helping someone else instead of simply giving away something useless,” adds Sanjay.

It’s an initiative other railway officials, particularly those posted in very cold climes where migrant labourers from UP and Bihar undergo long journeys to Rajasthan, Gujarat or Mumbai in search of work, should take up if possible.

“Watching this initiative coming to fruition has given me the feeling that working in the railways isn’t merely about transporting people or goods from one place to another. It’s a social organization as well. Instead of measuring the performance of railways solely in terms of how much income or profit they generated, we must also consider how we perform while taking care of people, particularly the vulnerable, whom we are responsible for. As a service, we’re not merely helping them move, but helping them move comfortably,” argues Sanjay.

Sanjay mentions that the initiative has reminded him about why he joined civil services and plans on running this programme for another month. More interestingly, he will look to run this initiative again before the winter sets in next year as well.