This 47-YO Mom Who Donated Her Kidney to a Kerala Orphan Is a Real Hero! 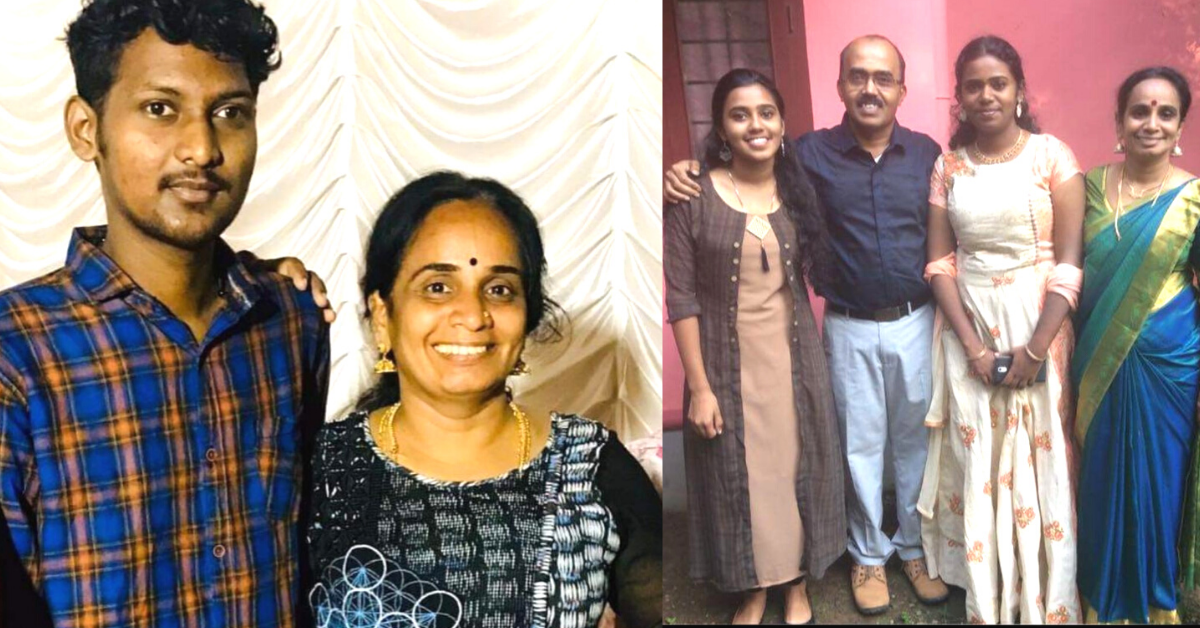 The trust was trying to find a suitable donor for Jayakrishnan and the first step in that direction was to find someone from his family but Jayakrishnan is an orphan who has no family to speak of.

47-year-old Seetha Dileep Thampi is a resident of Kerala who earlier this month donated one of her kidneys. The reason why we are telling you her story is because she donated her kidney to 19-year-old Jayakrishnan, a complete stranger.

I asked her reason for the decisions and her practical reply surprised me, “He needed a kidney to live on and I had one to give, it was as simple as that.”

Brace yourself for the winters with this eco-friendly hemp scarf

Seetha lived in Mumbai for almost three decades where she worked in a private firm. With her husband working in Abu Dhabi, the mother of two girls decided to take a break when the work started becoming too much to handle.

“My daughters and I moved to Kerala about 11 years ago.”

How did Jayakrishnan approach the trust?

Jayakrishnan is a resident of Kottayi, a village in Palakkad district. Here, Byju MS, a member of Daya Charitable Trust met him for the first time. The Trust provides medical assistance to the underpriviliged, among other things.

“Jayakrishnan’s condition was critical and we were informed that if the transplant did not come through the chances of his survival would be really low.”

Seetha has been part of the Trust since its inception 6 years ago.

“For almost two years, the organisation has been trying to help Jayakrishnan who has been on dialysis since then,” informs Seetha.

The trust was trying to find a suitable donor for Jayakrishnan and the first step in that direction was to find someone from his family but Jayakrishnan is an orphan who has no family to speak of.

“He is just 18 years old and the thought of losing such a young life was weighing very heavily on all of us. In an attempt to get donors to come forward, we were also willing to provide them with a job and shelter for life but even then we did not find any suitable donor.”

“A video shot by the Trust to find donors for Jayakrishnan arrested my attention. I felt very bad and the fact that no one was coming forward to help him was frustrating and depressing,” she shares.

That experience moved her to consider becoming a donor herself.

When asked how her family reacted, she answers instantly, “During the time I was thinking about becoming a donor, my husband was in town. He only said one thing to me –‘whatever you decide, ensure that it is the final decision. It will be unfair to give that boy hope and then turn away.’ It was with this support that I decided to go ahead.”

Seetha’s entire family stood behind her like a wall. Her sister took a leave and flew in to be with her during and after the surgery.

“I am often asked that but I don’t seem to understand why. There was no fear whatsoever – on the contrary, the wait and the amount of paperwork was more frustrating.”

Given that Seetha was a third-party donor, the process was even longer and it took almost six months to come through. “I even appeared before an ethics committee and was interviewed to verify my intentions before the go-ahead was given.”

How did they raise funds?

Once the donor problem was solved, Jayakrishnan had to raise the funds needed for the surgery.

“These procedures are not cheap and we all came together to raise funds. In one day itself, thanks to the people who are part of the Kottayi panchayat, we were able to collect Rs 15 lakhs. The rest came via friends and family.”

Seetha also says that the able help and guidance provided by E B Ramesh—the Chairman of the trust, also helped them to a large extent.

About 2 lakh patients in India are waiting for organ donation with a mere 15,000 donors available, says this report. The Ministry of Health says that the annual requirement for kidneys could range between 2-3 Lakh with a mere 6,000 transplants occurring in reality.

With people like Seetha coming forward to donate their organs, hope remains alive for many.

Also Read: Antiperspirants/Deodorants Play an Active Role in Breast Cancer: Is It Just a Myth?