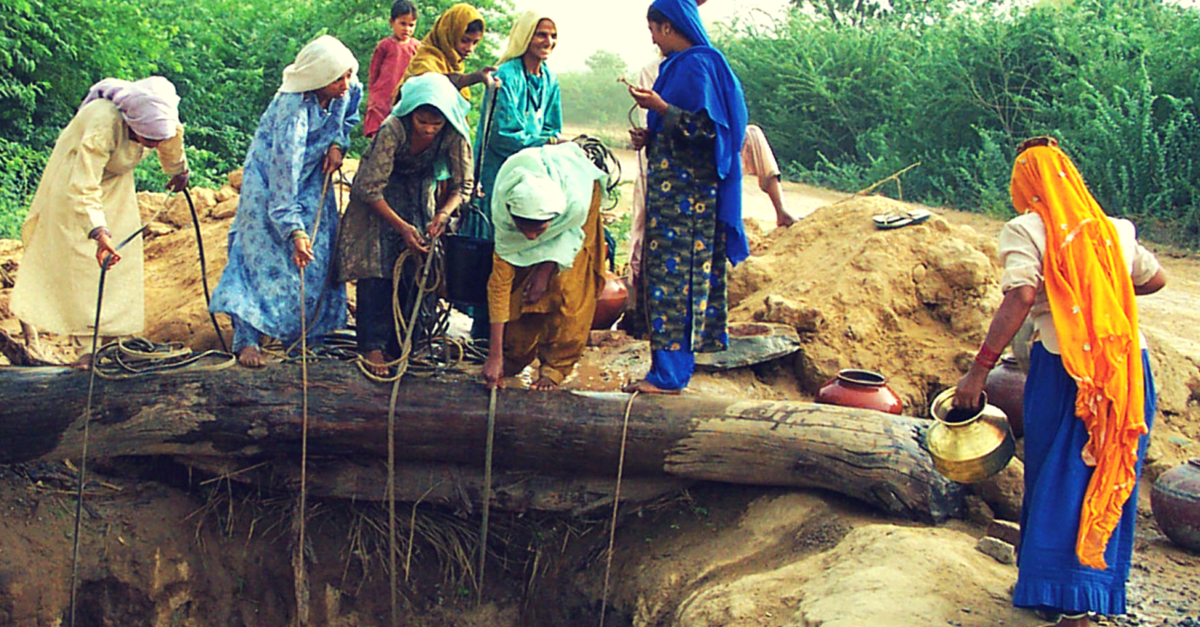 These women turned into masons and inspired every household to construct toilets. Today, this small village in MP is an open-defecation-free zone. Know all about the villagers’ inspiring journey of change.

In this an excerpt from Gender Issue in Water and Sanitation Programmes: Lesson from India, edited by Aidan A. Cronin, Pradeep K. Mehta and Anjal Prakash, and published by Sage Publications, meet Geeta Bai and other women from Ratanpura in the foothills of the Vindhyachals in Budhni block of Sehore district in Madhya Pradesh who have worked hard to ensure that their village is open defecation free, clean, and its people are no longer chronically suffering from diarrhoea, fever and other related ailments.

The small village of Ratanpura at the foothills of Vindhyachals in Budhni block of Sehore district in Madhya Pradesh had one toilet out of 113 households until December 2010.

The village was unclean with an overhanging pungent smell of open excreta and flies all around. Diarrhoea, fever and other related ailments were common amongst villagers, and a large proportion of the households’ income was spent on medical treatments. Women were exposed themselves at the loss of their self-respect and dignity. The time of menstruation was further worsened with the pain of travelling long distances and difficulty in maintaining proper hygiene.

Against this backdrop, the block-level functionaries, who were trained in the CLTS [Community Led Total Sanitation] approach, entered Ratanpura village with the aim to render it ODF. These functionaries were well aware of the plight of women and approached them to discuss the issue of ending open defection in their village. During a village-level meeting, women gradually opened up and started sharing their experiences:

Sukhmaniya Bai, an old woman, said, ‘In the rainy season, open defecation is so challenging and risky; I have to walk so long, and often my clothes get dirty.’

Rama, 16 years old, said, ‘It is really disgusting to go near the main road and defecate there; we have to stand-up every time someone passes by and then sit down again. Most of the time we are unable to clean ourselves properly; sometimes, young boys laugh at us.’

The women’s own responses and experiences of open defection acted as a trigger to instigate them in taking action to change their present situation of shame, humiliation, pain and disrespect, and probe for a solution. The women reached a consensus that they, in fact, are the worst sufferers and they no longer want to continue with the same practice of having to defecate openly.

After an initial discussion with women, the CLTS functionaries/facilitators also included the men in the triggering session. During these sessions, Geeta Bai emerged as a natural leader. She said, ‘When we bring a daughter-in-law in our house, then we use “parda” (veil covering the face) to save her dignity, but the very next day we are sending her outside the house to defecate, for everyone to see her shitting half naked in the open. Tell me, where is then our “parda” and dignity!!’ Many other women followed Geeta Bai and narrated their everyday woes and fears of defecating in the open.

Once the villagers were faced with questions of women’s issues and shame, the CLTS facilitators suggested that they could teach the villagers to construct simple pit latrines as an immediate solution.

Next day, five women started digging pits at dawn and completed the construction of five latrines by noon. This was the start of a movement in the village where toilet construction was now proven to be a daylong job, which could also be done by women!

The women leaders who emerged during the course of this process formed monitoring committees and established a village action plan to end open defecation in their village, with the help of the CLTS facilitators. Several households started building simple pit latrines, and in the span of 10 days, all households of Ratanpura village had completed their pit latrine.

However, the men were still defecating in the open. All this time, the CLTS facilitators were also raising awareness on the sanitation and health linkages, which proved to be the next motivational trigger for women to convince their husbands also to stop open urination and defecation. The monitoring committees started supervising common defecation areas, at the early morning hours with whistles to catch defaulters. Radha Bai hilariously narrates, ‘The “Nigrani Samiti” (monitoring committee) members started whistling when my husband went for open defecation. So, eventually, my husband decided to build a toilet and use it.’

On 26 January 2011, the village became 100 per cent ODF. At a village meeting, some villagers decided to improve their simple latrines to low-cost leach pit toilets. The CLTS facilitators helped them understand the leach pit design and guided the construction activities with suggestions in making it cost-effectively so that every household would be able to afford it.

Women leaders came forward to learn some basic masonry skills, which until then were considered men’s work domain. Many offered their services free of cost. The village headman and other functionaries, and other local PRI members also supported the activities. Group procurement was encouraged to avail bargains with local suppliers; interest-free loans were facilitated; local sand was used to reduce material cost; material donations were also forthcoming. Chhote Lal from Ratanpur village said, ‘The Sarpanch arranged for sand and cement bags. They also arranged for loans from the brick kiln.’

Ratanpura villagers now proudly boast of their self-achievement in making their village ODF.

The villagers recognise the overall improvements since they have eliminated open defecation in their village, and the benefits they have accrued in terms of health, cleanliness, social cohesion and their increased respect towards women. The women of the village narrate, ‘There have been no flies and mosquitoes this year. Fever, cholera, diarrhoea was worse in our village earlier.’

Men convey, ‘We feel good that women speak-up now. They didn’t go out the house much. Now they come here (in meetings).’ At the community level too, there has been a significant change in thinking: ‘Now we sit together as one community and talk about important communal issues such as the improvement of the road, the drain, mending the fences for cattle, etc. We come together and decide how to improve these faster.’

As the success story of Ratanpura spread fast to the neighbouring villages, and many visited the newly turned ODF village to see the changes. Women from Ratanpura left the confinements of their homes and personally went to share their experiences with other villages.

The experience which women from Ratanpura gained during the CLTS implementation process also helped in shedding many myths on issues such as the fact that: ‘toilets are expensive’; ‘it is the government’s duty to provide toilets’; ‘one can fall in the toilet pit and suffocate or die.’

The women of Ratanpura are now active change agents in bringing further development in their villages, beyond ODF, and building a better future for themselves, their children, their family and their community as a whole.