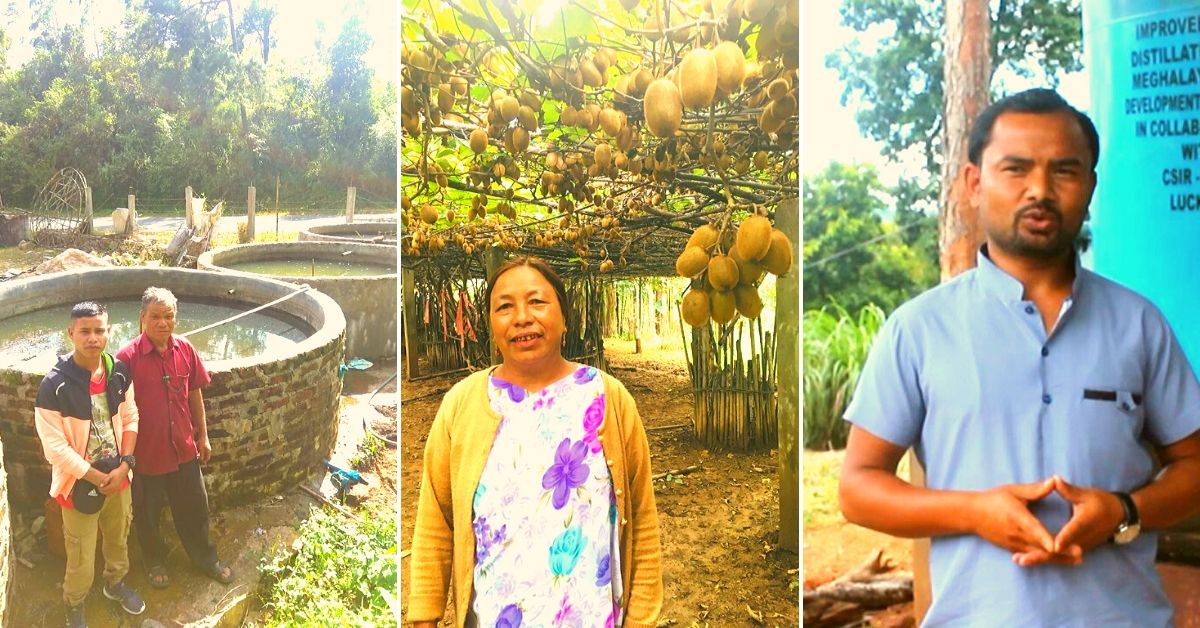 A resident of a village in West Jaintia Hills, 56-year-old Kimson Lipon doesn’t own a smartphone, but is determined to impart the knowledge he has learnt over the course of 30 years! #FarmersFirst #GrowOrganic

Farmers in the ‘Abode of clouds’ or Meghalaya are on a mission. Armed with the decades-old knowledge of farming techniques and tips and tricks of the trade, they are now using Youtube to spread their wisdom far and wide.

Since last month, five farmers have started their own channel with close assistance from the Meghalaya Basin Development Authority (MBDA)’s Meghalaya Livelihoods and Access to Markets Project (Megha-LAMP) project that aims to promote long-term employment and livelihood options for the state’s rural residents.

“Farming is not viewed as an attractive profession, but we understand their immense contribution to society. We are trying to empower these farmers to spread their knowledge. Many farmers initially weren’t very interested in sharing knowledge. They would prefer passing the knowledge onto the next generation or their farming community. But these traditional farming practices are viable and feasible. We are trying to enable farmers, through technology, to preserve traditional knowledge and help other people learn from them whether it’s a fish farmer or pig farmer,” says Shweta Raj Kanwar, Social Media Specialist and Publicity In-charge of the MBDA, speaking to The Better India.

One of the farmers to start a Youtube channel is, 56-year-old Kimson Lipon, a fish farmer from Khliehtyrshi village in West Jaintia Hills District. Though Lipon does not own a smartphone, but through his 22-year-old son, he is determined to impart the knowledge he has learnt over the course of 30 years.

In the video, Lipon takes you through the finer details and techniques involved in constructing a modified fish hatchery tank.

“I had heard of YouTube but I wasn’t sure of how it exactly worked. My son then explained to me that if we put this video, farmers not just in the West Jaintia Hills, Meghalaya and possibly the rest of the world would be able to see it,” Lipon told The Indian Express.

The larger Megha-LAMP project itself, however, currently oversees various developmental works across 1350 villages 18 blocks across all 11 districts in the state.

“Megha-LAMP aims to improve incomes of families and the quality of life in rural areas of Meghalaya by creating and improving income generating activities that are based on the local produce, and then developing markets for these produce so that opportunities for sustainable livelihoods can be created,” states an official note.

The note further explains that the project’s primary focus is on supporting clusters for the development of specific products for markets within and outside of the state, along with supportive investment in natural resource management, rural finance, and market access infrastructure.

Megha-LAMP Project and its aid

Thanks to the assistance from the project, Lipon, for example, has constructed a hatchery that is regularly producing top notch fish seeds of a variety of species.

Last year, he approached the Enterprise Facilitation Centre in Jowai town of Jaintia Hills district established under the Megha-LAMP project. These centres help farmers with relevant advice and information on how to further their financial prospects.

In the course of the execution of Megha-LAMP project since 2014, MBDA witnessed numerous success stories like Lipon’s and felt a need to take the idea to other farmers for inspiration.

For example, the success story of Midalis Lyngdoh, who began her venture with just 12 kiwi saplings. But nearly three years later, she harvested about 100 kg of kiwis.

Also, across India, various farmers are using platforms like YouTube and social media as a means to disseminate their knowledge. This inspired MBDA to do the same and equip the Meghalaya farmers.

“MBDA provided basic training to farmers on shooting videos, creating a YouTube account and uploading content. We are further helping publicise their channels to get more traction. Since most of these videos are shot in local languages, MBDA will also be helping them to translate the videos to cater to a wider audience,” says Shweta.

It’s still early days for these YouTube farmers, but with greater impetus this project can potentially enhance productive links between farmers in Meghalaya and the outside world.