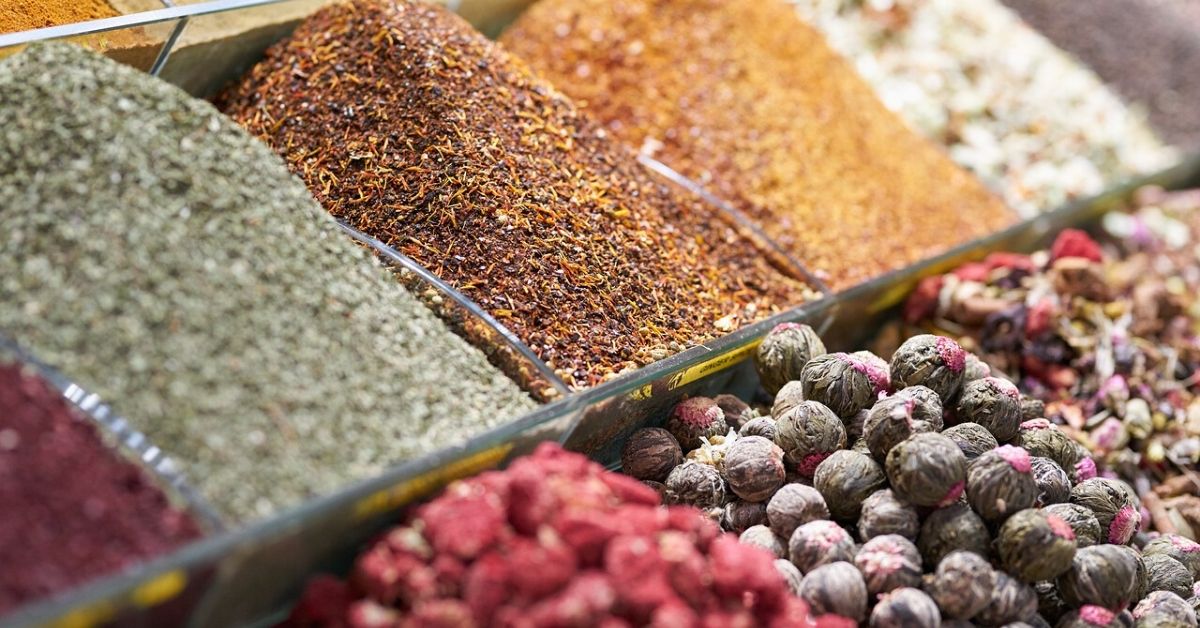 From Kerala’s Veppilakatti to Manipur’s Sha Machal, these unique spice blends make use of unusual culinary ingredients that define cuisine of these regions. #FoodSecrets #EdibleHeritage

Indian kitchens are treasure troves of the best culinary enigmas. The magical taste in our grandmothers’ recipes emerged from their culinary prowess and the secret masalas they painstakingly curated.

Our palates and taste buds have evolved over years of improvisation and continental infiltration, thus authentic recipes involving these traditional masalas still remain elusive. In case the budding chef in you bemoans the loss of such ages-old lost gastronomical delights, The Better India managed to procure some of the best-kept secrets from regional kitchens that define the cherished cuisines of those regions.

Looking for a beverage to boost your health? A daily cup of turmeric tea in the morning or a glass of turmeric milk at night may be just what you need!

Of all the masalas on our list, the first one comes from Kerala – the uncontested spice heaven of India. Paired with steamed rice and curd, Veppilakatti completes the perfect comfort meal, no matter how far from home a Malayali is. Malayali moms still make sure to pack a jar or two of Veppilakatti when their children leave home after the holidays.

The key ingredient in the chutney is dried and powdered curry leaf, which actually attributes to its name – Veppila, the Malayalam word for curry leaf.

Mixed with coconut, shallots, tamarind and chilli, the most authentic Veppilakatti is processed in such a way that it can last up to a month without refrigeration. Often consumed as a semi-dry chutney, Veppilakatti can also accompany a bowl of fresh idli or plain dosa.

Here’s a link to this lip-smacking recipe:

A staple in the Marathi kitchens, this exquisite spice mixture gets its characteristic aroma from a unique ingredient – Dagad Phool (Black Stone Flower). A lichen, the dried purple-black ‘flower’ adds a distinct subtle yet pleasant flavour to the Goda Masala.

The masala finds the most use in the delicious Maharashtrian masala bhat as well as usal, and even some daals. Alongside the Dagad Phool, the Goda Masala also comprises unusual ingredients like Nagkesar or Cassia buds, aside from kitchen commons like coriander seeds, whole cumin, Ajwain or carrom seeds, cinnamon, peppercorn, asafoetida (Hing) etc.

Now you can elevate your weekend lunches with a Marathi twist; just follow this recipe for a power-packed Goda Masala:

It can fuel a debate to pinpoint the origin of the Potli Masala. Nevertheless, be it Lucknow’s Awadhi wonders or Hyderabad’s Nizami marvels, the Potli Masala has been an integral part of Nawabi cuisine. The name is derived from the soft Muslin cloth in which an assortment of 15-20 exotic whole spices and herbs are tightly tied, before being dropped into heavenly dishes that require slow cooking for prolonged hours. Nihari, Paaya and even Biryani often find usage of this sensational masala.

Ranging from sandalwood powder to betel plant roots, Chinese cubeb (Kawabchini) to dried vetiver roots (Khas ki Jad) – Potli masalas is a handful of wonderland in itself, that can easily escort any foodie to a whole new dimension of taste.

Though the ingredients might vary slightly according to regional availability or demands of a particular dish, the Polti Masala can amaze you with the perfect tinge of royalty on your plates. Here is a link to a near-authentic recipe:

This spicy wonder from the versatile Bengali kitchen is perhaps the one in the list with the least ingredients. This simple, coarsely-grounded blend of roasted cumin, coriander, fennel, bay leaves and dried red chillies has the potential to add that nostalgic zing to Ghugni, Aloo Kabli, Aamer Chutney and almost any evening snack or pickles. In fact, just a spoonful of it can instantly transform that leftover fish curry or mutton kosha, just as much as it can remind a Bengalee of home in the first bite of mummy’s mango pickle.

Extremely easy to make, masalas like the Bengali Bhaja Moshla should feature on the kitchen of any cooking enthusiast. Here’s a simple guide to perfect the blend:

This greenish Goan surprise serves as a magical marinade for meat, poultry or fish, to be later cooked to perfection in coconut oil. The predominant ingredients are fresh coriander leaves and spring onion, which account for the olive green texture. A lot of interesting elements come into play with the coriander and spring onion which attribute for its mesmerising aroma, for instance, coconut jaggery, toddy vinegar and rum. The last one can be substituted with diluted regular vinegar for the non-alcoholics.

Here’s the complete recipe for this spice paste, originating straight from the Portuguese settlements in Africa, who adopted a local African delicacy and added their own spicy twist to it:

Quiet similar to the popular gunpowder masala in Andhra and Kannada cuisines, Nalla Karam Podi is the spicier Andhra version, mostly sprinkled over Idli or Dosa crust, along with a few drops of Gingelly oil.

Gaining the strong smell and flavour of masalas like coriander seeds, raw garlic and tamarind, the Nalla Karam Podi literally translates to ‘black chilli powder’ in Telugu. Curry leaves, and even lemon leaves in some variants add on to the aromatic factor of the podi (powder) while it’s coarse texture comes from roasted Urad dal.

Willing to give your breakfast Idli a foodgasmic twist? Make Nalla Karam Podi in your own kitchen today, with this recipe:

This Manipuri spicy delish mostly accentuates mutton, lamb, chicken and even fish curry, though there is also another variant – Sha Machal Apouba – specifically prepared for vegetarian dishes. A spicy concoction of coriander, peppercorn, cardamom, nutmeg, mace, wild orange among other ingredients, Sha Machal is not well-known outside the North-Eastern state, though it is undoubtedly a culinary wonder.