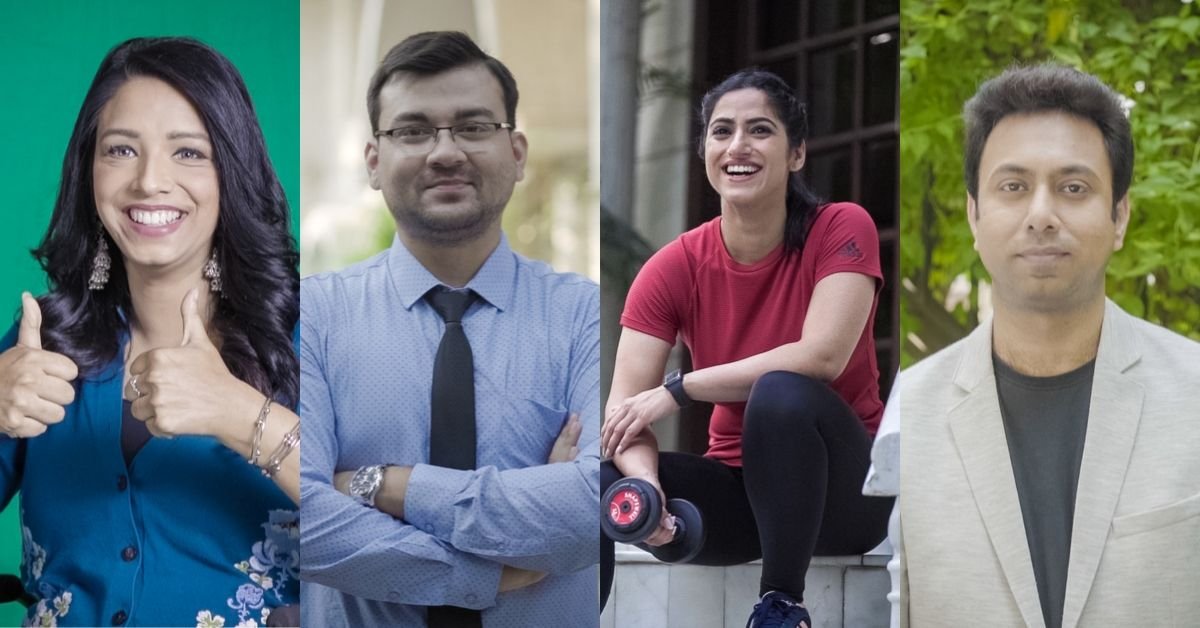 The Better India caught up with four TikTok content creators who are using the social media platform to drive change in the lives of millions of their followers.

This article is sponsored by TikTok India

Do short-form videos hold the power to change lives?

‘Yes. It can help a woman, who spent years silently suffering behind the closed doors of her bedroom, stand up to her violator and walk out of an abusive marriage.’

‘Yes, it can save a less-educated family from the interiors of rural India, tackle fake health news and seek help from experts in the stitch of time.’

‘Yes, it can help a first-generation English learner who was outcast, owing to his inability to ‘fit-in’ with his peers who are well-versed with the language.’

‘Yes, it can help a young girl who was bullied for being overweight take charge of her fitness and regain the confidence of feeling beautiful in her own skin.’

The scenarios you just read aren’t make-believe, but a glimpse of the real on-ground impact of meaningful content on EduTok—TikTok India’s endeavour to create inspiring content around themes of education, motivation, safety, health and wellness.

In an event held at Sarawasti Music College in New Delhi, The Better India (TBI) caught up with four such TikTok content creators who are using the social media platform to drive change in the lives of millions of their followers.

Geet is a motivational speaker and life coach who uses TikTok to make short videos on relevant social issues.

Born and brought up in the United States, Geet studied engineering and Law and worked as a lawyer in the US for a few years. But soon she moved to India to start an NGO, The Orphan Project. She travelled into the slums of Faridabad, and extensively worked with underprivileged kids and women. She empowers them with education, songs, dance and storytelling to effect behavioural change and create awareness on issues like hygiene, sanitation, stranger danger, and medical camps.

Life has not been easy for this iron-willed woman who was just 10 when a major car accident left her wheelchair-enabled.

“Even as young as I was, the accident turned my life upside down. I used to cry for hours every night. I relearnt even the most basic tasks from scratch like wearing my clothes sitting down, trying to reach things kept a height, to moving around in the wheelchair, handling weird stares from strangers and not feeling sorry for myself. The support of my friends and family helped me tremendously.”

Geet started her EduTok channel as a fun experiment to give a platform to her 87-year-old maternal grandmother who loves to act. She posted some 100-200 videos of her grandmother there. Over a period of time, she realised that she can use this channel for motivational content too and soon realised they were takers for it.

“They were thousands of views, comments and likes. Some women messaged me saying how my videos helped them speak up against violence and walk out of abusive relationships. On the other hand, many men also spoke up about how these videos helped them change their behaviour and foster better relationships with their partners and family. That to me, was exceptional.”

Several of her admirers approached Geet and asked her if she could teach them English too. So, she launched a separate channel called English with Geet to teach basic concepts like vocabulary, idioms, commonly-used phrases and how to avoid everyday mistakes in conversations.

“To my surprise, the account hit one lakh followers in one week. Where once, my groundwork was helping me reach out to a small group of kids and women, today my videos are helping thousands.”

When asked how a platform like EduTok could help impact change, she says, “There are several people who want to learn new skills but lack the finances to do so. EduTok is a platform where you have so many people creating meaningful and educational content accessible to people, free of cost. Today short-form videos can help you learn everything from English to guitar lessons. Also, since these videos are byte-sized, they do not take up too much of your time and bring education at your fingertips.”

Born in Varanasi, Dr Gupta moved to Delhi to complete his medical studies. A full-time doctor, he runs his clinic in the city and also owns a hospital in Varanasi. Despite the unforgiving hours, he makes it a point to create short EduTok videos, where he breaks myths and tackle fake news related to health. Many people from villages in India and third-world countries send their queries to him. Apart from breaking myths, he also educates them about symptoms, investigation and the expert advice they should seek to tackle the issue at hand.

“Fake news was one of my major motivations to take to a platform like EduTok and start making videos. It is scary how misleading information gets circulated on platforms and many individuals, especially in the interiors of rural India, who lack access to healthcare follow wrong remedies. It is an amazing feeling to have people write to you and thank you for your help. It keeps me motivated to keep making these videos.”

Hailing from the small town of Amritsar, Punjab, when Awal Madaan moved to Delhi 15 years ago, he was deemed unemployable. Why? Because he struggled with conversational English. Cut to 2019, he has six million followers that he teaches English too on TikTok. And content creation on EduTok is his full-time profession!

“I learned English in school. But my knowledge of the language was very bookish. So conversing with friends and prospective employers was a nightmare. But I worked very hard to teach myself the rules of the language, the nuances and also start picking accents,” says the 36-year-old.

He worked with an American Company and then decided to turn into a full-time content creator on EduTok, a decision borne out of his desire to help people.

“The impact is visible. Just the other day, I had a cab driver tell me how my videos helped him learn the language and serve foreign tourists better. Similarly, a lot of grandparents, who learn English from my videos, tell me how they can communicate smoothly and build a connection with their grandkids who are settled abroad. It is heartwarming to read their stories. Today, I am not only able to teach people English for free, but also earn my bread and butter, because several brands sponsor my videos.”

Delhi-based Gunjan Taneja is an engineer who worked for top companies. She perceived a gradual career shift in her life after she joined EduTok. Today, she is a full-time content creator, fitness counsellor and coach.

Why fitness? She goes down memory lane to explain the motivation, calling it a ‘fat’ backstory. “Growing up, I struggled with being overweight. The journey was not easy. My self-confidence had spiralled into a bottomless pit. When I started working, I also started educating myself a lot more about fitness and health.”

Once she had fixed her sights on the idea of becoming fit, she worked hard to reach her ideal body type. She started her fitness regime and in the course of time happened to come across the content on TikTok which was fun. She decided to shoot one of her fitness sessions and put it on the social media platform. And the positive response bolstered her will.

“The response was mind-blowing. I interacted with several people who I found a glimpse of a younger me in. The underconfident girl, who struggled with feeling comfortable with her own body type. Many were struggling to lose weight and grappled with body image issues. So I decided to help them on their transformative journey through short interactive videos. Now, I have several people who direct message me. Women who talk to me about health issues that they can’t share with their families, insecurities that are bogging them down. I talk them through it and encourage them to take charge of their health and fitness. For me, even their smallest victories like joining the gym after watching my videos or shedding a couple of kgs in a month, are big success stories to me.”

As she bids adieu, she has a message for aspiring changemakers who want to harness the power of social media to help others.

“Don’t run after views. Do what you love and share the knowledge and skills you possess with people who can benefit from them. Today, social media is not just a source of entertainment or break from the monotony of our lives. When used right, it can be an amplifier of meaningful educational content,” she signs off.