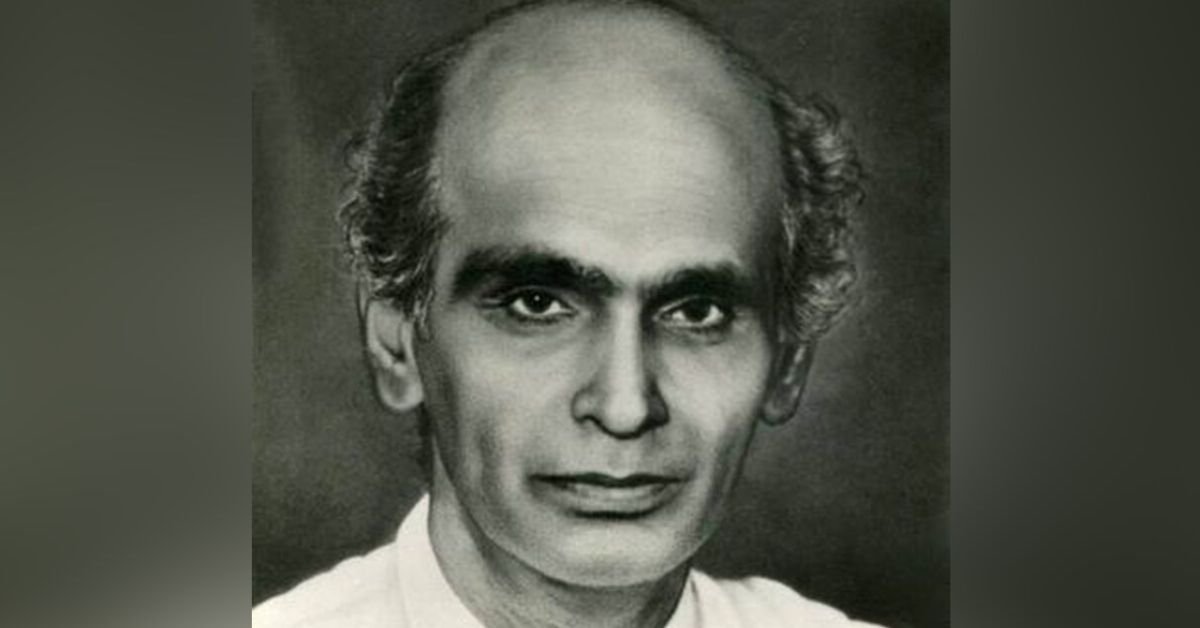 "Mr Naidu is truly a man in a million - perhaps this is an understatement,” said Nobel Prize winner C V Raman about the prolific inventor behind India's first indigenous electric motor.

G D Naidu or Gopalswamy Doraiswamy Naidu, fondly remembered as ‘Edison of India’, is credited for initiating the industrial revolution in the country.

During his lifetime, Naidu worked on several inventions in multiple fields like electrical, agricultural, mechanical and automobile.

Some of the path-breaking inventions that this prolific inventor is renowned for are kerosene-run fan, projection tv, mechanical calculator, ticket vending machine, electric razor and most importantly, the first electric motor of the country.

Born on 23 March 1893 in a Telugu-speaking family, Naidu lost his mother a few months after his birth. The young Naidu was never interested in studies and hence chose to drop out in the third standard.

Want to create an environmental and social impact? Check out this eco-friendly collection of great products created by artisans with disabilities.

While working on his father’s farm, a 16-year-old Naidu laid eyes on a 1912 model Rudge motorcycle that belonged to a British revenue officer. The teenager was so smitten by the bike that he left his native village, Kalangal and moved to Coimbatore.

For almost three years, the boy worked hard at a hotel as a waiter and saved enough money to buy the bike.

He purchased it for Rs 300 and today, a century later, the bike is preserved in a Coimbatore museum named after G D Naidu. Pulling off a bold stint like that was maybe a first for the class three dropout, but definitely not the last.

Naidu dismantled the bike multiple times to study its design and structure. This is how Naidu learnt about automobiles. He also worked as a mechanic for some time before joining a cotton mill.

Through self-learning, he went to set up his cotton business which failed when he tried to expand it in Bombay (now Mumbai).

A Coimbatore-based industrialist, Robert Stanes, forwarded a loan of Rs 4,000 to Naidu to help him buy a motor coach with which he began his transport business in 1920.

Though he drove his minibus himself for the first few years, he saw his business booming as the only way for people to travel inter-city was via bullock carts or walking.

By 1933, he owned a fleet of 280 buses. A few years later, his transport business had a name — Universal Motor Service (UMS) which became one of the largest public transport services in the country.

For each of his new invention, Naidu would start a company and generate employment.

In the field of electronics, he worked on developing devices that would make everyday life simple. Naidu came up with an electric razor called ‘Rasant’, thin shaving blades, fruit juice extractor, vending machines for voting and of course, the cost-effective five-valve radio sets.

Naidu also loved going on tours around the world, where he would capture images of eminent personalities.

It is believed that he shot the funeral of King George V in London in 1935. Naidu also took pictures of Mahatma Gandhi, Subhash Chandra Bose and India’s first Prime Minister Jawaharlal Nehru.

Not forgetting his roots, Naidu was actively engaged in farming activities as well and it is said that he grew millet and ten-feet-high cotton plants. Many people would visit his farm to study the high production and among them was Nobel Prize recipient for Physics, C V Raman.

Naidu retired from all his business-related activities in 1944 and embarked on the road of philanthropy. Two years later, he founded Industrial Labour Welfare Association (now known as G.D. Naidu Charities) with an aim to include practical training in higher education so that students would get employed easily.

Naidu’s post-retirement life was mostly dedicated to making society better by coming up with welfare schemes for his employees and the underprivileged. He would give grants to researchers who showed potential for inventions.

Naidu was instrumental in setting up India’s first Polytechnic college in 1945, the Arthur Hope Polytechnic (now known as The Government Polytechnic of Coimbatore). India’s Edison breathed his last on 4 January 1974.

His family names lives on in his son qqqqqqG D Gopal and grandchildren G D Rajkumar and Shantini.

C V Raman best described the diverse life of Naidu, “A great educator, an entrepreneur in many fields of engineering and industry, a warm-hearted man filled with love for his fellows and a desire to help them in their troubles, Mr Naidu is truly a man in a million – perhaps this is an understatement.”

Despite his humble beginnings and being a school dropout, Naidu was not afraid of dreaming big and taking risks at every step. Naidu is and will remain an inspiration for all of us.