Nayan S from Kerala’s Kollam district might have difficulty holding a pen and reading a line, but he has already written two books.

With an aim to forward its mission of creating an inclusive world for the 1.3 billion people in India, the Indian Inclusion Foundation is all set to host its eighth summit on 17 November.

The NGO was established in 2012 with the goal of making India inclusive for people with disability by 2030. The Foundation organises multiple activities like walkathons, fellowships and seminars with the aim to send their message across ten million people and make them a part of the mission by 2020.

Empower the visually-challenged community by helping them realise their reading-learning aspirations with Kibo. Check out products here.

This year, for the first time, the Bengaluru-based NGO is organising ‘Art for Inclusion’ on 16 and 17 November this year that will highlight the talent of eight artists with special needs.

We believe that the unique talents of these artists need to be in the spotlight. Many of these individuals use art to communicate thoughts, feelings and life experiences in a way that transcend their special needs. By sharing their artwork with the public offers an opportunity for everyone to see the world through different eyes, V R Ferose, Founder and Managing Trustee of the foundation,  tell The Better India.

The summit is free and open to all wherein speakers from varied backgrounds are invited to hold discussions.

Below are inspiring journeys of the five speakers: 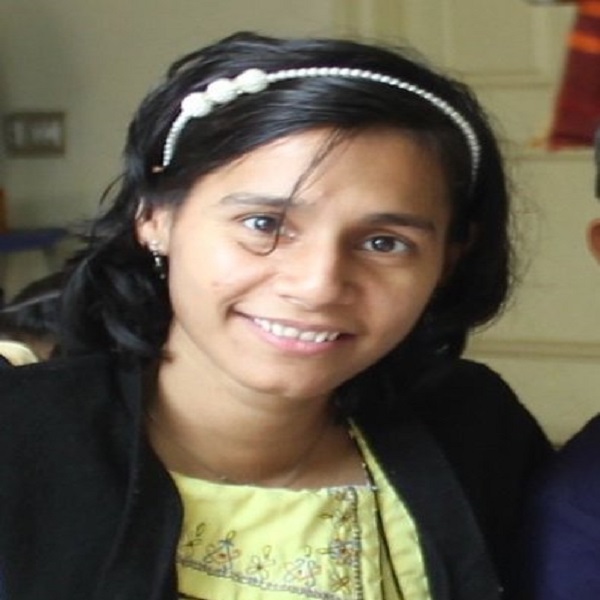 Bengaluru-based Anu Jain was born without legs and arms that extended till the elbows. Because of her condition, she was home-schooled and completed her higher education through a long distance US-based course.

She was introduced to the world of colours at an early age by her mother who gave her a brush, colours and a white canvas to express herself. Anu began with crayons and water colours, but she soon started experimenting with various mediums.

She completed a seven-year art course from Prachi Kala Kendra in Chandigarh, and later started coaching students in arts. Apart from teaching, Anu also conducts exhibitions of her art work in different cities.

Highlighting the two most crucial areas where we need to bring a change, Anu says:

An individual should not be identified based on anything but talent and intellect. However, here in India, we are quick to judge people on their appearance. There is a dire need to change that and this can be done through awareness. 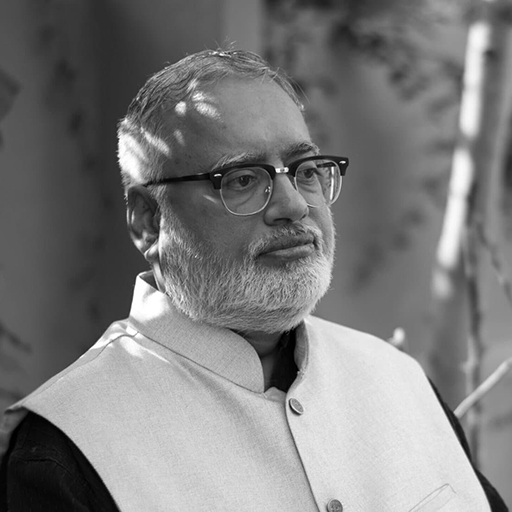 At 16, Mohan Sundaram was diagnosed with Muscular Dystrophy. It is a condition that involves a progressive loss of muscle mass and consequent loss of strength. But that did not deter the Chennai boy to pursue his dreams.

He is an alumnus of the prestigious Indian Institute of Management, Ahmedabad and went to work with multinational corporations. Mohan was also a part of multiple startups and has two patents in his name.

In 2017, Mohan applied for government’s Technology Incubation Scheme and received funding for his dream project – to establish an incubation centre to support startups that promote accessible innovation in the disability sector.

His company – ArtiLab Foundation was launched officially in 2018. The 36-month programme of the Foundation incubates startups and organisations that work towards building solutions for people with disabilities.

Mohan believes that it is the attitude of acceptance and self-help that made it possible for him to make strides in his professional career despite the weakening locomotive ability.

I have been dependent on a wheelchair for the last six years and I have no qualms in saying that I am disabled. Acceptance has given me the strength to excel in whatever endeavor I choose. I am disabled and asking for help does not make me any less than anyone else, Mohan tells TBI.

Elaborating on the need to build an inclusive society he says:

Unless I do something for myself, how can I expect others to help me? This is the kind of attitude needed to build an inclusive society. The disabled community should be the rallying point and must take a lead in bringing a difference. 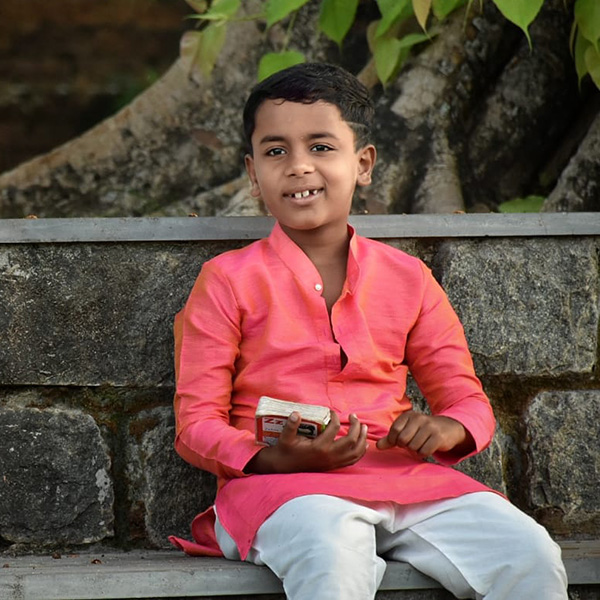 Nayan S from Kerala’s Kollam district might have difficulty holding a pen and reading a line, but he has already written two books. He was barely seven when he received the title of being the world’s youngest autistic philosopher.

The National Institute of Speech and Hearing (NISH) had suggested Nayan’s parents to use a laptop or a mobile phone to communicate with him.

His mother, S Priyanka, started teaching him the alphabet which gradually progressed into sentences. His ‘literary’ journey began with a poem published by the NISH in 2016. Two years later,  his first book, ‘The Journey of My Soul’, was published.

Today, he can understand 14 languages including Sanskrit, Arabic and Kannada. 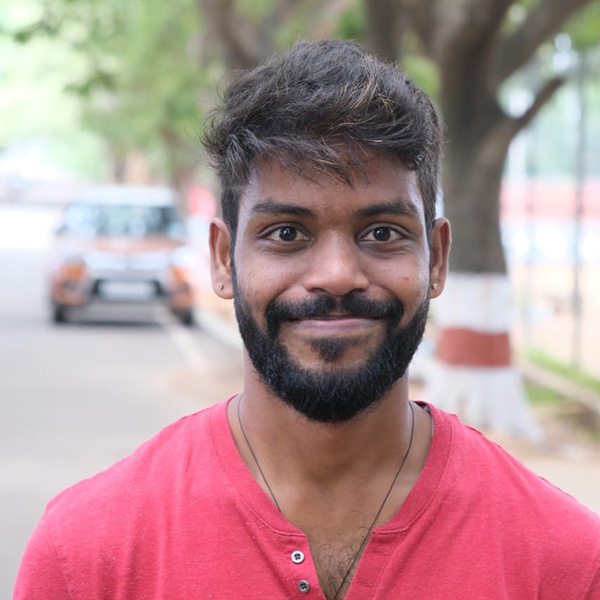 Pratap R was born with speech impairment and was diagnosed with cerebral palsy at the age of four. After he completed his schooling, he did his post graduation in Commerce and is currently working with a multinational bank in Bengaluru as a Senior Business Analyst.

Apart from excelling in his career, Pratap is actively involved in conducting awareness drives and sensitisation sessions in corporations.

As a part of an NGO, he has been instrumental in empowering over a hundred people with disabilities by training them in computer programmes.

“There is a lot to discover in one’s life. I’ve been a champion of my life by fighting with my challenges. I am a music buff and I see dance as a metaphor for life. I wish to create a space of togetherness and inclusion,” he says. 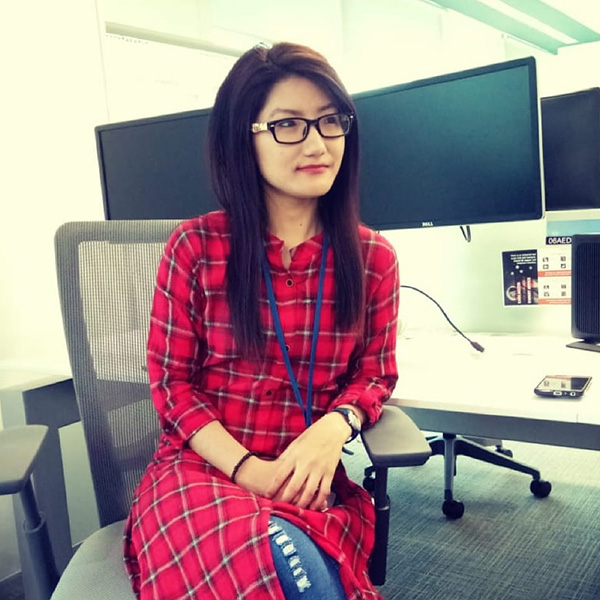 Rariyang Pura is a Software Engineer at a multinational banking company in Bengaluru. She has speech and hearing impairment. The disabilities have not stopped the young woman from following her interests including dance and social work. She aims to become an entrepreneur.

She will be the first host at Indian Inclusion Summit (IIS) to give her speech in sign language.

Apart from the unsung heroes, the summit will have well-known speakers like Nobel Peace Prize recipient Kailash Satyarthi; Safak Pavey, a Turkish Diplomat and also the first woman with disabilities elected to the Turkish Parliament, Andhadhun director, Sriram Raghavan and others.

The Need to Establish An Inclusive Society

To put in simple words, inclusion is when people are accepted in society and are not discriminated on their physical appearance. Every individual is equally given a chance to choose their identities. An inclusive society will not disregard anyone’s opinions or feelings.

“An equal society does not mean that our actions are based on sympathy. Instead, we should build an atmosphere that starts with empathy and end in compassion towards our fellow humans,” says Ferose.

It is when the public infrastructure like roads and transport, workplaces and educational institutes have a universal design and are more disable-friendly. And finally, spreading awareness about the idea of inclusion to ensure that stereotypes or stigmas do not prevail. The foundation, through its activities aims to bridge the gap by scaling the idea of inclusivity.

For instance, The Inclusion Fellowship offered by the foundation promotes inclusion by supporting upcoming entrepreneurs, artists, policy makers and anyone working in the disability space. The one-year fellowship programme provides mentorship. It connects the fellows with social investors, entrepreneurs, NGOs that are working in the disability sector.

While the fellowship focuses on bringing the disabled into the mainstream, the walkathon aims at educating the common man. In the one-of-its-kind walkathon, people walk in pairs and assist each other to complete it.

Each individual is paired with a person with special needs. If neither of the partners have any mobility constraints, then one of them is blind-folded. This year more than 1,000 people from Chennai and 5,000 people from Bengaluru participated in the inclusive walkathon.

This year’s summit is expecting over a thousand participants. If you wish to register for the summit click here.