And that’s not all. From boosting the food output of unirrigated farms to providing sanitation in rural homes, Avni Singh put his heart and soul into making villages in 4 Indian states self-sufficient.

W hen Ram Kumar, a resident of the Bijawar block in MP’s Chhatarpur district, was a child, his summers were marked by water problems and the departure of male members to urban areas.

The recurring droughts forced my father and uncles to migrate, while my mother would walk several miles to fetch water from a neighbouring village, begins Ram in a conversation with The Better India

The men would return during monsoons to work on their farms only if the rainfall patterns were enough to provide water and refill the Barana river basin, which is a major source of water for the village.

As our cities reel under severe water crises, it is important for each one of us to save as much as we can. Presenting our bestsellers that save up to 80% water.

The issue of drought, scanty rainfalls and migration continued till Ram graduated from college. Then, in 2013, the situation changed drastically.

Not only did the problem of water scarcity vanish, but the plot of land owned by his family started yielding up to 25 quintals of produce as against 3-4 per acre.

How did this happen?

Singh and the other farmers in the block, thank the water conservation steps taken by Avani Mohan Singh, the founder of an NGO named Haritika, which was founded in 1994 and works in rural areas to turn water-scarce regions into water abundant ones.

So far, Singh has worked in 500 villages across Madhya Pradesh, Uttar Pradesh, Maharashtra and Odisha and impacted close to ten lakh families.

The son of an IAF officer, Avani grew up in different towns and cities across the country. From Assam, Delhi, Pune, Gorakhpur to Kanpur, he has lived in rural and urban areas.

After completing his Masters in Zoology from Gorakhpur University, he pursued a one-year course on Environmental Education from the Centre for Environment Education, Ahmedabad.

The course was “life-changing. I worked with various environmental organisations tackling issues like water, farming, tree plantation, and so on. The extensive fieldwork was my wake up call to work for the development sector, he tells The Better India.

However, due to family pressure, he decided to take up a well-paying job in a pharmaceutical company in Mumbai.

While I continued with the job for some time, I did not let my passion fade away. I would interact with the founders of NGOs working in the same area to understand the operations and expertise required. Finally, in 1994, I found the courage to quit and start Haritika. Of course, my family members were severely opposed to the idea; some even called me insane for leaving the job. But I did not budge, he adds. 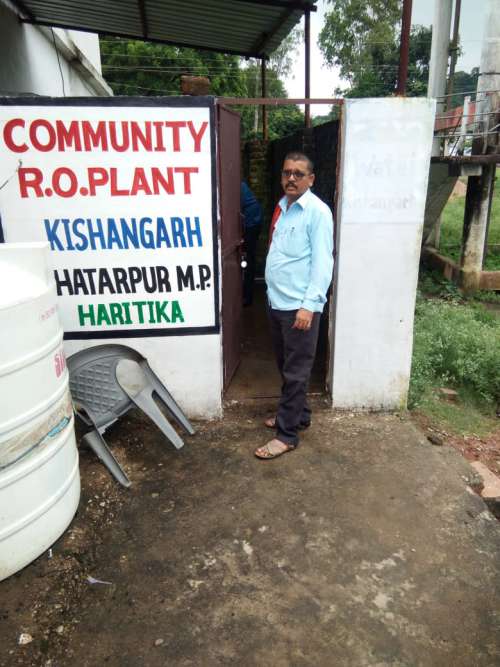 If there was anything he learnt from his personal experience of living in multiple regions and the fieldwork he had completed, it was how people were clueless about managing water resources.

Low rainfall in rural areas leads to rampant extraction of groundwater so that the population can meet its household and agricultural needs. Meanwhile, the ponds and lakes go dry due to waste dumping and pollution, and when there is rainfall, there is no way to conserve water and this, in turn, disrupts their lives. It is a vicious circle, explains Singh.

Singh also throws light on the plight of Bundelkhand, where he has carried out the majority of his projects. Located in Central India, close to 70 per cent of the land is used to grow food. Of this, only 10 per cent of land is highly fertile. As a result, the remaining land requires more water and care. Several farmers end up taking loans and live in debt forever.

Sanitation is another problematic area. Open defecation was rampant, and I came across so many cases where women and girls would feel unsafe every time they had to relieve themselves. So, I decided to work in this field as well.

Working towards the Solution

After collecting his savings and leaving his house, Singh moved to Jhansi’s Rund Karari block. He single-handedly carried out a survey to identify households without toilets and drinking water supply and took up the task to supply both. The NGO was new and thus getting funds from corporates was not possible, so I approached the District Rural Development Agencies (DRDA), Jhansi that oversees the implementation of different anti-poverty programmes.

With funds from the DRDA and the beneficiaries, Singh was able to install toilets and construct pipelines for drinking water within a year.

The success gave his work much-needed validation and the confidence to address more significant problems. He also understood the importance of government schemes and how they could help him in the mission.

Schemes Used For The Upliftment of the Locals One of the most significant schemes that Singh has implemented to improve the plight of farmers drastically is the Integrated Watershed Development Programme.

The scheme focuses on water conservation methods and farming techniques that can increase the yield. Under it, we have helped several farmers to shift from single-cropping to intercropping. Haritika trained the farmers, and the government provided seeds for free.

Haritika also revived the already constructed water harvesting structures like dams, ponds and nalas with the CSR funds of organisations like Wateraid, Coca Cola India, Mahindra & Mahindra, UNICEF, HDFC Bank and so on. He also got their tractors to remove the silt formed on the water bodies.

In fact, to create a sense of ownership, all the rejuvenation activities undertaken by Haritika, involve the villagers. For example, 15-20 per cent of the funding required for every activity is contributed by the villagers.

Under the Drought Prone Areas Programme, the state government granted 65 lakhs to the NGO to implement the scheme over a period of five years. This scheme also aims to minimise the problems arising from drought.

Wells were dug in individual farmlands. The wells retained the rainwater, charged groundwater tables and at the same time provide water to farmers. In addition to that, community wells were also 440 dug in 40 villages in Madhya Pradesh and Uttar Pradesh. 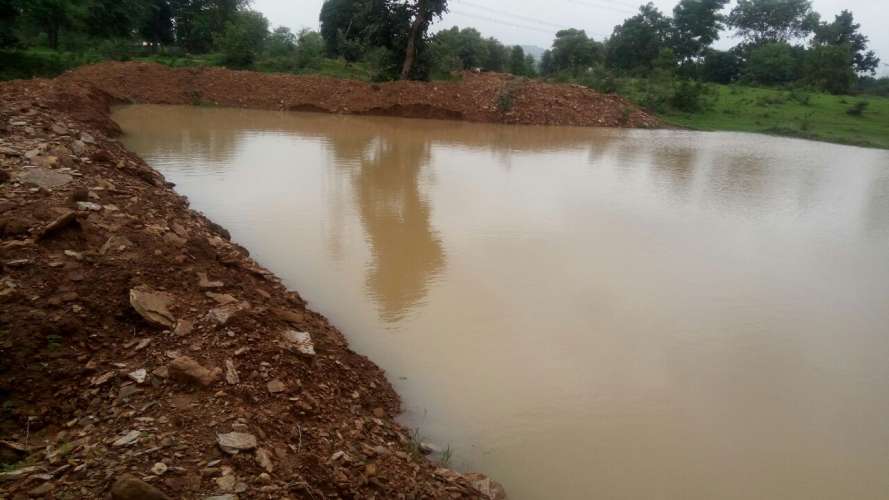 With financial assistance from National Bank For Agriculture & Rural Development, Haritika helped 36 villages in Jhansi and Chhatarpur develop fruit orchards on 2000 acre of wasteland, thus providing a livelihood to the tribals. The farmers earn up to one lakh every from selling fruits like guavas and mangoes. 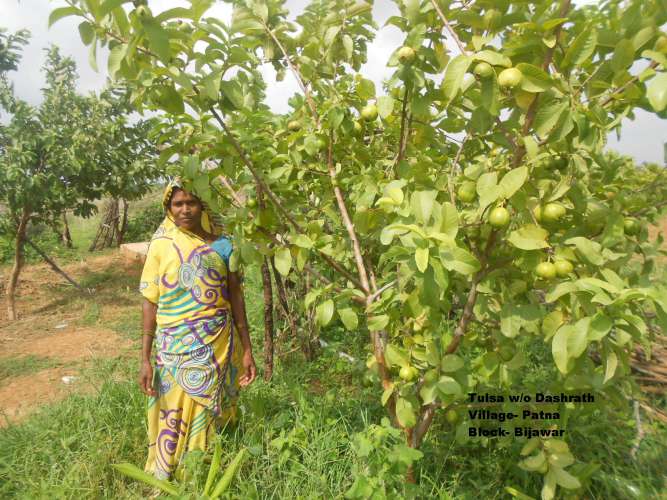 For every project, Singh and his team shift temporarily to that particular village until it is completed.

It is hard leaving my wife and son behind in Jhansi. But the satisfaction I get at the completion of the project is all worth it. I hope to continue the projects under Haritika for as long as I can.

Inspired by the activities of Haritika, Ram joined the NGO in 2015 as a Programme Manager.

I could have stayed back in my village and joined my family in farming. But I saw the difference made by the NGO, and that motivated me to be a part of it and help others, he says.

Singh has dedicated almost half of his life towards working for the betterment of others without asking for anything in return.

We, at The Better India, are proud of his actions, and hope that he inspires more people to join him in his mission.