Tanjore Balasaraswati: How A Gritty Girl From TN Took Bharatnatyam To the World 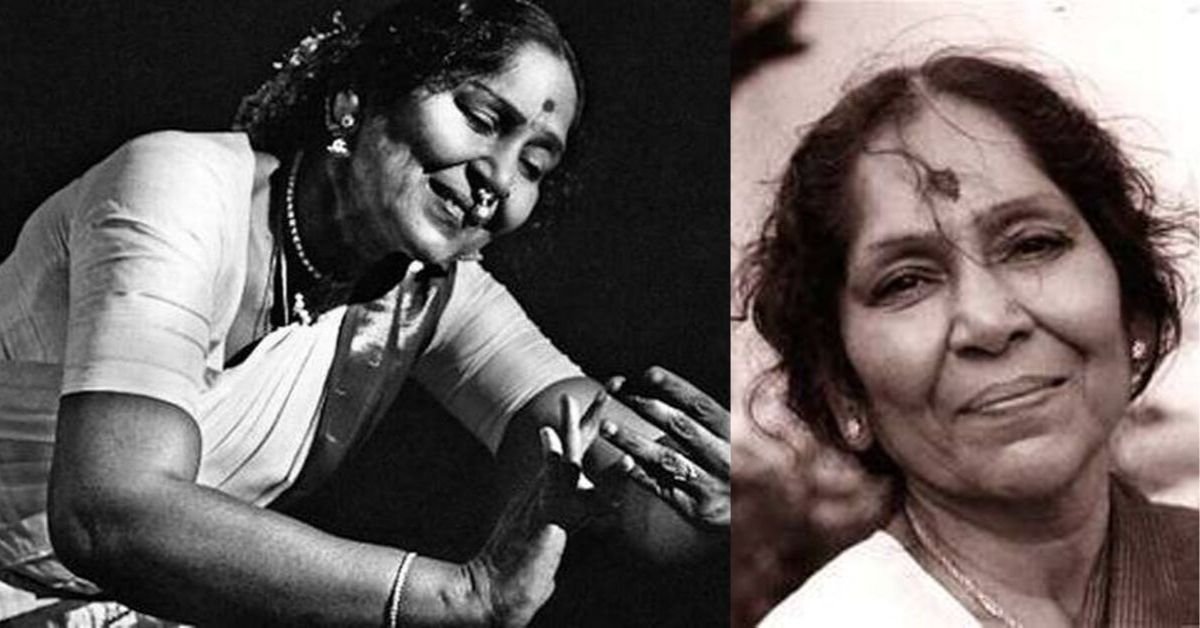 Considered on par with the world's greatest dancers like Galina Ulanova and Martha Graham, the extraordinary Balasaraswati was the first woman dancer to receive the #PadmaVibhushan, the nation's second-highest civilian award.

Bharatnayam as an artform is a way of storytelling with graceful movements and distinct facial expressions. Tanjore Balasaraswati (popularly known as Balasaraswati) was one such doyen of the classical dance form who possessed the power to uplift and electrify an audience with her mastery over the dance moves.

Want to feel energised after an active dance session? Click on this link to check out a range of organic green-teas to refresh your body with its soothing taste!

‘Little Bird’, as her friends fondly called her, was instrumental in taking Bharatanatyam to the international arena, and in the process, the skilled performer earned global popularity. A recipient of several awards, among them, the Sangeet Akadami Award (1955), the Padma Bhushan (1957), Balasaraswati’s contribution in the field of Bharatnatyam is indubitable. In 1973, the Madras Music Academy conferred on her the title of Sangeetha Kalanidhi and the same year, she also received a doctorate degree from Rabindra Bharati University in Shantiniketan in West Bengal.

And in 1977, the government of India presented her with the Padma Vibhushan, the second-highest civilian award of India after the Bharat Ratna.

But, to reach the pinnacle of success, Balasaraswati had to fight several odds.

Born in Madras (now Chennai) on 13 May 1918 in a family that excelled in different art forms, Balasaraswati was naturally drawn to dance. At the age of seven, she performed her ceremonial debut (arangetram) at the Ammanakshi temple in Kancheepuram.

Balasaraswati came from a family of artists who could trace back their lineage to T Papammal, a famous mid-eighteenth century dancer in the court of the Tanjore rulers several years ago. Thus the name, ‘Tanjore’.

Jayamahal, her mother, was a famous singer while her grandmother, Veena Dhanammal was a renowned carnatic musician who was highly accomplished in playing the veena.

As Balasaraswati grew older, she was determined to pursue a career in Bharatnatyam. However, this decision came with much opposition not only from her family but also from the society. Dance, as a full time career, was looked down upon and since her family had links with the devadasi community, her family was against her decision.

The Devadasi system flourished in the 7th century India, especially in the temple economies of the southern parts of the country. The devadasis were ‘servants of the Gods’ who were highly skilled in the art forms and performed in temples and royal courts. They held high social status and were well respected in the society. However, over time, the tradition fell into disrepute.

People belonging to upper castes in the society also looked upon Balasaraswati’s choice of career.

But, it was her grandmother Veena, who recognised her potential and enrolled her for dance training under the tutelage of Guru Kandappa Pillai. At the same time, she also practiced under the guidance of Chinnaya Naidu and Gauri Ammal, who taught her the chants and the art of abhinya (expressions). She flourished under the care of these maestros and practised day and night to pursue her dream of becoming a dancer.

When she was invited to perform in Calcutta (now Kolkata) at the All Bengal Music Conference in 1934, Balasaraswati became the first Bharatnatyam dancer to perform outside her native state. One of the attendees at the event where she performed to Jana Gana Mana, was the Bard of Bengal, Rabindranath Tagore.

Uday Shankar, a well-known dancer, invited her to the event in Calcutta and then went on to guide her to refine her talent. During this time, she also got an opportunity to perform abroad. In 1961, she participated in the the East-West Music Encounter Conference in Tokyo and then went to participate in the Jacob’s Pillow Dance Festival in the United States the next year, where she met world-renowned dancers like Ted Shawn and Ruth St. Denis among several others.

In 1976, the iconic filmmaker Satyajit Ray made a documentary—‘Bala’ based on her life.

Balasarawati died on 9 February 1984. But, her legacy lives on. Her home in Chennai has been converted to, ‘The Balasaraswati Institute of Performing Arts’ where young dancers can be seen trying to master the intricate movements of bharatnatyam, dreaming of following the footsteps of the dancer par excellence – Balasaraswati Tanjore.