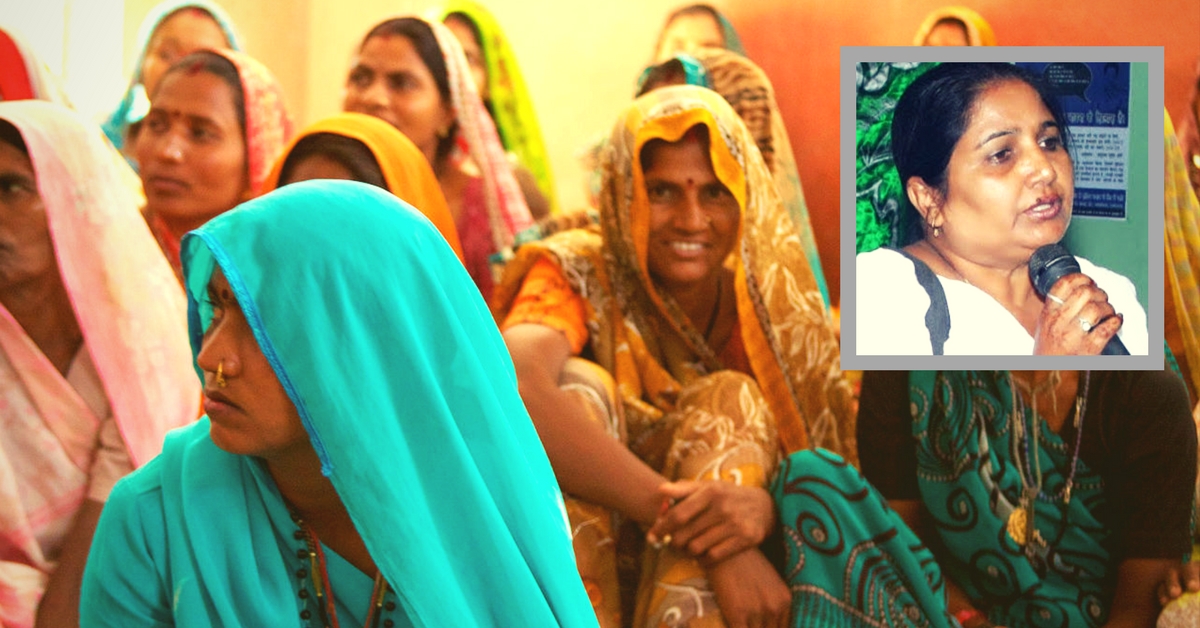 Rehana Adeeb faced sexual abuse and violence at a very early age. But today, she has not only learnt to raise her own voice but is also helping other women fight against injustices like rape, domestic violence and honour killings.

Rehana Adeeb was just 15 when her father forced her to marry a middle-aged man in Muzzaffarnagar, UP. She never got a chance to raise her voice against this injustice or go to school like she wished to. Very soon, she started to face domestic violence at the hands of her husband and uncle too. Rehana hated her life.

“At first, I did not realize that something wrong was happening to me. Being a Muslim woman, I had always lived in purdah and seen the same thing happening to other women. By the time I realized that what I was going through was not right, I was already a mother of five daughters,” recalls Rehana.

Rehana knew that she wanted to end all the violence, neglect and struggle she was going through. But she didn’t know how.

“At that time there were not many forums or NGOs like there are today. I did not know what to do and where to go,” she says.

Quite by accident, she strayed into a meeting of Disha, a local NGO that worked on issues related to women’s rights. Disha was looking for volunteers. Rehana had never stepped out of her house independently so she was reluctant to join the NGO. Moreover, she did not know how these NGOs worked. But when the NGO officials persuaded her to at least come and see their work, Rehana decided to be bold and agreed.

Rehana’s journey as an activist had begun. As she underwent training at the NGO, took on several responsibilities, and participated in activities to help women fight for their rights, her own confidence grew. All this wasn’t easy. Rehana faced beatings at home and ostracization by the Muslim community. But she persisted.

Finally, she set up her own NGO, Astitva, because she felt the lack of an organisation working on women’s rights in an area that was rife with honour killings and violence against women in the Jat and Muslim communities.

“I had faced such challenges so I know what women, especially Muslim women, go through. My main focus was on educating the girls. I also wanted to liberate women from their alcoholic and abusive husbands and give them a chance to live a better life,” she says.

By organising rallies, putting up posters, raising awareness, Rehana has been doing everything possible to make her voice heard.

She has fought for the women she works with, been arrested, and faced lathi charge. But nothing has killed her spirit.

Rekha, a nine year old girl, was gang raped and the culprits belonged to a very influential family of Uttar Pradesh. When no one was ready to come forward to show support, Rehana took the matter into her own hands. She filed a police complaint, took the case to court, and managed to get the culprits put behind bars.

“I guess that particular victory gave me a a boost. Those guys were very influential. We finally managed to have them punished. Now Rekha is grown up, she is settled in her life. Even married now. We helped her study too. It feels great,” says Rehana.

Rekha is just one example of thousands of girls and women Rehana has helped over a period of time. Once her efforts began to pay off, many people who were earlier against her started appreciating her work too.

“Everyone, even my own family, including my husband, was against me. It was my father who gave me strength and support to continue the work that I am doing,” she says.

When Rehana was invited to Beijing as a chief guest at an international conference, her credibility in her community went up.

“You know how people are. They think if I am getting international recognition I must have done something good. When I returned they all came to the railway station to pick me up with flowers and a band,” laughs Rehana.

But everything is still not going easy for Rehana. Opposition from the Khap Panchayat, lack of funds to run her NGO, and caste based ignorance are some of the challenges that she still has to struggle with. “But like before, we will overcome these challenges as well,” she says confidently.