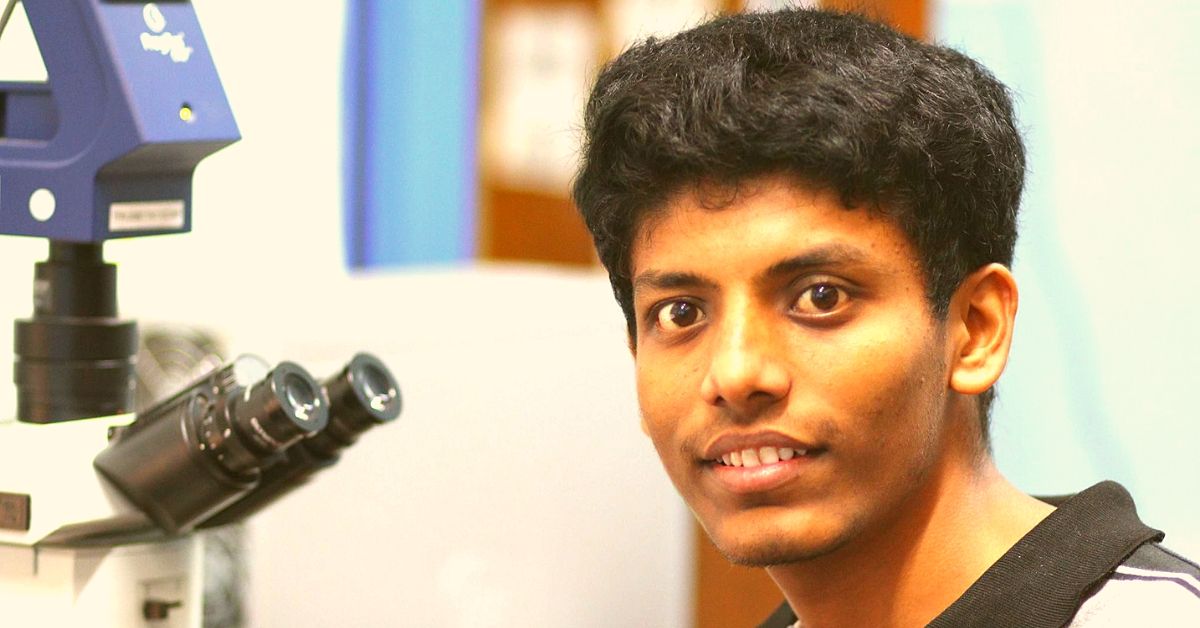 “My mother is the only person in my life who motivates me to live for the next day. Whenever I was down, she would pick me up and always tell me that the next day would be better,” says 24-year-old Jaykumar Vaidya about his single mother. #Respect #Inspiration

There were times when the local school refused to release Jaykumar Vaidya’s results until his mother paid the fees. His mother would then approach multiple non-profits and trusts to help her out and in some instances received rather unwelcome advice that her son become a driver.

But as fate would have it, Jaykumar is now a scientist who has made his way from the potholed lanes of a slum in Mumbai to the University of Virginia to pursue his PhD.

Want your child to grow up with a nuanced understanding of gender? Katha Books tries to sow the right ideas in the minds of children at a young age through their Gender Series.

He is studying nanotechnology, nano-oscillators, nanoscale device applications and architecture at the University’s Department of Electrical and Computer Science Engineering.

For Jaykumar, everything began in a tiny 8X10 sq feet home in a Kurla slum. The real hero of this story is his mother, Nalini, who was thrown out by her in-laws and subsequently divorced her husband. Things got harder when Nalini’s own mother fell ill, forcing her to give up a clerical job in 2003.

She did many odd jobs to put food on the table, besides regularly visiting the court to attend divorce proceedings that went on for a gruelling nine years. It wasn’t long before poverty arrived at their doorstep. Jaykumar recalls surviving on vada pav, samosas, bread and chai at the end of the day with his mother.

However, assistance for Nalini and Jaykumar came from a local temple trust, who helped them with rations and second-hand clothes, which the family wears till this day. Jaykumar’s home had a nonfunctional second-hand TV, refrigerator and a room which saw him through his school and college exams preparation.

Space movies and Discovery Channel that Jaykumar saw at other people’s homes sowed the seeds of curiosity in the sciences. He also remembers discussions in the neighbourhood about eclipses, and how people would lean on astrology. Instead of settling for unscientific answers, he wanted to know the real reason why these events happen. Thus, the desire to learn more about the universe drove his initial passion for science.

“However, in my engineering college, I realised that my interest lay in nanoscale physics. Take the example of microelectronics or microtechnology. You are using it right now to speak to me over WhatsApp. Here you have a large number of transistors implemented in a 100-micrometre square area. The subject I took up for my post-engineering research was also related to nanoscale physics. Now, I’m researching how to make nanoscale devices and other stuff,” Jaykumar tells The Better India (TBI).

It was Nalini who encouraged her son to give his undivided attention to his academics.

“She is the only person in my life who motivates me to live for the next day. I cannot ever repay the debt I owe her. She motivated me, and I did the same for her as well. She is the reason why I never gave up. There were times when I thought about disappearing from home, but I couldn’t leave my mother. Until she’s there, I have to be there. She is my motivation to live, become successful and help the world,” says Jaykumar.

He goes on to tell how there was never any money for school picnics, eating or hanging out with friends. By the end of the month, the family barely had Rs 10. Despite his struggles, he knew that a better day will come with hard work and patience. Even distant relatives who lived in the same colony did not help the mother-son duo.

Fortunately, the family got in touch with the MESCO Trust, which helped pay a portion of his school fees besides assisting him with interest-free loans during college. “There were individual citizens, friends and mentors like Mr and Mrs Subramanian, Anil Moraka, Baldev Sir, the Tata Trust and India Development Foundation, who helped me,” says the young scientist.

However, unhappy about living on charity, Jaykumar took up soldering work in a local TV repair shop, which paid him Rs 4,000 per month. He also worked at a clothes shop in the Kurla area and did assignments of other students.

After years of hard work and study, he finally graduated in Electrical Engineering from the KJ Somaiya College of Engineering. It was in college where he made his mark, winning three national and four state-level awards in Robotics. This was his ticket to an internship with the infrastructure giant Larsen and Toubro.

Post-college, however, he joined the prestigious Tata Institute of Fundamental Research (TIFR), where he was paid Rs 30,000 per month as a researcher. He used this money to renovate his house and buy an air-conditioner.

Besides spending his hard-earned money at home, he also applied to write for the GRE and TOEFL tests, which burnt a big hole in his pocket.

To make up for this shortfall, he began coaching international students online.

Teaching these students was amazing. In junior college, I used to teach school students. This wasn’t a new profession for me. I needed to pay off loans, renovate my home and pay for my flight ticket to the US and carry some pocket money, recalls Jaykumar.

His first student was from the prestigious Imperial College in London in 2017, but multiple requests started coming in when, in February 2019, he posted an advertisement.

And now, Jaykumar has paid back all his loans, thanks to his strong will.

Jaykumar ensured his international students got a CGPA of at least 8.5 out of 10, thanks to the timely assistance from TIFR and Professor Mandar M Deshmukh, a mentor and his “support system”. One of his students even scored a 9.7. The parents of these students thanked him for his mentoring, and in them, Jaykumar found people who he can count on in the US.

Working in TIFR for three years set the foundations that would propel Jaykumar for the PhD programme. “He is an unusually hard-working person, and I have not seen many like him,” says Professor Mandar, speaking to Mumbai Mirror.

During his time at the TIFR, the budding scientist published two scientific papers in reputed international scientific journals in 2017 and 2018 respectively. These papers caught the attention of the University of Virginia where Jaykumar joined as a graduate research assistant.

Jaykumar’s plan for the future is to make India self-reliant in hardware technologies, and in the next two years, bring his mother to the United States.

Today, he earns a monthly stipend of $2,000, of which he spends only $500 for hostel fees and petty expenses while sending the rest to his mother.

“After my PhD, I want to get an industrial job and eventually set up a company in India. I want India to become a self-reliant manufacturing hub of technology. I also want to help girl children and underprivileged students in fulfilling their potential,” says Jaykumar.