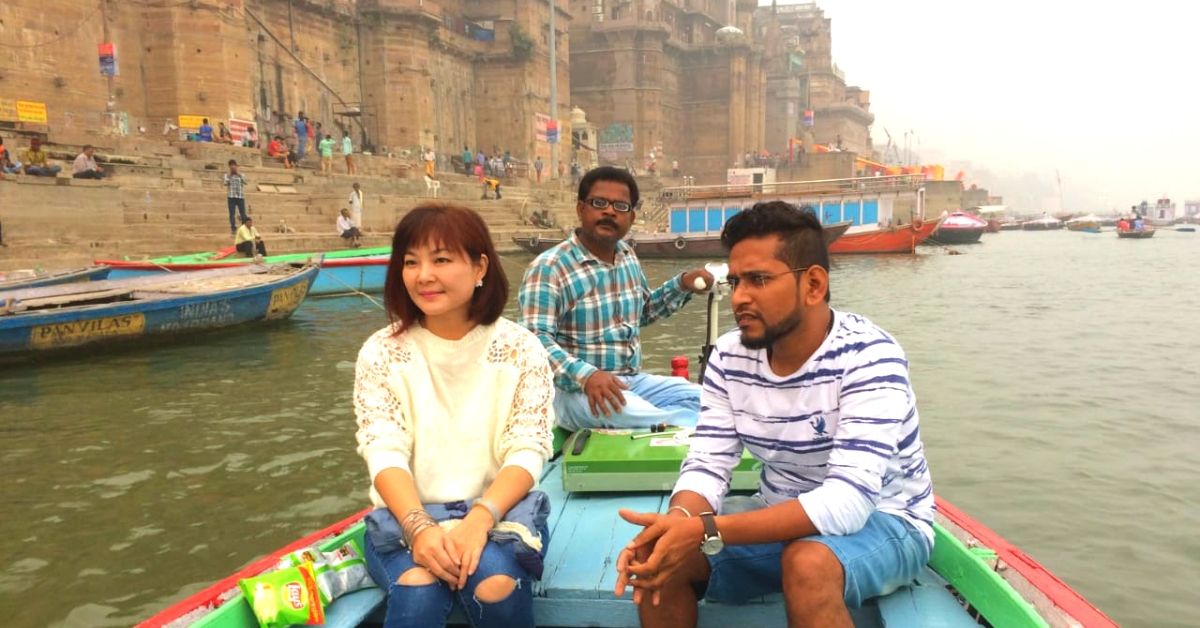 Thanks to solar energy, weavers in Varanasi no longer have to sit ideally every time there is a power cut or work extra hours to meet the orders.

Life for Varanasi-based Mohammad Gulzar and Mahinder Sahni have changed for the better now. Where Gulzar is a weaver, masterfully crafting the famous Banarasi Sarees that bring foreigners to his doorstep in Mahmoodpur village, Varanasi, Mahinder ferry the same tourists around the Ganges on his boat.

What has changed for the duo is that they now work with solar-powered machines that have made their pockets happier, work easier, and the environment greener.

We all know that using electrical appliances means high electricity bills. Check out these energy-efficient appliances that you can use at home.

All thanks to the Delhi-based TERI (The Energy and Resources Institute) and their solar-powered looms and boats.

For nearly three decades, Gulzar has been working with gold and silver zari (brocade). The weaver has an impressive list of local and international clientele. Till 2000, the 40-year-old handcrafted the sarees and later shifted to power looms. While the looms proved to be a boon that quickened the weaving process, erratic power supply often stalled his work.

Though a generator backup ensured uninterrupted work, it would take a minimum of 10 minutes for the loom to restart. In the meanwhile, the threads broke, got entangled, and chaos reigned every time the system shut down.

It was a time-consuming ordeal to fix the problem, and at times, Gulzar even had to discard the cloth altogether.

Mahinder — a boatman, sold his boat for a diesel-run one. However, due to the rising prices of diesel, he was struggling to meet ends until a year ago. To make matters worse, the sound and polluted air issuing from his boat resulted in a loss of customers.

Apart from being environmentally-unsound and polluting, diesel operated boats also severely impact the daily net income of boatmen. Hand-rowed boats are tiresome to operate, requiring four to five hours of rowing in a day, Jitendra Tiwari, one of the engineers who worked on the two inventions, tells The Better India (TBI).

Gulzar and Mahinder represent the two popular professions in Varanasi beset with many problems.

Until TERI addressed their issues and found solutions in the form of two solar-run interventions.

TERI engineers have developed a power back up, which takes a few microseconds to generate electricity. The hybrid solar charge controller transfers the power from solar panels to the inverter which the loom uses. The surplus power gets stored in lithium batteries for back-up in case of load shedding.

The hybrid charging units for power loom are financially supported by Indus Towers under their Corporate Social Responsibility initiative.

Consequently, Gulzar’s production and profits have increased. His men no longer have to sit ideally during a power cut or work extra hours to meet the orders.

Four charging stations that run on solar energy and grid connected power have been established on the bank of the river Ganga in Varanasi to run 40 battery powered boats in the city.

“Clean energy solutions to power boats can solve the problems related to environmental damage, costs and drudgery related to both diesel-operated motorised boats and oared boats in Varanasi,” Tiwari adds.

On a two-hour charge, the boats run for 2.5 hours, which is enough to make a round of a 12 km stretch. The battery is attached to the trolling motor connected to a propeller that controls the movement of the boat.

All retrofitting work i.e. fixing of trolling motors, lithium battery and provision of centralised charging facility is done by a local energy entrepreneur selected by TERI. The charging stations run under ‘Fee for Service’ model and their regular operation and maintenance are taken care of by boatmen collectively.

Besides, Gulzar and Mahinder, around forty boatmen and four hundred weavers have benefitted from switching to clean energy-run technology made under TERI’s Energy Access for Livelihood Promotion Programme.