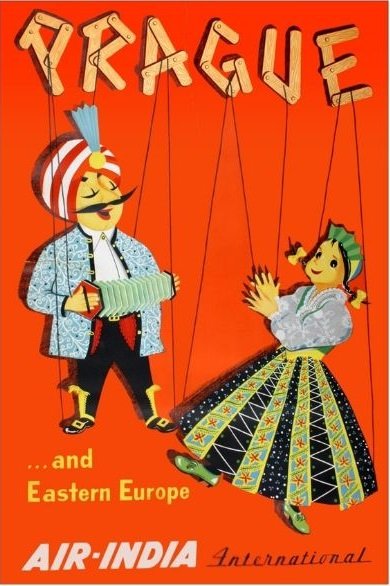 From Air India's Maharaja and Amul girl to the Gurmukhi letter in PNB's logo, these people blazed a trail in Indian design space to create symbols we all still use today! #History #IconsOfIndia

If one were to sit with their parents and grandparents, most of the stories they narrate will be peppered with references to brands that continue to exist even today—whether it was the first flight they took or the soft butter they used to bake goodies.

Want to own some indigenous pieces of art and craft? Check out the Better India shop for different options!

However, in those days, the way these brands were identified was through the logo, symbol and illustrations that the Indian “visualizers”—the term used to refer to designers in the 1950’s and 60’s—worked on.

We look at some of these iconic designs and the visualizers who brought them to life and were pioneers in the field of modern design and aesthetics.

When Nargis Wadia, a graduate of the JJ School of Art in Mumbai joined Air India’s in-house art studio as a designer in 1955, Air India’s mascot—the turbaned and mustachioed Maharaja—was used only for corporate branding.

Then came the brief to make him the face of the airline, and over the next three years, Wadia and team went on to create brilliant artwork that not only won her international acclaim, but also gave Air India the exposure it was looking for in the international market.

Before joining Air India, Wadia had a brief stint with Shilpi, an ad agency managed by Indian poet Nissim Ezekiel. Being a working woman and a professional in this field, she had to face her own set of challenges, but she came into her own as she worked in a creative and liberal work environment under people like Bobby Kooka who was the commercial director of Air India at the time.

The State Bank of India (SBI) wanted to reinvent itself after the nationalisation of 14 banks in 1969. For this purpose, they got in touch with the National Institute of Design (NID) with the logo being created and adopted on October 1, 1971.

The keyhole symbol in the middle of the circle was designed by Shekhar Kamat. The team also comprised of Vikas Satvalekar, guided by Prof Dashrath Patel who was the Head of Design Department. It was Mahendra Patel who later went on to design the font to go with the symbol.

The iconic Amul girl sporting a red polka-dotted dress is forever etched in our memories.

Did you know that she was created by ace illustrator, Eustace Fernandes? From the blue hair to the frock, it was Fernandes who gave form to the idea of the Amul girl.

It all began in 1966 when Sylvester DaCunha, then the managing director of the advertising agency, ASP, clinched the account for Amul butter. Around the same time that Nisha DaCunha, Sylvestor’s wife, coined the simple yet catchy phrase “Utterly Butterly Delicious” Fernandes created the adorable moppet, and the combination went on to create history!

Fernandes worked on the Amul account  till 1969 and then started Radeus Advertising in 1974.

Hindustan Petroleum (HP), Titan, the Essar Group, Raheja Corp., Kissan, IDBI Bank and Centurion Bank—all these brands have one man in common. Sudarshan Dheer. He is the person who designed the logos or brand identities for these and over 100 more.

“The HP logo is a circle within which the oil spouts from the bottom and spreads to the sides. The circle represents the distribution of oil across the length and breadth of India,” said Dheer in an interview.

With a government diploma in graphic design and fine arts painting, Dheer worked in ad agencies like National Advertising and MCM, and eventually opened his own studio, Graphic Communication Concepts in 1974.

With the advent of the television medium, for anyone in the ’70s, Doordarshan is what strikes the mind. Devashis Bhattacharya, a student at the time with NID, Ahmedabad designed the symbol for the country’s public broadcaster. Indira Gandhi, the Prime Minister at the time, selected this out of the 14 designs that were presented to her by NID. The symbol was to depict, “the yin and the yang,” he said in an interview.

A legendary calligrapher and an academic type designer, RK Joshi was brought up in Kolhapur, Maharashtra and studied at Sir JJ Institute of Applied Art in Mumbai in 1952.

A believer in bringing in indigenous traditions to his design statement, Joshi made the symbol of the Punjab National Bank in the Gurmukhi letter form enclosing a circle, signifying a cash deposit in safekeeping. The orange colour also compliments the Indian ethos and traditional image.