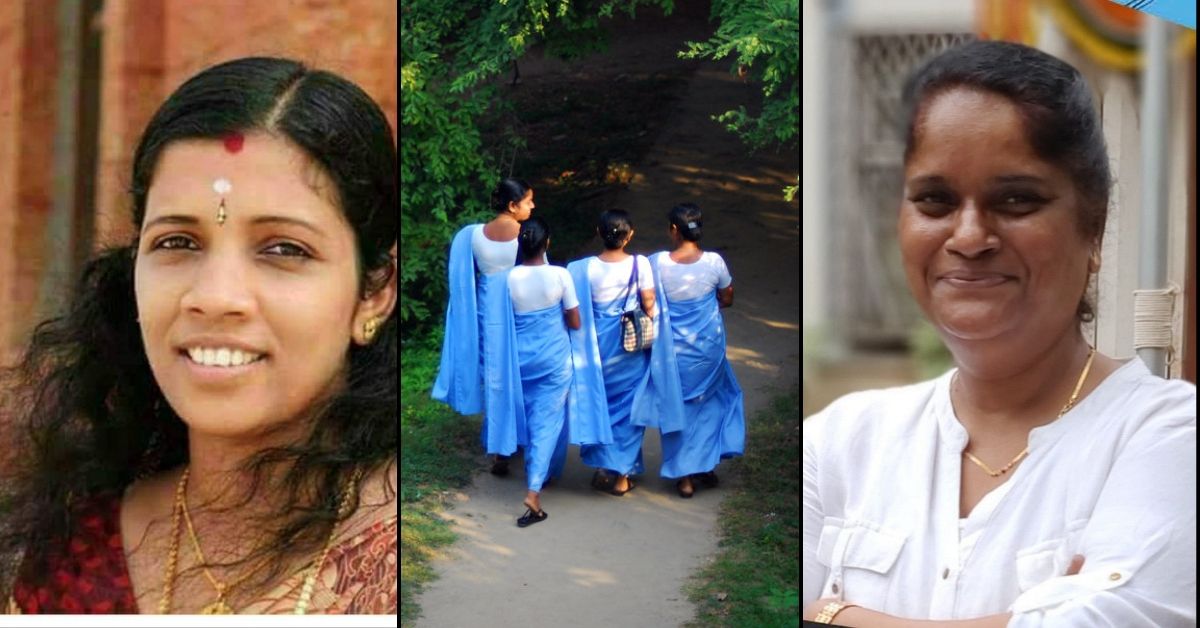 From saving 20 pregnant women during the 26/11 attack to sacrificing her life to treat Nipah patients, these nurses epitomise relentless care, commitment and above all, human compassion. #Respect

This article has been sponsored by Max Bupa.

“Save one life, you are a hero. Save a hundred lives, you are a nurse.”

This is a common saying among nurses, a community which, despite its humongous contribution to the medical care sector, is often found in the shadows.

It is these individuals, who bear the human touch, every step of the way.

So, this Raksha Bandhan, Max Bupa Health Insurance is paying tribute to unsung heroes of medical healthcare in India, by launching a unique #SabKiSister campaign. Through this, they aim to celebrate the invaluable contribution of the nurses.

Let’s look at these three amazing nurses who have pushed boundaries to show compassion and care for their patients.

26/11 is a date that India is unlikely to forget. The commercial capital of the country was held hostage, as a group of terrorists wreaked unprecedented havoc at pre-selected landmarks and claimed hundreds of lives.

Nurse Anjali Kulthe was on night duty at the time and was in charge of about 20 pregnant women.

She was looking out of the window, when she spotted two terrorists, who were later identified as Ajmal Kasab and Abu Ismail. Rattled by the sight of the lifeless bodies they left behind while approaching the hospital entrance, she quickly ran up to shut the doors of the antenatal care ward.

Even as the terrorists made every effort to infiltrate the premises, she managed to move all the pregnant women and some of their family members into a small pantry space at the far end of the ward.

“Ismail fired two bullets in our direction from the window. One bullet ricocheted off the wall and grazed an ayah’s hand, due to which she started bleeding profusely,” she recalled while speaking to Mid-Day.

From alerting the doctor to call the police for help, to rushing the ayah to the casualty ward to tend to her wounds, she did it all while protecting the pregnant women, and keeping herself alive.

She continued to put her life at risk to tend to her patients, especially one who went into labour during the ordeal, all while heavy firing ensued in the background.

On a fateful night like that, it was her courage that kept the boat rocking. Like many, the trauma, however, continues to churn her memories at night, but her fearlessness and an unparalleled sense of duty is what sets her apart, and makes her a true hero.

For Sunita Thakur, a Chhattisgarh-based ANM (Auxiliary Nurse Midwife), fear is a distant concept. One that she overcomes every single day when she crosses a river filled with deadly crocodiles, on a makeshift boat to ensure that the women living in Naxal regions of Dantewada have access to good healthcare.

“I am determined to do my work. I cross the Indravati river using a makeshift boat on my own and walk across a thick forest to get to the village where I treat villagers. It is an 8-10 km journey that I cover on foot and by crossing the river every day,” said Sunita, as reported in Indiatimes.

From the turbulent waters to wild animals, Sunita has had to come face to face with death several times. But, despite the fear, her dedication and commitment to ensure outreach of medical help in the remotest of villages, has kept her going.

“Sajeeshetta, I’m almost on the way. I don’t think I will be able to see you again. Take care of our kids well. Ensure that you take the little one to the Middle East, at least once. PLEASE, don’t remain single, as our father did.”

These are the words in a letter that Lini Puthussery left behind for her husband before succumbing to the fatal Nipah virus infection.

A nurse in her 30’s she was a mother of two, but before that Lini was a nurse, who was part of the team treating the first Nipah-infected patient at Perambra Hospital in Kozhikode.

For her work and the well-being of another, she sacrificed her life and was cremated even before her family could get one last glimpse of her, as the hospital had a strict safety protocol in place for such an event.
Lini’s poignant letter has been shared across social media with the hashtag #RIPAngelLini, and many believe that it epitomises the young woman’s dedication to her thankless profession.

Max Bupa’s heartwarming video narrating the story of an elderly individual and his compassionate nurse puts the spotlight on these individuals who are more than just caregivers. This Raksha Bandhan, remember to thank and appreciate such inspiring individuals in your life.